The Real Religious Values are Liberty and Equality 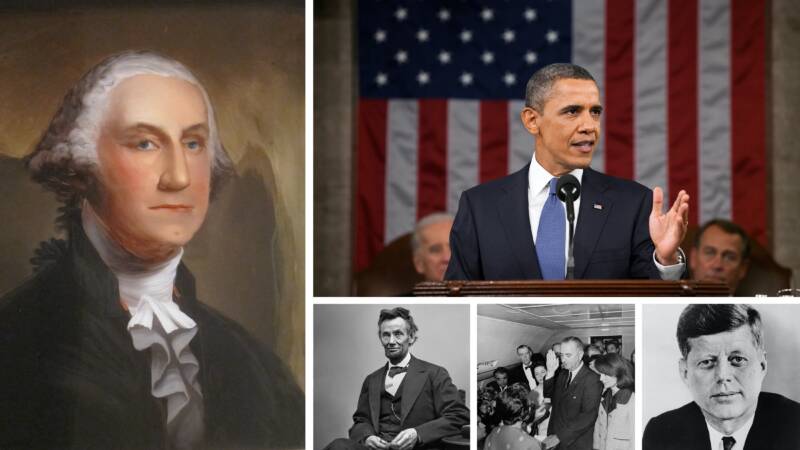 Good morning. Well, as Jim has just reminded us, today the new President of the United States will deliver his inaugural address, the 57th since George Washington’s first in 1789. And though we’ve no idea what he’ll say, we can make a pretty good guess as to what he’ll do. He’ll renew the covenant. That’s what American Presidents do. Because although American politics are based on the separation of Church and State, they are built on a very religious foundation indeed.

The idea of covenant came from the Hebrew Bible. It’s what the Israelites made at Mount Sinai in the days of Moses. They were a group of slaves, fleeing from persecution. And that’s how the pilgrim fathers on the Mayflower in 1620 saw themselves.

Covenant societies are rare. They happen when a group of people decide they want to create a new kind of social order, to do which they pledge themselves to a set of ideals. That’s what Abraham Lincoln meant in the Gettysburg Address when he spoke of “a new nation, conceived in liberty, and dedicated to the proposition that all men are created equal.” And that’s what American Presidents commit themselves to on their Inauguration.

They use religious language. In 1961 John F. Kennedy spoke about the revolutionary belief for which Americans fought, that “the rights of man come not from the generosity of the State, but from the hand of God.” In 1965 Lyndon Baines Johnson spoke of how they came here, “the exile and the stranger”, and made a covenant with this land. Four years ago Barack Obama said that “while freedom is a gift from God, it must be secured by His people here on earth.” This kind of politics is unique here in the West.

Of course it’s full of dangers. It can lead to arrogance, self-righteousness, and hypocrisy. It took Civil War before America abolished slavery, and the battle for racial equality isn’t over yet.

But at its best, the covenant idea reminds American Presidents that there’s more to politics than politicians. That they’re accountable not just to interests but also to ideals. And that they must speak to what Lincoln, in his first inaugural, called “the better angels of our nature.”

In an age when religious is so often associated with violence and oppression, it’s no small thing to remember that America was founded to prove the opposite. To show that the real religious values are liberty and equality, and that’s still the great battle of our time.