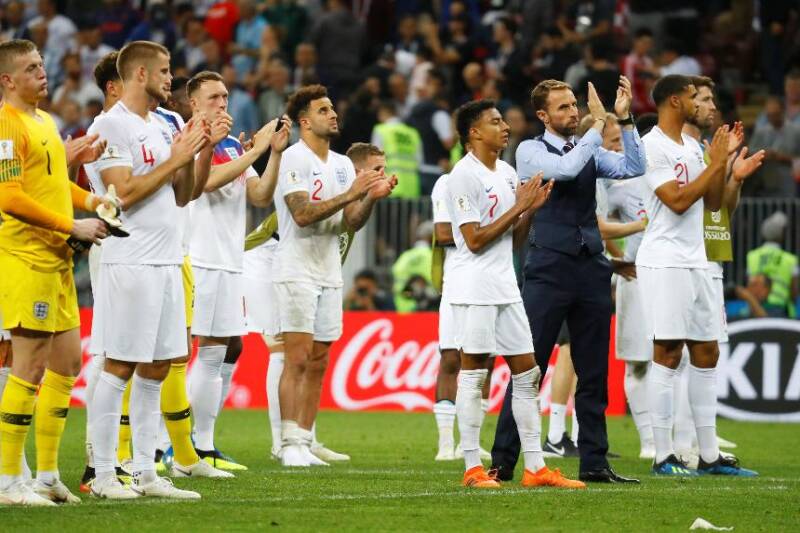 Houses of worship tend to be rather empty today. So if the proverbial anthropologist from Mars came down to earth now and asked, ‘Where do the crowds congregate to see the great human drama symbolically enacted?’ I think you’d have to say: a football stadium. That’s where a ritual is performed, where masses of people feel the collective effervescence that French sociologist Emil Durkheim thought was the essence of religious experience, where we invest our faith in our side against the world, a faith sometimes sorely tried but once in a while richly rewarded.

So even though I’m sad about Wednesday’s match against Croatia, I’d like to propose a vote of thanks to the England team, who did so well, and like Denry Machin in one of Arnold Bennett’s novels, succeeded in the noble cause of cheering us all up, at a time when we really needed it.

And although football is in the end just a game, the England team embodied certain values that apply much more widely. First they played like a team. They weren’t a group of individualists trying to impress us with how good they individually are. They worked together; their discipline was strong; their main concern was with the team as a whole. We could do with more of that everywhere today.

Second, they knew their success mattered to the country as a whole. I watched a group of people watching a match in a pub. They came from every ethnicity, yet they were knitted together in the most inclusive way. It was national identity without nationalism, and it was beautiful.

And third there was the manager, Gareth Southgate, who’s not only brought back the waistcoat but also courtesy, kindness, hard work, and simple plain decency. He didn’t exaggerate, didn’t emote, he gave thanks and praise to everyone, and reminded us of a great forgotten truth, that the really effective leaders are those who combine personal humility with fierce ambition for those they lead.

So, no, religion isn’t a game, and football isn’t a religion, although the late Bill Shankly used to say, football isn’t a matter of life and death; it’s much more serious than that. But the England side did give us back some English pride, and reminded us of some real spiritual truths: that the team is bigger than the players; that the game is bigger than the team; and that occasionally for a nation to roar its applause when someone scores a goal is just plain good for the soul.