Togetherness is good for the body, not just the soul 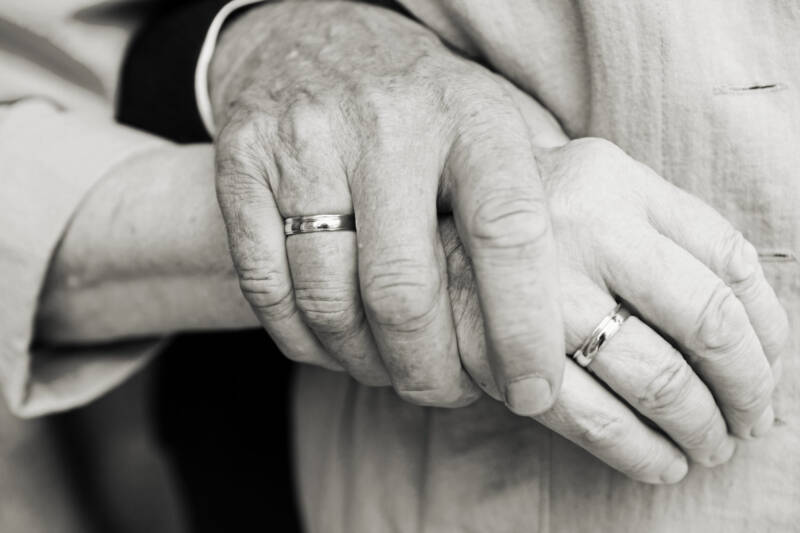 I was struck this week by the strong words of Britain’s most senior family judge, Sir James Munby, who called it “absolutely shocking and a profound indictment of our society” that elderly, married couples were being split and separated against their will, when one or both had to move into a care home. Not only is it wrong, he said, it’s also dangerous, because when people lose contact with their partners they can die of a broken heart.

While we were reading this together, my wife Elaine reminded me of the story told by Laurie Lee in his autobiography, Cider with Rosie. He described an elderly couple, Joseph and Hannah Brown, who lived nearby, inseparable and seemingly indestructible. Then suddenly, simultaneously, they grew frail. Neighbours found them both on the kitchen floor, she feeding him, and both too weak to stand. They were okay, they said, but the health authorities insisted that they both be moved to the workhouse where, for the first time since they were married, they were separated. Within a week, both were dead.

Two weeks ago in Vancouver, I heard a Canadian neuroscientist, Susan Pinker, tell of her journey to a village in the mountains of Sardinia that had more centenarians than almost anywhere else in the world. What was it that gave its inhabitants such outstanding longevity, she wanted to know. Was it the climate, the diet, the doctors, or the people’s genes? It turned out to be none of these things. The people were poor and hardworking, shepherds and farmers, in an inhospitable environment. What made the difference was the strength of their family life. The elderly lived surrounded by relatives: spouses, children, grand-, and great-grandchildren. The young took it as an honour to spend time with the old, and no one was left alone for long.

In medical terms it’s this constant social bonding that releases the endorphins and neuropeptides that strengthen the immune system and boost the power of recovery. Put simply, love heals.

Conversely, one of the greatest health hazards in the contemporary West is that ever more people are living alone. Isolation increases stress, lowers immunity, and reduces life expectancy. The judge was right. Togetherness is good for the body, not just the soul.

The Bible puts it simply: “Though I walk through the valley of the shadow of death, I will fear no evil, for You are with me.” We can face the future without fear when we know we will not face it alone.