Truth emerges from disagreement and debate 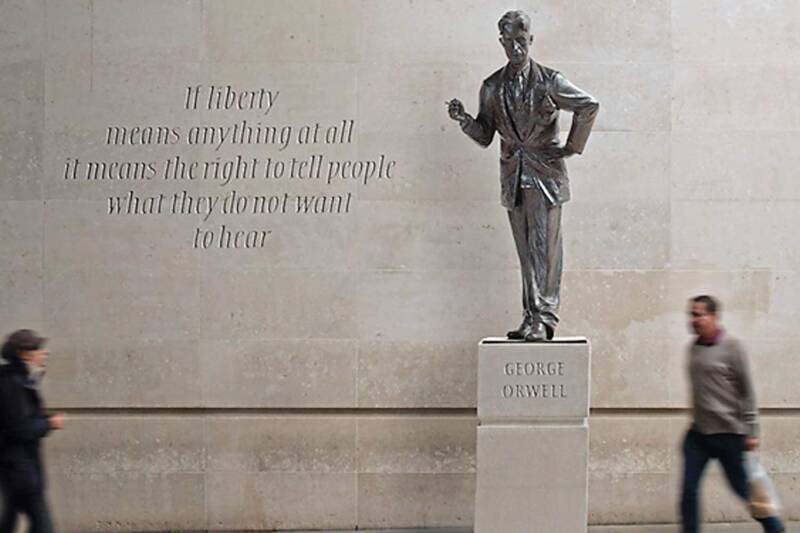 Coming in to Broadcasting House this morning I saw for the first time the statue unveiled this week, of George Orwell, with its inscription on the wall behind, “If liberty means anything at all, it means the right to tell people what they do not want to hear.” How badly we need that truth today.

I’ve been deeply troubled by what seems to me to be the assault on free speech taking place in British universities in the name of “safe space,” “trigger warnings,” and “micro-aggressions,” meaning any remark that someone might find offensive even if no offence is meant. So far has this gone that a month ago, students at an Oxford College banned the presence of a representative of the Christian Union on the grounds that some might find their presence alienating and offensive. Luckily the protest that followed led to the ban being swiftly overturned. But still…

I’m sure this entire movement has been undertaken for the highest of motives, to protect the feelings of the vulnerable, which I applaud, but you don’t achieve that by silencing dissenting views. A safe space is the exact opposite: a place where you give a respectful hearing to views opposed to your own, knowing that your views too will be listened to respectfully. That’s academic freedom and it’s essential to a free society.

And it’s what I learned at university. My doctoral supervisor, the late Sir Bernard Williams, was an atheist. I was a passionate religious believer. But he always listened respectfully to my views, which gave me the confidence to face those who disagree with everything I stand for. That’s safety in an unsafe world.

And it’s at the very heart of my faith, because Judaism is a tradition all of whose canonical texts are anthologies of arguments. In the Bible, Abraham, Moses, Jeremiah and Job argue with God. The rabbinic literature is an almost endless series of Rabbi X says this and Rabbi Y says that, and when one rabbi had the chance of asking God who was right, God replied, they’re both right. “How can they both be right?” asked the rabbi, to which God’s apocryphal reply was: “You’re also right.” The rabbis called this, “argument for the sake of heaven.”

Why does it matter? Because truth emerges from disagreement and debate. Because tolerance means making space for difference. Because justice involves Audi alteram partem, listening to the other side. And because, in Orwell’s words, liberty means “the right to tell people what they do not want to hear.”