Rabbi Sacks appears on The US Holocaust Museum’s podcast 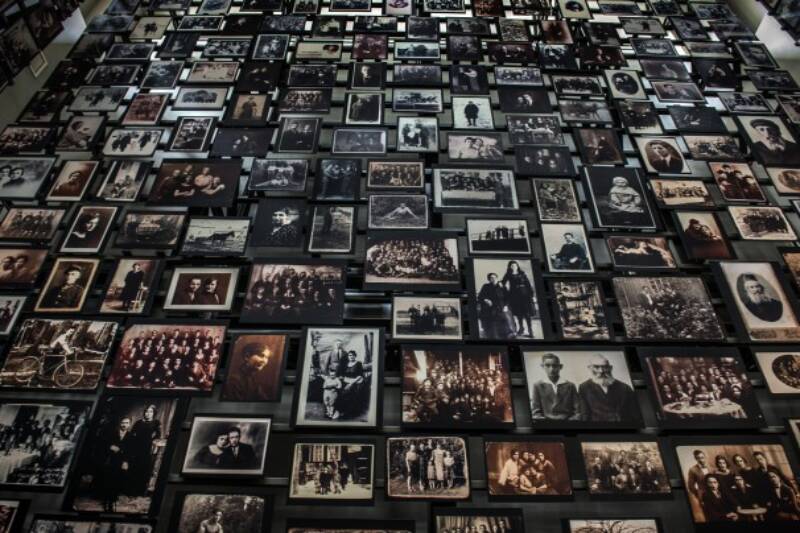 In April 2014 Rabbi Sacks appeared as a guest on a podcast for The US Holocaust Museum’s ‘Voices on Antisemitism’ series. He spoke to Aleisa Fishman about the ways in which antisemitism has mutated and evolved over time.

What is involved in hating Jews, or hating whoever, is such a complex phenomenon, and it involves a great deal of self-deception and suppression of things that you know to be true.

Rabbi Lord Jonathan Sacks served as Chief Rabbi of Great Britain and the Commonwealth for 22 years. Now a visiting professor at several universities in the United States and Britain, Sacks discusses the ways in which antisemitism has mutated and evolved over time.

Welcome to Voices on Antisemitism, a podcast series from the United States Holocaust Memorial Museum made possible by generous support from the Elizabeth and Oliver Stanton Foundation. I’m Aleisa Fishman. Every month, we invite a guest to reflect about the many ways that antisemitism and hatred influence our world today. From his home in London, here’s Rabbi Lord Jonathan Sacks.

It is very, very difficult to give a public justification for hating a particular group of people, a generic group who include clearly people who are completely innocent of anything you might accuse them of. And therefore antisemitism has historically always had to justify itself by authentication from the leading pristine source of moral authority within the culture. Now in the Middle Ages there was only one candidate, and that was religion. And therefore in the Middle Ages, antisemitism was religious anti-Judaism, and that is how it was manifested mainly in Europe.

And of course when it came to the nineteenth century – when you are dealing with an enlightened, rationalistic, scientific Europe – religion did not carry that kind of authority, and therefore what had authority in the culture at the time was science. Science was the carrier of gravitas, and anything that was established scientifically was basically beyond reproach. And therefore in the nineteenth century antisemitism justified itself in terms of two disciplines that were then considered sciences, even though now we consider them now only pseudo-sciences.

One was the so-called scientific study of race, which argued that humanity was divided into different races and they had different characteristics and there were more civilised and more primitive races. And the second one was the doctrine known as Social Darwinism, which had significant followers in Britain and in the States, but it was in particular taken very seriously in Germany. And of course Social Darwinism said that the same rule applies in human history as applies in biology, which is that the stronger races survive by eliminating the weaker races.

So we find in 1879, a German journalist called Wilhelm Marr coins this new word “antisemitism” to define a new phenomenon, which is hatred of Jews on the grounds of race.

Now ever since the Holocaust, to talk in terms of race has been impossible, and even to talk in terms of science has not been as easy as before because obviously after World War II we realised that science had given us the capacity to destroy all life on earth. And therefore what emerged in the years after the Holocaust as the fundamental moral authority within a culture was the concept of human rights.

And that is why in the new antisemitism – one of whose launch pads was the so-called United Nations Conference against Racism in Durban in August of 2001 – Israel was accused of the five cardinal sins against human rights, which are: racism, apartheid, ethnic cleansing, crimes against humanity, and attempted genocide. So that is really the basic form of the new antisemitism. It’s directed, not as in the past on Jews as members of a religion or Jews as members of a race, but Jews in their national capacity as either citizens of or supporters of the State of Israel.