We Must Never Forget the Holocaust 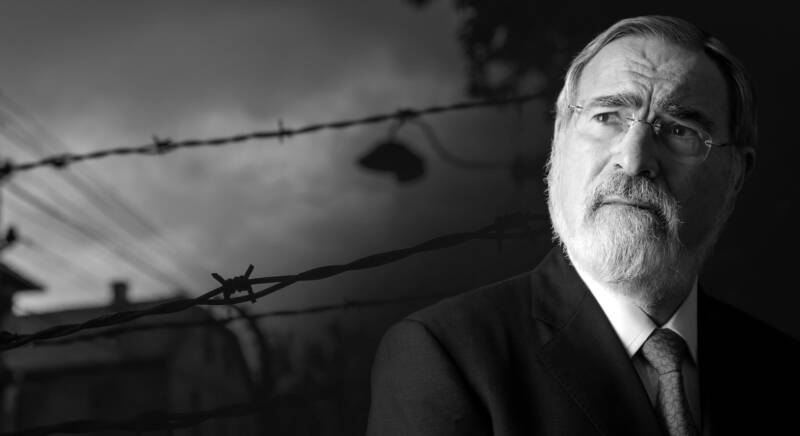 (From an address by Rabbi Sacks marking Yom HaShoah in 2000)

The Holocaust has become more than a Jewish tragedy. It has become, for the West, a defining symbol of man’s inhumanity to man. Some Jews oppose this, but they are wrong.

There is a difference between Jewish and general remembrance of the Holocaust. For us, it is a grief observed. We remember the two-thirds of the Jews of Europe, among them a million and a half children, who were shot, gassed, burned and turned to ash or, in some cases, buried alive: the greatest tragedy of a tear-stained history.

We remember whole communities of Jews from Sweden in the north to Greece in the south, from France in the west to Russia in the east – people who were no conceivable threat to anyone – who vanished into the black hole in the heart of Europe.

Among them were families who had lived in certain lands for almost a thousand years and yet they found they were still regarded as strangers without the most basic of human rights, the right to life.

The Holocaust was more than a Jewish tragedy. It was a human tragedy. Auschwitz did more than claim the lives of its victims. Something of the image of God that is humanity died there too. That’s why everyone must remember where the rail-tracks of hatred end.

There is one mistake we must never make, namely to think that the victims of persecution are its cause. There was a time when Jews believed that they could cure antisemitism. Were they not hated because they were different? Well, then, they would make every effort to become the same. One by one they abandoned the distinctive features of Jewish life. They integrated, acculturated, assimilated. But antisemitism did not end. If anything, it grew.

Those who hate need no reason to hate. Jews were attacked because they were rich and because they were poor. They were condemned as capitalists and as communists. Voltaire accused them of being primitive and superstitious; others called them rootless cosmopolitans. Antisemitism was protean and logic-defying. It exists in countries where there are no Jews. That is why Holocaust remembrance must not be confined to Jews alone. The victim cannot cure the crime. That demands the rule of law, a respect for justice, and a constant effort of education.

The imperative of remembrance never ends. Bosnia, Kosovo, Rwanda, Chechnya, Northern Ireland, and the Middle East – all these and many others are our reminders that ethnic and religious conflict still scar our world.

Holocaust Remembrance Day does not imply that the Shoah was the only tragedy of modern history. To the contrary, it reminds us that, unchecked, hatred can take many forms and claim many kinds of victims.

Our best defence is not abstract principle but specific memory, the knowledge of what happened once and must never happen again.