We Need Side by Side Dialogue, Not Just Face to Face 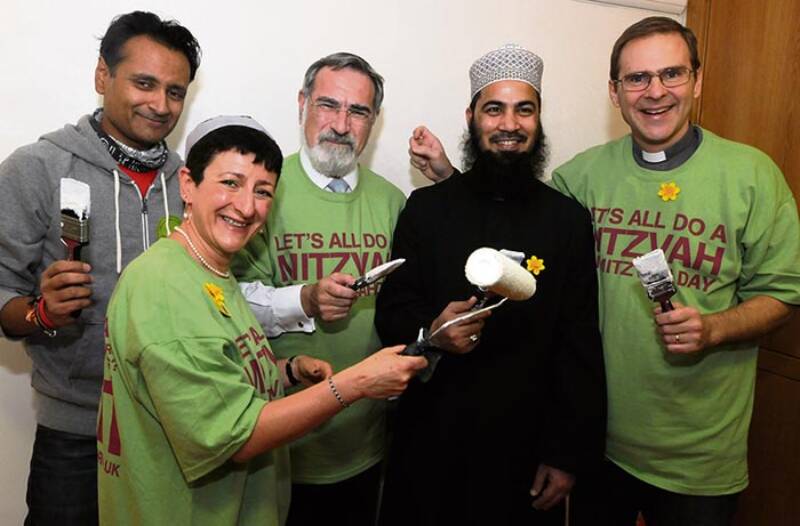 At a time when religion seems to be fuelling conflict in many parts of the world, it’s good to be able to tell a very different story here in Britain in Interfaith Week.

It began a few years ago with a programme in the Jewish community called Mitzvah Day. ‘Mitzvah’ is the word we give to a good deed, especially when the love of God leads us to act lovingly to neighbours and strangers. It’s what we try to do throughout the year.

Then the idea was born of bringing together all our voluntary groups one day a year to extend the hand of friendship beyond the boundaries of faith. Almost immediately this struck a chord with the Hindu community who instituted their own Sewa day along similar lines. Soon other groups were joining in, Christian, Muslim, Sikh and many others. Until this year it’s become something called A Year of Service, in which all the faith communities in Britain are undertaking projects of social action to help those in need.

It sounds simple but I think it may prove to be one of the more transformative experiments of our time. The reason is this: Throughout history, religion has been one of our great sources of altruism, of service to something larger than the self. But it’s often been bounded altruism, limited to the people with whom we share a faith. The track record of religions in relation to people of other faiths or none has been patchy at best, and at worst, unspeakable. It’s led to crusades, holy wars and jihads, until honest believers stopped and said: there must be a better way. But how do you create peace between faiths?

There are two different ways. One is face to face, by doing dialogue, sharing our respective beliefs, but it’s a long, slow process, undertaken by rare and special people, and can easily be undone. The other is what I call side by side, which happens when people of different faiths, instead of talking together, do social action together, recognising that whatever our faith we still need food, shelter, safety and security. Our basic humanity precedes our religious differences.

What Mitzvah Day and Year of Service have shown is that side by side can sometimes reach deeper than face to face. Through simple acts of helping one another, former enemies can become friends. In this time of turmoil in the Middle East, might this not be one way in which Jews, Christians and Muslims together might open a new road-map of hope?