When in despair, think of your set task 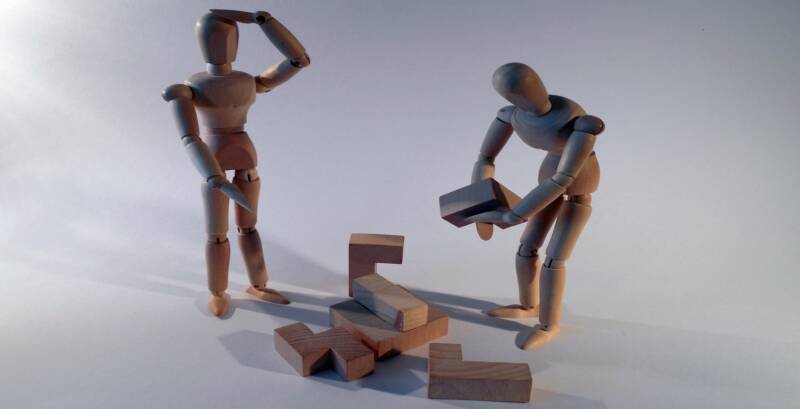 One question, asked in faith, has the power to change a life. I know because it changed mine. It happens when you ask: what is God calling on me to do in these circumstances at this time? To believe in Divine Providence is to trust that God is interwoven in our lives. This does not make suffering less painful. But it opens a door that leads us to the light. It helps us live a life that is an answer to God’s call.

I learned this from the biblical story of Joseph. Envied and hated by his brothers, he was sold into slavery by them, lucky not to be killed. Eventually he became viceroy of Egypt, second only to Pharaoh. The brothers, arriving in Egypt to buy food during a famine, do not realise that the man in royal robes is their brother. After putting them through a series of trials to show that they had repented of what they did, Joseph revealed his identity and forgave them – the first act of forgiveness in literature. The book of Genesis, a set of variations on the theme of sibling rivalry, ends on this sublime note of reconciliation.

How was Joseph able to forgive? The Bible tells us. He says to his brothers: “Do not be distressed and do not be angry with yourselves for selling me here, because it was to save lives that God sent me ahead of you … So then, it was not you who sent me here, but God.” This is one of the most transformative passages in the Bible. It explains how Joseph was able to free himself from the hurt and humiliation he surely felt at being betrayed by his own family.  Nowadays this is called cognitive behavioural therapy. Joseph changed the way he felt by changing the way he thought.

Evidently he had asked himself, “Why has God put me through this suffering?” But there are two ways of asking it, and it makes all the difference which way we do. One is oriented to the past: “What did I do to deserve this? For what sin am I being punished?” The other is directed to the future: “What is it that God wants me to do, that I can only do here, now and in these circumstances?”

Joseph must have asked this second question often during the long years he spent, first as a slave, then as a prisoner. The answer eventually came. The moment he was taken from prison to interpret Pharaoh’s dreams – seven years of plenty followed by seven years of famine – he realised that all the seemingly random events of his life were a preparation for this moment when he was able to devise a plan that would save a whole region from starvation. As soon as he had these thoughts, he was able to forgive his brothers. His fate, he now knew, was not about them at all. “It was not you who sent me here but God.” That one thought has the power to cure resentment and banish pain.

Whenever we come close to despair, the strongest lifeline is to think like Joseph. That is how psychotherapist Viktor Frankl saved the lives of several of his fellow prisoners in Auschwitz, by helping them realise that they had a task to perform or a mission to fulfil that they could only do by surviving. This gave them the will to live. People who have suffered tragedy have often found meaning by alleviating the suffering of others. The grief may not disappear but it is redeemed. The adagio, with its intense sadness, is not the last movement of the symphony.

Seen through the eyes of faith life is not what Joseph Heller called it: “a trashbag of random coincidences blown open in a wind.” Each of us is here for a reason, to do something only we can do, and all the pain and heartbreak are bearable if we can discern God’s purpose or hear, however muffled, His call. As Nietzsche used to say, “He who has a strong enough Why can bear almost any How.”

In crisis, the wrong question to ask is, “What have I done to deserve this?” The right one is, “What am I now being summoned to do?” Each of us has a task. Every life has a purpose. We can bear the pain of the past when we discover the future we are called on to make.