When we don’t know who we are, tigers at the door can be very scary indeed 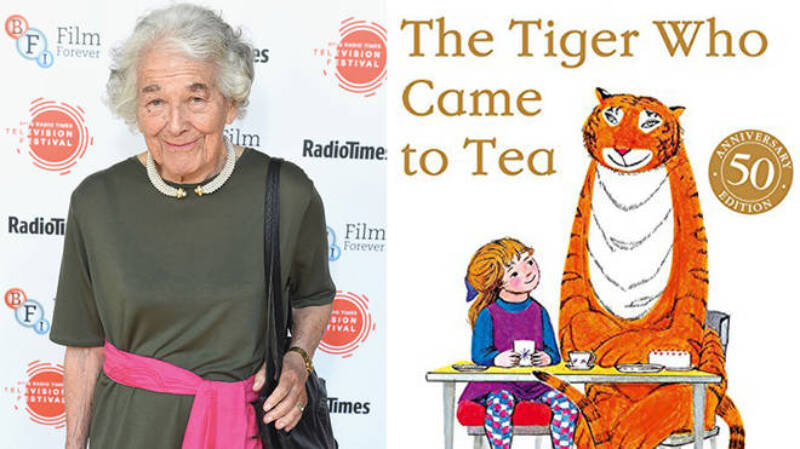 This has been a time of extraordinary turbulence in Britain and Europe. But in the middle of it, one story seemed to radiate calm, that of Judith Kerr, who died last week at the age of 95. She was the author of some of the best-loved children’s books of all time, like our own family favourite, The Tiger Who Came To Tea, and her autobiographical novel, When Hitler Stole Pink Rabbit.

Yet Judith lived through turbulence much worse than ours. A Jewish child in Berlin, in 1933 her anti-Nazi father discovered that he was about to be arrested the next day. The family fled, first to Switzerland, then Paris, then London and it was here that, to amuse her own children, she wrote and illustrated the books that made her famous.

In the first, Sophie and her mother are interrupted by a knock at the door and when they open it there is a handsome and stripey Tiger. There is no terror, no panic, they’re just bemused while the Tiger precedes to eat and drink everything in the house and then leaves. When father comes home, instead of lamenting that there is no food left, he takes them all out to have a wonderful dinner together. The Tiger never returns.

In later years, people suggested that the Tiger represented the Gestapo, but Judith always politely insisted, no. He was just a Tiger who came to tea. Either way, what Judith was doing was showing children, with grace and humour, how to conquer their fears. That is the power of storytelling, and it’s what religion at its best does so well. It gives shape to what are otherwise shapeless terrors. It tells us who we are and how to handle the unexpected and unknown.

Politics these past few years have been riven by extremism and divisiveness. In Germany on Saturday a government official warned Jews not to wear skullcaps in the street because of the rise of antisemitism, a reminder of the real risk of hatred and fear. One reason it’s happened is that we’ve focused on systems, not stories, and without stories we find it hard to say who we are. When we don’t know who we are, tigers at the door can be very scary indeed.

The Harvard psychologist Howard Gardner says that the great leaders are the people who tell the story that explains a generation to itself. We need a national story to give us identity and hope. It’s our shared stories that hold us together and give us the courage to conquer our fears.