How It Changes Us 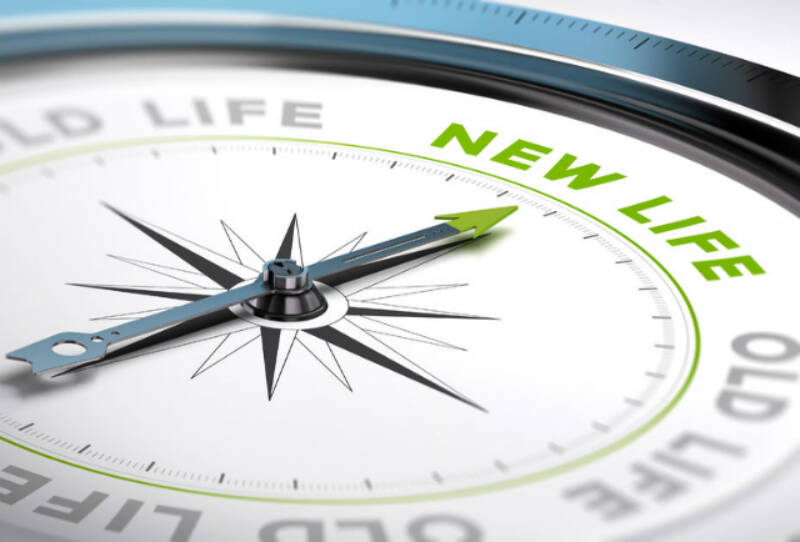 Read an extract from the Koren Sacks Yom Kippur machzor.

No religion has held such a high view of human possibility. The God who created us in His image, gave us freedom. We are not tainted by original sin, destined to fail, caught in the grip of an evil only divine grace can defeat. To the contrary we have within us the power to choose life. Together we have the power to change the world.

Nor are we, as some scientific materialists claim, mere concatenations of chemicals, a bundle of selfish genes blindly replicating themselves into the future. Our souls are more than our minds, our minds are more than our brains, and our brains are more than mere chemical impulses responding to stimuli. Human freedom – the freedom to choose to be better than we were – remains a mystery but it is not a mere given. Freedom is like a muscle and the more we exercise it, the stronger and healthier it becomes.

Judaism constantly asks us to exercise our freedom. To be a Jew is not to go with the flow, to be like everyone else, to follow the path of least resistance, to worship the conventional wisdom of the age. To the contrary, to be a Jew is to have the courage to live in a way that is not the way of everyone. Each time we eat, drink, pray or go to work, we are conscious of the demands our faith makes on us, to live God’s will and be one of His ambassadors to the world. Judaism always has been, perhaps always will be, counter-cultural.

In ages of collectivism, Jews emphasised the value of the individual. In ages of individualism, Jews built strong communities. When most of humanity was consigned to ignorance, Jews were highly literate. When others were building monuments and amphitheatres, Jews were building schools. In materialistic times they kept faith with the spiritual. In ages of poverty they practised tzedakah so that none would lack the essentials of a dignified life. The Sages said that Abraham was called ha-ivri, “the Hebrew,” because all the world was on one side (ever echad) and Abraham on the other. To be a Jew is to swim against the current, challenging the idols of the age whatever the idol, whatever the age.

So, as our ancestors used to say, “’Zis schver zu zein a Yid,” It is not easy to be a Jew. But if Jews have contributed to the human heritage out of all proportion to our numbers, the explanation lies here. Those of whom great things are asked, become great – not because they are inherently better or more gifted than others but because they feel themselves challenged, summoned, to greatness.

Few religions have asked more of their followers. There are 613 commandments in the Torah. Jewish law applies to every aspect of our being, from the highest aspirations to the most prosaic details of quotidian life. Our library of sacred texts – Tanach, Mishnah, Gemara, Midrash, codes and commentaries – is so vast that no lifetime is long enough to master it. Theophrastus, a pupil of Aristotle, sought for a description that would explain to his fellow Greeks what Jews are. The answer he came up with was, “a nation of philosophers.”

So high does Judaism set the bar that it is inevitable that we should fall short time and again. Which means that forgiveness was written into the script from the beginning. God, said the Sages, sought to create the world under the attribute of strict justice but He saw that it could not stand. What did He do? He added mercy to justice, compassion to retribution, forbearance to the strict rule of law. God forgives. Judaism is a religion, the world’s first, of forgiveness.

Not every civilisation is as forgiving as Judaism. There were religions that never forgave Jews for refusing to convert. Many of the greatest European intellectuals – among them Voltaire, Fichte, Kant, Hegel, Schopenhauer, Nietzsche, Frege and Heidegger – never quite forgave Jews for staying Jews, different, angular, countercultural, iconoclastic. Yet despite the tragedies of more than twenty centuries, Jews and Judaism still flourish, refusing to grant victory to cultures of contempt or the angel of death.

The majesty and mystery of Judaism is that though at best Jews were a small people in a small land, no match for the circumambient empires that periodically assaulted them, Jews did not give way to self-hate, self-disesteem or despair. Beneath the awe and solemnity of Yom Kippur one fact shines radiant throughout: that God loves us more than we love ourselves. He believes in us more than we believe in ourselves. He never gives up on us, however many times we slip and fall. The story of Judaism from beginning to end is the tale of a love of God for a people who rarely fully reciprocated that love, yet never altogether failed to be moved by it.

Rabbi Akiva put it best in a mere two words: Avinu malkeinu. Yes, You are our sovereign, God almighty, maker of the cosmos, king of kings. But You are also our father. You told Moses to say to Pharaoh in Your name: “My child, my firstborn, Israel.” That love continues to make Jews a symbol of hope to humanity, testifying that a nation does not need to be large to be great, nor powerful to have influence. Each of us can, by a single act of kindness or generosity of spirit, cause a ray of the Divine light to shine in the human darkness, allowing the Shechinah, at least for a moment, to be at home in our world.

More than Yom Kippur expresses our faith in God, it is the expression of God’s faith in us.