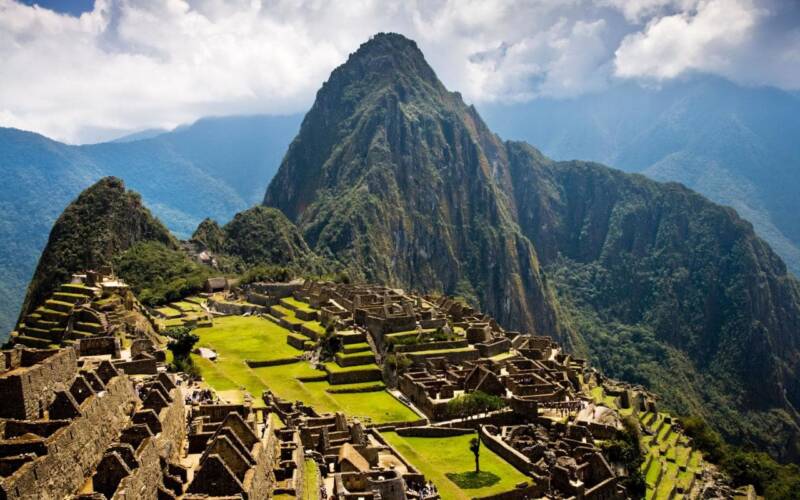 I’ve just come back from the trip of a lifetime, from the Galapagos Islands where the young Charles Darwin had his first intuition of natural section and the origin of species, and Machu Picchu, the almost perfectly preserved ruins of an Inca citadel set high in the Peruvian mountains. And it was strange to hear, from so far away, of the political turmoil happening in Britain these past few weeks. Was there, I wondered, some insight to be gained from that kind of distance?

As I was asking myself that question, I caught sight of a sentence attributed to Darwin, inscribed on the inside wall of the boat in which we were travelling. “It is not the strongest or most intelligent who will survive, but those who can best manage change.” And that it suddenly occurred to me was at the heart of the turbulence that’s recently affected so much of the world, including Britain.

We are living through some of the most rapid and dramatic changes the world has ever seen, and this has divided whole societies, between those who welcome change and those who feel threatened by it, and all its economic, social, and cultural repercussions. Change is threatening. It’s one of the reasons that species, cultures, even civilisations become extinct. And seldom has the world changed faster and more relentlessly than it’s doing now.

And then I thought back to the history of my own faith and I wondered, what was it about Judaism that allowed my ancestors to keep going through centuries of uncertainty, never knowing when the next expulsion or persecution would happen, or whether the friends of today would become the enemies of tomorrow. What is it about a faith that gives a people the courage to manage change?

Three things. First, we never lost our sense of identity, of who we were and why. In all our festivals we remembered our ancestors’ journey through the wilderness in search of freedom. Second we never lost our sense of hope, that God was with us on the way however distant he sometimes seemed. And third, we never forgot the destination, a world of justice, compassion and peace, not yet reached but glimpsed, as it were, from afar. If you remember where you come from, where you are going to, and why, you can handle change because you have a map of values that don’t change.

Perhaps we all need a little faith right now to help us through a turbulent world without fear.