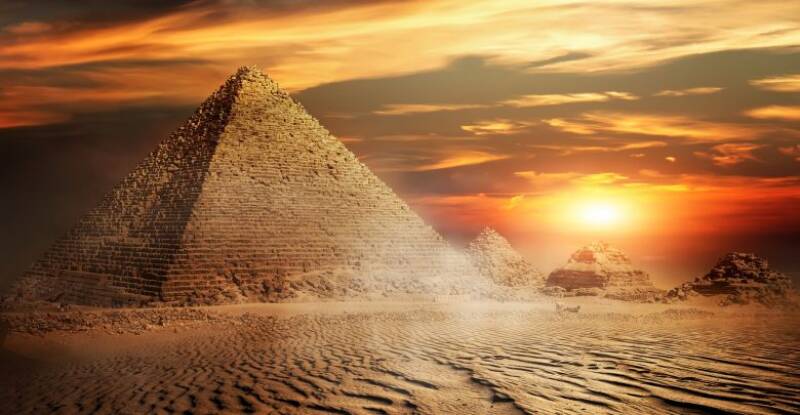 Avadim Hayinu is the third section found in our Seder Night Guide, aimed at giving you some ideas and thoughts on several of the core pages from the Haggadah and how Rabbi Sacks understands them. We have created a PDF of the full Seder Night Guide, as well as separate PDFs, so that you can pick and choose which sections to download, print, and discuss at your Seder Table.

This is the start of the act of Maggid – the actual telling of the story of the Exodus. It is also the start of the response to the questions asked in the Ma Nishtanah. Before we delve into the depths of the story of the Exodus itself, the Haggadah makes sure we realise how we are personally affected by this historical event. It reminds us that if not for the Exodus, we would still be slaves in Egypt! This passage also explains that the mitzvah of telling the story of Exodus is for everybody, (even the old and wise) and the story should be told at length to make it impactful.

One of the rules of telling the story on Pesach is that each person must feel as if they had personally left Egypt. History becomes memory. The past becomes the present. At this stage, therefore, we speak of the continuing consequences of the past. Had the Exodus not happened, and the Israelites stayed in Egypt, none of the subsequent events of Jewish history would have occurred. What and where we are now is the result of what happened then.

There is a fundamental difference between knowing and telling the story. We do not tell the narrative of the Exodus to know what happened in the past. We do so because each telling engraves that event more thoroughly in our memories, and because each year adds its own insights and interpretations. Judaism is a constant dialogue between past and present, and since the present always changes, there is always a new juxtaposition, a new facet of the story. The Sages said, ‘There is no house of study without chiddush, some new interpretation.’ The story of Pesach never grows old, because the struggle for freedom never ends, and therefore each generation adds its own commentary to the old-new story.

What new aspect of the story (or the Haggadah) have you discovered this year? Share it with everyone at your Seder.

To be a Jew is to know that over and above history is the task of memory. As Jacob Neusner eloquently wrote: “Civilisation hangs suspended, from generation to generation, by the gossamer strand of memory. If only one cohort of mothers and fathers fails to convey to its children what it has learnt from its parents, then the great chain of learning and wisdom snaps. If the guardians of human knowledge stumble only one time, in their fall collapses the whole edifice of knowledge and understanding” (Neusner on Judaism: Religion and Theology). More than any other faith, Judaism made this a matter of religious obligation. Pesach is where the past does not die, but lives in the chapter we write in our own lives, and in the story we tell our children.

Why do you think education has become so important in Judaism, and what impact has that had on Jewish history?

On Seder night we try to feel as if we ourselves are being freed from slavery in Egypt. During a point in the evening when the younger people seem less engaged (perhaps after we read of the Four Children, until it’s time for the Ten Plagues) send them away from the table to find costumes and prepare their own play of the Exodus from Egypt.

They’ll have to work quickly! To make it more challenging, you could ask the adults to choose a new genre for the play, such as adventure, science-fiction, or fantasy. The play can then be performed later on, during the meal.