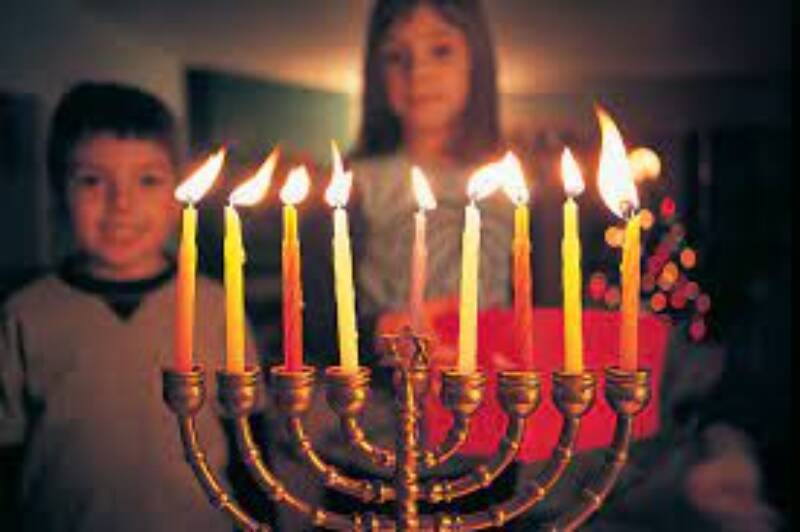 A Chanukah Message for the Second Night

We all know the miracles of Chanukah; the military victory of the Maccabees against the Greeks, and the miracle of the oil that should have lasted one day but kept the Menorah lights burning for eight. But there was a third miracle not many people know about. It took place several centuries later.

The Talmud tells us that in at least one town, Lod, Chanukah was abolished. Yet eventually the other view prevailed, which is why we continue to celebrate Chanukah to this day.

Why? Because although the Beit Hamikdash was destroyed, Jewish hope was not destroyed. We may have lost the building but we still have the story, and the memory, and the light. And what had happened once in the days of the Maccabees could happen again. And it was those words, od lo avdah tikvatenu, “our hope is not destroyed,” words that became part of the song, Hatikvah, that inspired Jews to return to Israel and rebuild their ancient state.

So as you light the Chanukah candles remember this: The Jewish people kept hope alive, and hope kept the Jewish people alive. We are the voice of hope in the conversation of humankind.

Something in the human spirit survives even the worst of tragedies, allowing us to rebuild shattered lives, broken institutions and injured nations.

That, to me, is the Jewish story. Jews survived all the defeats, expulsions, persecutions and pogroms, even the Holocaust itself, because they never gave up the faith that one day they would be free to live as Jews without fear.

Whenever I visit a Jewish school today, I see on the smiling faces of the children the ever-renewed power of that faith whose symbol is Chanukah and its light of inextinguishable hope.

In the days of the wicked kingdom of Greece, it was decreed upon the Jews that whoever had a bolt on his door must engrave upon it the words “I have no portion or heritage in the God of Israel.”

Immediately, all Jews went and pulled out all the bolts from their doors and discarded them. It was also decreed that whoever had an ox must write on its horn the words “I have no portion or heritage in the God of Israel.”

Immediately, all the Jews went and sold all their oxen.

How do the acts of defiance mentioned in this story compare to the heroism of the Maccabees?

Download the PDF to decipher the story of Chanukah, told through a muddle of words and emojis

The Chanukah Story in Emojis

There is a custom on Chanukah to play with special spinning tops called dreidels (in Yiddish) or sevivonim (in Hebrew). The Greeks forbade Jews to learn Torah and so Jews would meet in secret to learn, but if a Greek soldier walked past, they would pretend to be gambling with their dreidels. The words dreidel (Yiddish) and sevivon (Hebrew) both mean to turn or spin. The dreidel has four sides, which each feature a Hebrew letter. In Israel, the letters are Nun, Gimel, Hay and Peh. Outside Israel, they’re Nun, Gimel, Hay, Shin. The letters stand for the Hebrew phrase, “Ness Gadol Hayah Poh/Sham”, meaning, “A great miracle happened here/there” (here for those in Israel, there for those outside of Israel).

Heroism comes in small and large acts. The Maccabees were brave military fighters, but these acts from the wider populace were equally heroic and courageous. They were an act of defiance in the face of persecution, making a clear statement that their will and spirit could not be broken.

The Seleucid leader, Antiochus the Fourth, who modestly called himself Epiphanes, meaning “God made manifest”, decided to speed up the pace of Hellenisation on the Jews of the land of Israel. He made it illegal to publicly practise Judaism, erected a statue of Zeus in the Temple, and offered a pig before it as a sacrifice.

An elderly Priest called Mattityahu, and his sons and their supporters known to history as the Hammers (Maccabees), fought back. Over the next three years they scored a great victory over the Seleucids, reconquering Jerusalem and bringing it back under Jewish sovereignty. They cleansed the Temple and rededicated it, lighting the great Menorah that stood in the Temple, for a celebration lasting eight days.

Tonight’s book is Not In God’s Name: Confronting Religious Violence, an exploration of the roots of violence and its relationship to religion, with ground-breaking biblical analysis and interpretation. This is an eloquent call for people of goodwill from all faiths and none to confront the religious extremism that threatens to destroy us, and stand united.