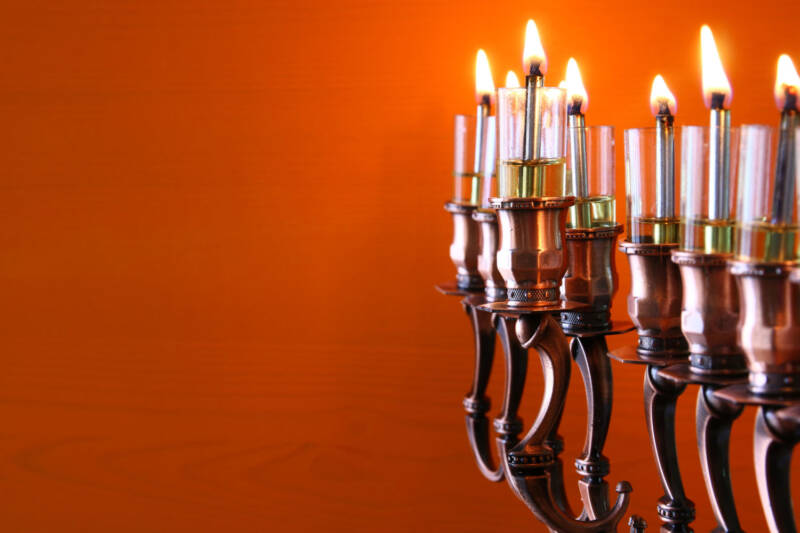 A Chanukah Message for the Seventh Night

THE LIGHT OF THE SPIRIT NEVER DIES

There is an interesting question the commentators ask about Chanukah.

Perhaps the miracle was this: That the Maccabees found one cruse of oil with its seal intact, undefiled. There was no reason to suppose that anything would have survived the systematic desecration the Greeks and their supporters did to the Beit Hamikdash. Yet the Maccabees searched and found that one cruse.

So it has always been in Jewish history. There were times when any other people would have given up in despair: after the destruction of the Beit Hamikdash, or the massacres of the Crusades, or the Spanish Expulsion, or the pogroms, or the Shoah. But somehow, Jews did not merely sit and weep. They gathered what remained, rebuilt our people, and lit a light like no other in history, a light that tells us, and the world, of the power of the human spirit to overcome every tragedy and refuse to accept defeat.

From the days of Moshe and the bush that burned and was not consumed, to the days of the Maccabees and the single cruse of oil, Judaism has been humanity’s ner tamid, the everlasting light that no power on earth can extinguish.

When I stand today in Jerusalem, or in a Jewish school, or see a Jewish couple under the wedding canopy, or see parents at the Shabbat table blessing their children, there are times when I am overcome with tears, not in sadness nor in joy, but in awe at this people who came face to face with the Angel of Death and refused to give it a final victory.

The Jewish people lives, and still bears witness to the living God.

In the days when the Greeks had defiled the Holy Temple in Jerusalem, an elderly and respected Kohen by the name of Mattityahu lived with his five sons in a town called Modi’in, near Jerusalem.

One day, the officers of Antiochus arrived in Modi’in and built an altar in the marketplace, demanding that Mattityahu offer sacrifices to the Greek gods.

Mattityahu replied to them, “I, my sons and my brothers will always remain loyal to the covenant that our God made with our ancestors! We will not obey the king’s orders, or stray from our religion one inch!”

At this moment, a Hellenised Jew approached the altar to sacrifice to the Greek gods. Mattityahu was filled with righteous outrage, so he reached for his sword and killed him. Then, together with his sons, he also killed the King’s officers, and destroyed the altar which they had built.

Knowing that Antiochus would be furious when he heard, and would send troops to kill them all, he fled to the hills of Judaea, followed by his sons, and calling out: “Whoever is for God and His Torah follow me!” And so began the Hasmonean revolt against Antiochus and the Greeks.

Do you think Mattityahu’s response was extreme? Is there a precedent for it in the Torah?

During Chanukah it is our tradition to eat oily (and yummy!) food like potato latkes and sufganiyot (doughnuts) to remember the miracle of the cruse of oil that should have only lasted one night but burned for 8 whole days and nights!

THE LIGHT OF THE SPIRIT NEVER DIES

When the core values of your very existence are threatened, extreme measures are called for. Mattityahu was a spiritual leader at this time, and had to make a stand to save Judaism and the Jewish people. His role-model in the Torah was Pinchas who made a similar stand in the face of immorality.

Tonight’s book is The Home We Build Together: Recreating Society, a sage warning of the dangers of multiculturalism which offers of an unusual religious defence of liberal democracy and the nation state, making the the case for ‘integrated diversity’ within a framework of shared political values.