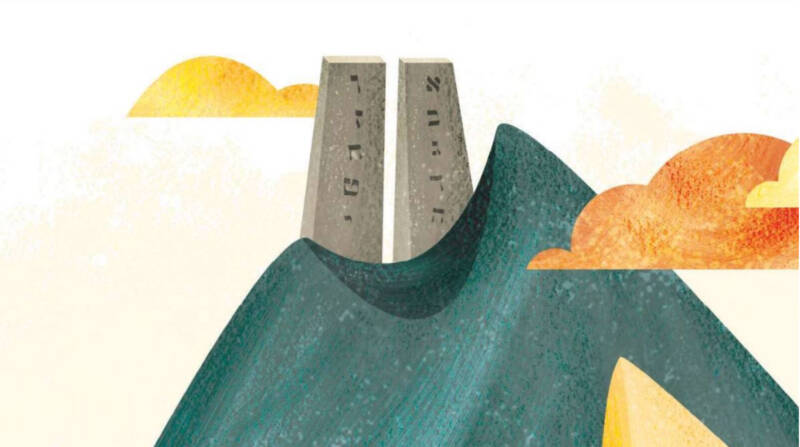 Dayeinu is the sixth section found in our Seder Night Guide, aimed at giving you some ideas and thoughts on several of the core pages from the Haggadah and how Rabbi Sacks understands them. We have created a PDF of the full Seder Night Guide, as well as separate PDFs, so that you can pick and choose which sections to download, print, and discuss at your Seder Table.

Dayeinu is a song which explores the kindnesses of God to His people on the long journey from slavery to freedom. There are fifteen stages described between leaving Egypt, reaching the Promised Land, and building the Temple in Jerusalem. This song is a tikkun, a “putting-right”, for the ingratitude of the Israelites in the Wilderness. At almost every stage of their journey they complained: about the water, the food, the difficulties of travelling, the challenge of conquering the land. It is as if we are saying where they complained, let us give thanks. Each stage was a miracle. And each miracle would have been enough to convince us that Hashem is behind all the events in our history.

Why is Shabbat specifically mentioned in Dayeinu?

Shabbat is the ultimate expression of a free society, the antithesis of slavery in Egypt. On this day, all relationships of dominance and subordination are suspended. We may not work, or command others to work, “so that your manservant and maidservant may rest as you do” (Devarim 5:15). At many times in history, people have dreamed of an ideal world. The name given to such visions is “utopia” meaning “no place”, because at no time or place have these dreams been realised on a society-wide basis. Shabbat is the sole successful utopian experiment in history. It is based on the simple idea that utopia (in Judaism, the messianic age) is not solely in the future. It is something we can experience in the midst of time, one day in seven. Shabbat became the weekly rehearsal of an ideal world, one not yet reached but still lived as a goal, of a world at peace with itself, recognising the createdness, and thus the integrity, of all people and all forms of life. If Egypt meant slavery, Shabbat is collective freedom, a “foretaste of the World to Come.”

The Exodus was more than an event in the past. It was a precursor of redemption in the future. Israel, as Moshe warned, would not dwell securely in its land. It would forget its moral and spiritual vocation. It would be attracted to the pagan culture of its neighbours. By so doing it would lose its reason for existence and find itself unable, at times of crisis, to summon the shared vision and collective energy needed to prevail against neighbouring imperial powers. It would suffer defeat and exile. But despair would never prevail. In the past, God had brought His people from slavery to freedom and from exile to the land, and therefore He would do so again. The Jewish people never completely lost faith in God, because its Prophets knew that God would never completely lose faith in His people. History intimated destiny. What happened once would happen again. That is what lies behind the words with which the Haggadah begins: “Now we are here; next year in the land of Israel. Now – slaves; next year we shall be free.” The Jewish people kept the vision alive. It is not too much to say that the vision kept the Jewish people alive…

That is what Pesach was during more than eighteen centuries of exile and dispersion: a seed planted in Jewish memory, waiting to be activated, to grow. Without it, Jews would certainly have disappeared. Lacking hope of return – hope tempered by faith into a certainty-like steel – they would have made their peace with their condition, merged into their surrounding societies and ambient cultures, and vanished, like every other culture deprived of a home. Pesach, like a seed frozen in suspended animation, contained the latent energy that led Jews in the twentieth century to create the single most remarkable accomplishment in the modern world, the rebirth of Israel, the land, the state, the nation, and the people. Michah’s vision, and Yechezkel’s, and Moshe’s, came true.

Pesach and the Rebirth of Israel,
The Jonathan Sacks Haggadah

Rabbi Sacks connects the Exodus to the modern return to Zion. How is this also connected to the poem Dayeinu?

Natan Sharansky is a hero of the Jewish people. Growing up in the Soviet Union, when it was almost impossible to live a Jewish life, he knew the term “Jew” only as something to hide. But then in 1967, following Israel’s dramatic victory in the Six-Day War, Jews began to reconnect to their ancestral faith with pride. Many began to dream of returning to their homeland but were prevented by the Soviet authorities. They became known as refuseniks. Sharansky, who was arrested at the age of 29 for his Zionist activities, was arguably the most famous refusenik, with thousands of people campaigning for his release from the Soviet Gulag prison system in Siberia. He gained his freedom in 1986 and realised his lifelong dream to immigrate to the State of Israel.

At the beginning of the coronavirus global pandemic, when many Jews around the world were facing the notion of a Pesach Seder without their family around the table for the first time, he was interviewed about his experience of Pesach in the Gulag. The Soviet authorities knew the importance of Seder night, and cruelly ensured that Sharansky was in solitary confinement, where he was served nothing but three pieces of dry bread and three cups of water per day.

“I decided my three cups of water would be my wine and my three pieces of dry bread would be my matzah,” Sharansky recalled. “And my salt would be my maror. I found out that this is the great place to feel the unique struggle of the Jewish people – to be connected with every Jew in the world, and to enjoy thinking that this year we are slaves and next year we [will be] free people in Jerusalem.”

Sharansky concluded his interview by emphasising that even if we are not with our family on Seder night, we are still connected, for we are one big family, a people with a shared history, a shared future and a very special role in this world.

Will it be easier or harder for you to relate to the themes of Pesach during this year’s Seder, compared to other years?