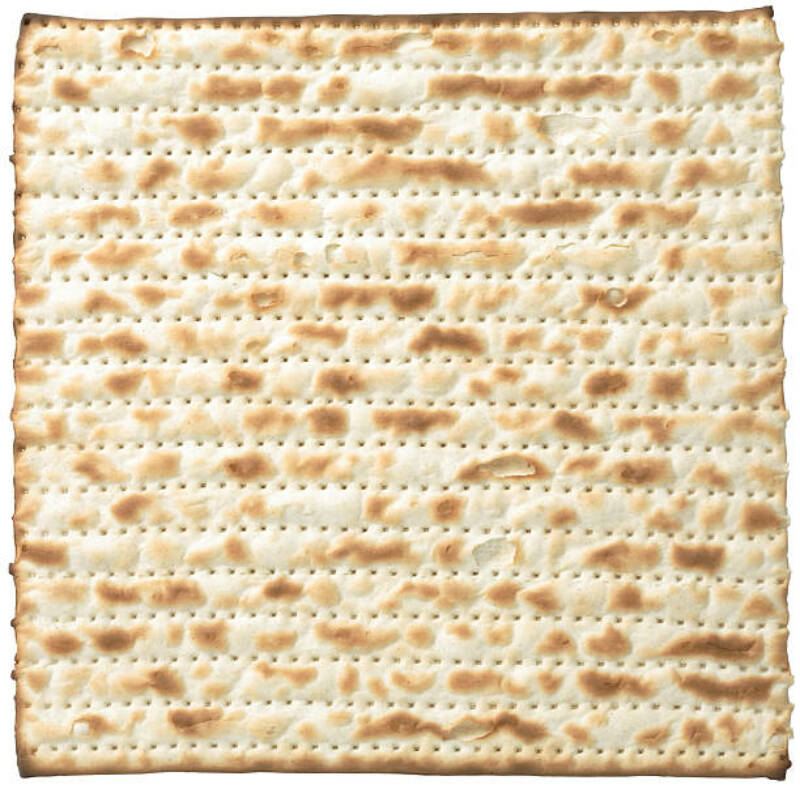 This is the seventh section found in our Seder Night Guide, aimed at giving you some ideas and thoughts on several of the core pages from the Haggadah and how Rabbi Sacks understands them. We have created a PDF of the full Seder Night Guide, as well as separate PDFs, so that you can pick and choose which sections to download, print, and discuss at your Seder Table.

These are the three mitzvot on Seder night which involve eating. Although we no longer eat the Korban Pesach, back when there was a Beit HaMikdash this was a biblical command. Normally, mitzvot are fulfilled by performing the required act with kavanah, with the intention of observing the commandment. To fulfil the duty of succah, for example, we do not have to tell the story of the wandering of the Israelite in the desert. We just have to plan to sit in the succah, and then we sit and say the brachah there. However, in the case of Pesach two commands coincide: the first, to eat the festive meal; the second, to tell the story. Rabban Gamliel argues that the two are connected. The story explains the food; the food allows us to relive the story.

The Torah states: “When you enter the land which the Lord shall give you as He promised, you shall observe this rite. And if your children should ask you, ‘What is this service you observe?’ you shall say, ‘It is a Pesach offering to the Lord, for He passed over the houses of the children of Israel in Egypt while He struck down the Egyptians, but saved those in our homes’” (Ex. 12:25–27). Thus, from the very outset there is an intrinsic link between eating, asking, and explaining, and it is this connection on which Rabban Gamliel bases his view that all three elements of the Pesach meal must be explained.

The Pesach lamb symbolises freedom. The bitter herbs (maror) represent slavery. And the matzah combines both. This was the bread the Israelites ate in Egypt as slaves. It was also the bread they ate when 12 leaving Egypt as free people. Why do the symbols of freedom precede the bitter herbs of slavery? Surely slavery preceded freedom? The chassidic masters explained the answer: only to a free human being does slavery taste bitter. Had the Israelites forgotten freedom, they would have grown used to slavery. “The worst exile is to forget you are in exile.”

Why is it important to remember and experience both slavery and freedom on this night?

In the Torah, the festival of Pesach is more often called by different names. It is consistently described as Chag haMatzot, which translates as ‘The Festival of Unleavened Bread’. The name Chag haPesach, in the Torah, applies specifically to the fourteenth of Nissan, the day prior to the Seder, when the Paschal sacrifice was brought.

Was the story of Exodus a triumph for God or for the Israelites?

At this point in the Seder, when we eat the matzah and maror (and remember the Pesach offering), we are experiencing the story we have been learning about. When you eat the matzah and maror, close your eyes and be mindful about what your senses are feeling and experiencing. What do these foods smell and taste like? What emotions and feelings do they create in you when you eat them? Take a moment to imagine what the generation who experienced slavery and left Egypt on the very first Pesach must have felt as they ate these.

Under the communist government in Russia, it used to be illegal to practice Judaism. There was once a Jew who was caught maintaining a whole network of Jewish education during these years, and in punishment he was sent to the harsh prison in Siberia. When he was finally released, he returned and told his friends:

“It was difficult to observe Pesach in the labour camp. One year we had no matzot. Another year we had no wine. But of bitter herbs, we were never short!”

A QUIZ FOR THE NIGHT OF QUESTIONS

Fill in the blanks for these foods eaten on Seder night: