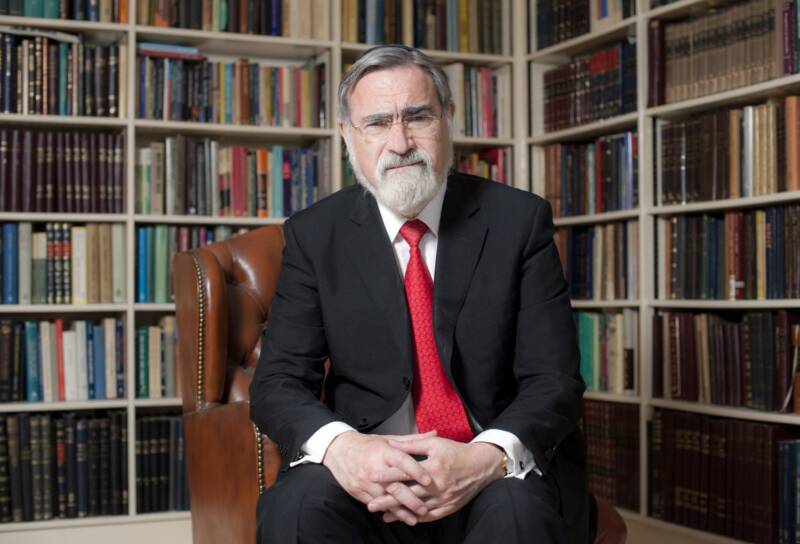 Yom HaShoah is Israel’s official day of Holocaust remembrance when Jews around the world remember the six million Jewish victims of the Shoah, and the countless examples of Jewish heroism and resistance during those years.

The following quotes have been taken from a series of videos recorded in 2020, in partnership with the Holocaust Educational Trust, to coincide with Yom HaShoah and the 75th anniversary of the liberation. You can watch the full video series here: RabbiSacks/curriculum-resources/holocaust/

GOD AND THE HOLOCAUST

The Question: Why did God allow the Holocaust to occur?

God gives us freedom and never takes it back. But He tells us how to use that freedom. And when human beings refuse to listen, even God is powerless.

HUMANITY AND THE HOLOCAUST

The Question: Do you have faith in humanity after the Holocaust?

Rabbi Sacks’ Answer: The Holocaust represented perhaps the greatest failure humanity has ever known. It featured the combination of technical brilliance and bureaucratic efficiency, but dedicated to the most evil of all purposes. This really is the greatest failure of humanity that I can think of… [But,] there’s this very remarkable avenue called the Avenue of Righteous Gentiles, in Yad Vashem, in Jerusalem. 14,000 people are honoured there, people whom any one of us would trust because they put their own lives at risk to save the lives of their neighbours and, in some cases, of strangers. These were beacons of light in the midst of one of the worst darknesses humanity has ever known, and therefore, yes, we can trust humanity if humanity shows itself capable of acting for the sake of others and taking risks to save others from death.

HOPE AND THE HOLOCAUST

The Question: Considering the devastation of the Holocaust, how can we feel hope in the Jewish future?

Rabbi Sacks’ Answer: In the most uncanny evocation of the Holocaust, Ezekiel the Prophet, twenty-six centuries ago, saw the Jewish people as a Valley of Dry Bones, and God said to Ezekiel, “The people say our hope is lost…But it is not lost because I am going to take them out of their graves and bring them to the land of Israel.”

I see three signs of hope today, and they’re remarkable.

Today we have Israel, we have Judaism, and we have the Jewish people, all three of them stronger than they ever were before.

And I don’t need any more grounds for hope than that.

Our hope is not destroyed.

Learning Lessons from the Holocaust

The Faith of the Survivors

The following is an extract from the Epilogue of Rabbi Sacks’ book, Future Tense.

It was the Holocaust survivors who taught me. I have read hundreds of books about the Shoah. I made a television programme from Auschwitz. To this day I cannot begin to imagine what they went through, how they survived the nightmare, and how they lived with the memories…

The survivors I came to know in the past twenty years were astonishing in their tenacious hold on life. Perhaps it’s how they survived.

Some believed in God, others didn’t, but they all believed in life – not life as most of us understand it, something taken for granted, part of the background, a fact that rarely holds our attention, but life as something to fight for, as a consciously articulated value, as something of whose fragility you are constantly aware. They had, in Paul Tillich’s phrase, ‘the courage to be.’ Slowly I began to think about another phrase, not one that exists in the traditional literature, but one that was articulated in fateful circumstances and constituted a kind of turning point in modern Jewish history: Kiddush haChayim, the sanctification of life.

I had expected that trauma would turn the survivors inward, making them suspicious of, even hostile to, the wider world.

It didn’t, at least not those I knew, and by the time I came to know them.

Many of them had undertaken, fifty or more years after the event, to visit schools, talking to children, especially non-Jewish children.

What amazed me as I listened to them telling their stories was what they wanted to say. Cherish freedom. Understand what a gift it is to be able to walk in the open, to see a flower, open a window, breathe free air. Love others. Never hate. Practise tolerance. Stand up for others if they are being picked on, bullied, ostracised. Live each day as if it might be your last.

They taught the children to have faith in life. The children loved these elderly strangers from another world. I read some of their letters to them; they made me cry. Their courage kept me going through tough times. I count myself blessed to have known them.

On 11th August 2017, the world’s oldest living man passed away, just a month short of his 114th birthday – making him one of the ten longest-lived men since modern record-keeping began. If you knew nothing else about him than this, you would be justified in thinking that he had led a peaceful life, spared of fear, grief and danger.

The actual truth is the opposite. The man in question was Yisrael Kristal, a Holocaust survivor. Born in Poland in 1903, he survived four years in the Lodz ghetto, and was then transported to Auschwitz. In the ghetto, his two children died. In Auschwitz, his wife Chaje was killed.

When Auschwitz was liberated, he was a walking skeleton weighing a mere 37 kilos. He was the only member of his family to survive.

He was raised as a religious Jew and stayed so all his life. When the war was over and his entire world destroyed, he married again, this time to another Holocaust survivor, Batsheva. They had children. They made aliyah to Haifa. There he began again in the confectionery business, as he had done in Poland before the war. He made sweets and chocolate. He became an innovator.

If you have ever had Israeli orange peel covered in chocolate, or liqueur chocolates shaped like little bottles and covered with silver foil, you are enjoying one of the products he originated.

Those who knew him said he was a man with no bitterness in his soul. He wanted people to taste sweetness.

In 2016, at the age of 113, he finally celebrated his bar mitzvah. A hundred years earlier, this had proved impossible. By then, his mother was dead and his father was fighting in the First World War. On his bar mitzvah he joked that he was the world’s oldest tefillin-wearer. He gathered his children, grandchildren and great-grandchildren under his tallit and said, “Here’s one person, and look how many people he brought to life. As we’re all standing here under my tallit, I’m thinking: six million people. Imagine the world they could have built.”

A Prayer for Yom HaShoah

Rabbi Sacks composed this prayer for Holocaust remembrance in 2013

Today, on Yom HaShoah, we remember the victims of the greatest crime of man against man –
the young, the old, the innocent, the million-and-a-half children, starved, shot, given lethal injections,
gassed, burned and turned to ash, because they were deemed guilty of the crime of being different.

We remember and pay tribute to the survivors, who bore witness to what happened, and to the victims,
so that robbed of their lives, they would not be robbed also of their deaths.

We remember and give thanks for the righteous of the nations who saved lives,
often at risk of their own, teaching us how in the darkest night we can light a candle of hope.

Today, on Yom HaShoah, we call on You, Almighty God, to help us hear Your voice that says in every generation:

“Do not murder.” “Do not stand idly by the blood of your neighbour.” “Do not oppress the stranger.”

We know that whilst we do not have the ability to change the past, we can change the future.

We know that whilst we cannot bring the dead back to life,
we can ensure their memories live on and that their deaths were not in vain.

And so, on this Yom HaShoah, we commit ourselves to one simple act: Yizkor, Remember.

May the souls of the victims be bound in the bond of everlasting life. Amen. 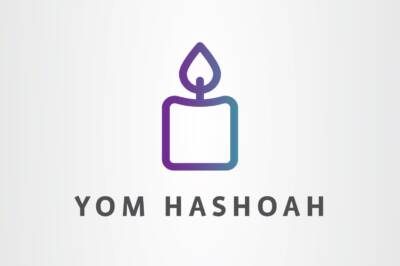