Made with Love
Family Edition 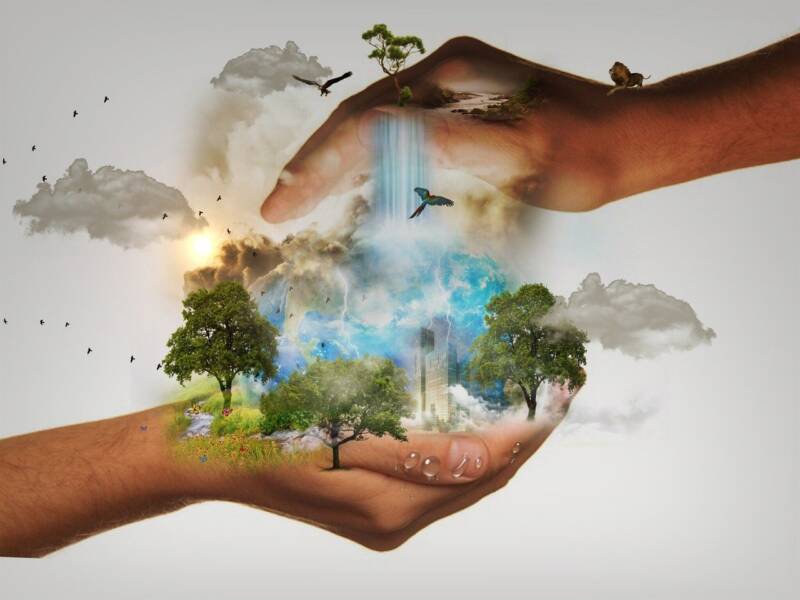 Acharei Mot describes the service of the High Priest on Yom Kippur. It was a dramatic and powerful ceremony during which he cast lots on two identical goats, one of which was offered as a sacrifice and the other was sent into the wilderness. This is where the idea of a “scapegoat” comes from. Then the High Priest entered the Holy of Holies, which was the spiritual high-point of the Jewish year. The parsha also details more of the laws of holiness such as the prohibition against eating blood, and the laws of forbidden relationships.

Kedoshim continues to discuss holiness laws, changing focus from the world of the Mishkan and the Kohanim to the Israelites as a whole. The people of Israel are commanded to be holy because “I, the Lord your God, am holy.” These laws include the commands to “love your neighbour and the stranger”, as well as other ritual laws. The second half of the parsha deals with forbidden relationships and prohibited pagan practices.

Kedoshim contains the two great love commands of the Torah. The first is, “Love your neighbour as yourself. I am the Lord” (Vayikra 19:18). Rabbi Akiva called this “the great principle of the Torah.” The second command is just as challenging: “The strangers living among you must be treated as your native-born. Love them as yourself, for you were strangers in Egypt. I am the Lord your God” (19:34).

These are extraordinary commands. Many civilisations contain variants of the Golden Rule, which states: “Do unto others as you would have them do to you,” or in the reverse attributed to Hillel (sometimes called the Silver Rule), “What is hateful to you, do not do to your neighbour.” But these are rules of reciprocity, not love. They encourage a fair society. They are the basic ground-rules of life in a group.

Love is something altogether different and more demanding. Rarely would you find them written into a law. That makes these two commandments a revolution in the moral life. Judaism was the first civilisation to ever put love at the heart of morality.

1. How are the laws to love your neighbour and the stranger different from the Golden Rule?

2. If love is an emotion, how can it be commanded?

Love Song to the Earth

It’s not about possessions,
Money or religion
How many years we might live
When the only real question
That matters is still a matter of perspective

See mama earth is in a crazy mess
It’s time for us to do our best…
Unless you wanna be motherless
Clean heart, Green heart
Is the way I stress
Speediness and too much greediness
Six billion people all want plentiness (It’s our world)
Some people think this is harmless (It’s our world)
But if we continue
There’ll only be emptiness

1. Can we love the earth in the same way we love a person?

2. Does the Torah command us to love the earth?

Judaism was the first civilisation to put love at the heart of morality. As Harry Redner writes in Ethical Life, “Morality is the ethic of love. The initial and most basic principle of morality is clearly stated in the Torah: Thou shalt love thy neighbour as thyself.” He also writes: “The biblical ‘love of one’s neighbour’ is a very special form of love, a unique development of the Judaic religion and unlike any to be encountered outside it.”

But why is it specifically here, in Kedoshim, in a chapter dedicated to the concept of holiness, that the command appears?

And why does the command to love your neighbour as yourself appear in a chapter containing such laws as “Do not plant your field with two kinds of seed. Do not breed different kinds of animals. Do not wear clothing woven of two kinds of material.” These are chukim, the kind of commands whose reasoning we cannot logically understand. What have they to do with the self-evidently moral commands of loving the neighbour and stranger? Is the chapter simply a list of  disconnected commands, or is there a single unifying strand here?

The answer goes deep. Almost every ethical system ever devised has sought to reduce the moral life to a single principle or perspective. Some connect it to reason, others to emotion, yet others to consequences: do whatever creates the greatest happiness for the greatest number. Judaism is different. It is more complex and subtle. It contains not one perspective but three. There is the prophetic understanding of morality, the priestly perspective and the wisdom point of view.

Prophetic morality looks at the quality of relationships within a society, between us and God and between us and our fellow humans. The key prophetic words found in Tanach are: righteousness, justice, kindness and compassion (but not love).

When the Prophets talk about love it is about God’s love for Israel and the love we should show for God. The prophetic voice is about how people conduct themselves in society. Are they faithful to God and to one another? Are they acting honestly, justly, and with due concern for the vulnerable in society? Do the political and religious leaders have integrity? Does society have the high morale that comes from treating citizens well and calling forth the best in them? A moral society will succeed; an immoral or amoral one will fail. That is the key prophetic insight. The Prophets did not make the demand that people love each other, because society requires justice, not love.

The wisdom voice in Torah and Tanach looks at character and consequence. If you live virtuously, then by and large things will go well for you. Those who do well, fare well. They find happiness (ashrei). Good people love God, family, friends and virtue. But the wisdom literature does not speak of loving your neighbour or the stranger.

The Priest is different from the Prophet and Sage, because he must be not just moral, but also “holy.” Someone or something that is holy is set apart, distinctive, different. The Priests were set apart from the rest of the nation. They had no share in the land. They did not work as labourers in the field. Their sphere was the Tabernacle or Temple. They lived at the epicentre of the Divine Presence. As God’s ministers they had to stay pure and avoid any form of defilement. They were holy.

Until now, holiness has been seen as a special attribute of the Priest. But there was a hint at Mount Sinai that the Torah intended not only the children of Aaron to be holy “You shall be to Me a kingdom of priests and a holy nation” (Shemot 19:6). Our chapter now spells this out for the first time. “The Lord said to Moses, “Speak to the entire assembly of Israel and say to them: Be holy because I, the Lord your God, am holy” (Vayikra 19:1-2). This tells us that the ethic of holiness applies not just to Priests but to the entire nation. We must all be distinctive, set apart, held to a higher standard.

What in practice does this mean? A decisive clue is provided by another key word used throughout Tanach in relation to the Kohen, namely the verb b-d-l: to divide, set apart, separate, distinguish. That is what a Priest does. His task is “to distinguish between the sacred and the secular” (Vayikra 10:10), and “to distinguish between the unclean and the clean” (Vayikra 11:47). This is what God does for His people: “You shall be holy to Me, for I the Lord am holy, and I have distinguished you [va-avdil] from other peoples to be Mine.” (Vayikra 20:26).

There is one other place in which b-d-l is a key word, namely the story of creation in Genesis 1, where it occurs five times. God separates light and dark, day and night, upper and lower waters. For three days God demarcates different domains, then for the next three days He places in each its appropriate objects or life-forms. God fashions order out of the tohu va-vohu of chaos. As His last act of creation, He makes man after His “image and likeness.” This was clearly an act of love. “Beloved is man,” said Rabbi Akiva, “because he was created in [God’s] image.” (Mishnah Avot, 3:14)

Genesis 1 defines the priestly moral imagination. Unlike the Prophet, the Priest is not looking at society. He is not, like the wisdom figure, looking for happiness. He is looking at creation as the work of God. He knows that everything has its place: sacred and profane, permitted and forbidden. It is his task to make these distinctions and teach them to others. He knows that each life form has its own role in the environment. That is why the ethic of holiness includes rules like: Don’t plant a field with different kinds of seed, don’t breed different kinds of animals and don’t wear clothing woven of two kinds of fabric.

I believe that there is something unique and contemporary about the ethic of holiness. It tells us that morality and ecology are closely related. They are both about creation: about the world as God’s work and humanity as God’s image. The integrity of humanity and the natural environment go together. The natural universe and humanity were both created by God, and we are charged to protect the first and love the second.

Love your neighbour. Love the stranger. Hear the cry of the otherwise unheard. Liberate the poor from their poverty. Care for the dignity of all. Let those who have more than they need share their blessings with those that have less. Feed the hungry, house the homeless, and heal the sick in body and mind. Fight injustice, whoever it is done by and whoever it is done against. And do these things because, because, being human, we are bound by a covenant of human solidarity, whatever our colour or culture, class or creed. These are moral principles, not economic or political ones. They have to do with conscience, not wealth or power. But without them, freedom will not survive.

Someone or something that is holy is set apart, distinctive, different. The Priest is the central character in understanding holiness. He sees that everything has its place: sacred and profane, permitted and forbidden. The Priest is tasked with making these distinctions and teaching them to others. The Torah also tells us that different life-forms have their own niche in the environment, and that every human being is made in the image and likeness of God. God made each of us in love. Therefore, if we seek to imitate God – “Be holy because I, the Lord your God, am holy” – we too must love humanity, and not in the abstract but in the concrete form of the neighbour and the stranger. The ethic of holiness is also based on the vision of creation-as-God’s-work-of-love. The connection between these concepts is that holiness teaches us to place love at the centre of how we relate to our fellow humans and to the natural world.