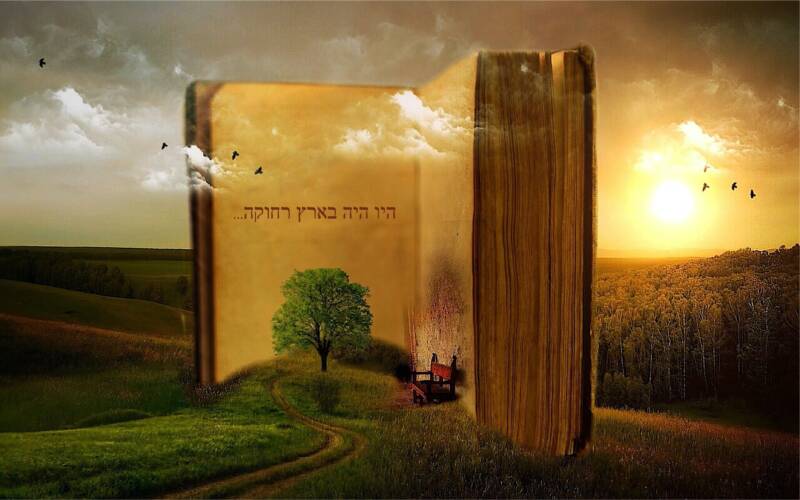 The tenth plague is about to strike, and Moshe knows that this will be the last one. Pharaoh will not merely let the people go. He will beg them to leave. So, on God’s command, Moshe prepares the people for freedom. But he does so in a way that is unique. He does not talk of liberty. He does not speak about breaking the chains of bondage. He does not even mention the long journey that lies ahead, or the destination, the Promised Land that Hashem swore to Avraham, Yitzchak, and Yaacov, the land flowing with milk and honey.

Instead, he talks about children. Three times in the course of parshat Bo, he turns to this theme. It is wonderfully unexpected. Moshe doesn’t speak about tomorrow but about the distant future. He does not celebrate the moment of liberation. Instead he wants to ensure that it will form part of the people’s memory until the end of time. He wants each generation to pass on the story to the next. He wants Jewish parents to become educators, and Jewish children to be guardians of the past for the sake of the future. Inspired by God, Moshe taught the Israelites the lesson also taught in Chinese: If you plan for a year, plant rice. If you plan for a decade, plant a tree. If you plan for a century, educate a child.

Throughout history, Jews became famous for putting education first. Where others built castles and palaces, Jews built schools and houses of study. From this flowed all the familiar achievements in which we take collective pride: the fact that Jews knew their texts even in ages of mass illiteracy; the record of Jewish scholarship and intellect; the astonishing over-representation of Jews among the shapers of the modern mind; the Jewish reputation, sometimes admired, sometimes feared, sometimes caricatured for mental agility, argument, debate, and the ability to see all sides of a disagreement.

But Moshe’s point wasn’t simply this. God never commanded us: Thou shalt win a Nobel Prize. What He wanted us to teach our children was a story. He wanted us to help our children understand who they are, where they came from, what happened to their ancestors to make them the distinctive people they became, and what moments in their history shaped their lives and dreams. He wanted us to give our children an identity by turning history into memory, and memory itself into a sense of responsibility. Jews were not summoned to be a nation of intellectuals. They were called on to be actors in a drama of redemption, a people invited by God to bring blessings into the world by the way they lived and sanctified life.

The long walk to freedom, as we learn in this week’s parsha, is not just a matter of history and politics, let alone miracles. It has to do with the relationship between parents and children. It is about telling the story and passing it on across the generations. It is about a sense of God’s presence in our lives. It is about making space for wonder, gratitude, humility, empathy, love, forgiveness, and compassion, ornamented by ritual, song, and prayer. These help to give a child confidence, trust, and hope, along with a sense of identity, belonging, and a feeling of at-home-ness in the universe.

We were in isolation in a tiny village in Israel you have perhaps never heard of: it’s called Beit Halkiya. A few days earlier we’d had to suddenly leave the United States, due to the coronavirus pandemic. My husband Yedidya and I, and our five children, had been there as shlichim (emissaries) on behalf of World Mizrachi. But all the lectures were now cancelled, all the activities ceased, and the numbers of the sick and the deceased, unfortunately, kept increasing. So we grabbed the last flight from Newark airport before Seder night.

We arrived at Ben Gurion Airport, and found it completely deserted. We had nowhere to go. Somehow we found a place in Beit Halkiya to spend 14 days of isolation, as was required by law. What next? We did not know. There were so many questions swirling around. Would we ever go back to New York to complete our shlichut? What was going to happen to the world? And how do you clean a house you don’t know for Pesach, and prepare for Seder night in it?

Suddenly I got a call. Dan and Joanna – from Rabbi Sacks’ office – informed me that Rabbi Sacks wanted to hold a special festive Zoom broadcast for Pesach, co-hosted with the singer Ishay Ribo, and with me. We were to speak in English and Hebrew, Ribo would perform some of his songs, and thousands of people would be watching. Wow!

Dan told me: “Rabbi Sacks feels that the world needs a reminder of the words vesamachta bechagecha, ‘and you shall rejoice in your holiday’. It’s very important to him that the three of you bring the joy of the chag to the whole world.” These words – “the joy of the chag” – made a deep impression on me. I realised that beyond the worries of the pandemic, it was time to refocus. To remember the original Exodus from Egypt. This was a year when I truly connected to this great Pesach story.

Tens of thousands watched that live broadcast – in Tel Aviv, Mexico, Australia – and to this day I still receive wonderful comments about it: “You brought me out of depression”, “Our whole family watched, and danced along”, “I’m re-watching it, even after Covid”. Rabbi Sacks did not know that through this call, and through the shlichut (mission) he assigned to me – to guide and speak on a global broadcast for the joyous holiday of Pesach – he first inspired me, even before the livestream began and he brought inspiration to all the viewers.

Sivan Rahav Meir is an Israeli journalist, author, and lecturer.

What influence did Rabbi Sacks have on your Judaism?

I first started keeping Torah and mitzvot in my teens, but every now and then I still meet figures who illuminate the whole process in new ways for me.

Rabbi Sacks was one. I think he presented an impressive Judaism, a Judaism that instils pride, and that is what we need today. He himself said: “When we make Judaism our top priority, we never lose. The world respects Jews who respect their Judaism.” He also strongly reinforced my desire to continue in the direction I started – to work as a journalist but also to cover the weekly Torah portion. To use digital means to spread Torah. My ‘Daily WhatsApp’ enterprise continues to grow – with significant thanks to him.

What is your favourite quote from Rabbi Sacks this week, and why?

The wonderful sentence as quoted by Rabbi Sacks from Bruce Feiler’s book: “The single most important thing you can do for your family may be the simplest of all: develop a strong family narrative”. It’s such a simple message, but so revolutionary today. We all need a story.

How can young people apply this message to their own lives?

I’ve recently been thinking about how on social networks they are trying to encourage us to not only ‘like’ but also ‘share’. The same is true of the Jewish story: don’t just like it. Beyond feeling positive about your identity, share it, get involved, be active. It seems to me that this was Rabbi Sacks’ legacy. Teaching us to be the Jews who not only listen to the Jewish story from the side-lines, but who become partners in writing the next chapter of our story.

Question: What is the connection between Shabbat Hagadol and the day Bnai Yisrael crossed the Jordan River (the Yarden)?

This question has been adapted from Torah IQ by David Woolf, a collection of 1500 Torah riddles, available worldwide on Amazon. For the answer, please head to the Education Companion section (directly below, in grey).

Both events occurred on the 10th day of Nissan.