The Politics of Memory
Family Edition 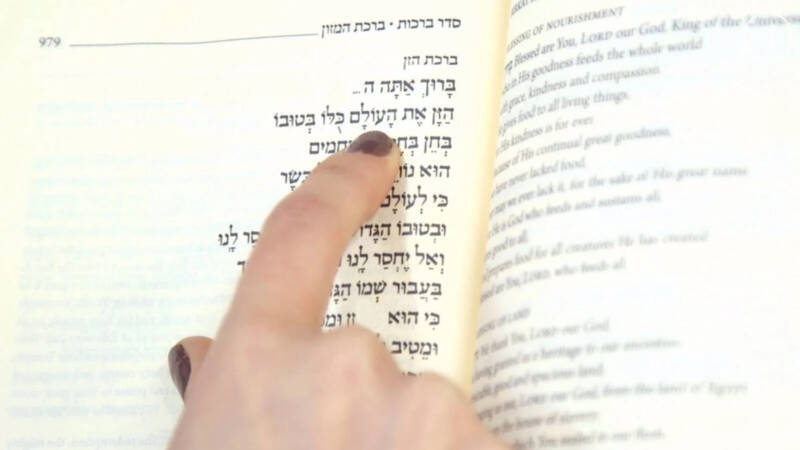 In Eikev Moshe continues his speech, setting out the principles of the covenant the Israelites made with God, and what it demands of them as a chosen nation in a Promised Land. If they are faithful to the covenant, they will be blessed, both materially and spiritually. But they should not attribute their success solely to themselves or their righteousness. They must never forget that God is helping with every step along the way.

Moshe reminds them of the people’s sins during the wilderness years, the Golden Calf, the Korach rebellion, and other similar stories. He reminds them, too, of God’s forgiveness. Remembering their history, they must love and respect God and teach their children to do the same. This entire set of beliefs is summarised in the passage that became the second paragraph of the Shema (Devarim 11:13–21). Israel’s fate depends on Israel’s faith.

This week Moshe continues to speak to the people, setting out an ideology that holds such wisdom that it will remain relevant for all of their lives and for every generation that follows. He does it by presenting the contrast between the ideal to which Israel is called, and the danger with which it is faced. This is the ideal:

“Observe the commands of the Lord your God, walking in His ways and revering Him. For the Lord your God is bringing you into a good land – a land with streams and pools of water, with springs flowing in the valleys and hills; a land with wheat and barley, vines and fig trees, pomegranates, olive oil and honey; a land where bread will not be scarce and you will lack nothing; a land where the rocks are iron and you can dig copper out of the hills. When you have eaten and are satisfied, bless the Lord your God for the good land He has given you.”

And this is the danger:

“Be careful that you do not forget the Lord your God, failing to observe His commands, His laws, and His decrees that I am giving you this day. Otherwise, when you eat and are satisfied, when you build fine houses and settle down, and when your herds and flocks grow large and your silver and gold increase and all you have is multiplied, then your heart will become proud and you will forget the Lord your God who brought you out of Egypt, out of the land of slavery… You may say to yourself, ‘My power and the strength of my hands have produced this wealth for me.’ But remember the Lord your God, for it is He who gives you the ability to produce wealth, and so confirms His covenant, which He swore to your forefathers, as it is today.”

The two passages follow directly on from one another. They are linked by the phrase “when you have eaten and are satisfied,” and the contrast between them is the appearance of the opposite verbs ‘to remember’ and ‘to forget.’

Good things, Moshe tells the people, will happen to you. Everything, however, will depend on how you respond. Either you will eat and be satisfied and bless God, remembering that all things come from Him – or you will eat and be satisfied and forget to whom you owe all this. You will think it comes entirely from your own efforts: ‘My power and the strength of my hands have produced this wealth for me.’ Although this may seem a small difference, it will, says Moshe, make all the difference. On this alone will turn your future as a nation in its own land.

Moshe’s argument is brilliant and counter-intuitive. You may think, he says, that the hard times are behind you. You have wandered for forty years without a home. There were times when you had no water, no food. You were exposed to the elements. You were attacked by your enemies. You may think this was the test of your strength. It was not. The real challenge is not poverty but affluence, not slavery but freedom, not homelessness but home.

1. What is the ideal that Moshe asks Israel to strive for, and what possible obstruction is there to achieving it?

2. Who do you think your achievements are down to, you or God?

3. Do you think it is easier to believe in God in good times or in bad times?

There once was a man that fell off the side of a ship into the ocean. The crew of the ship immediately went into action-mode, and worked to rescue him. First they threw him a life-saver. But the man shouted up at them, “Don’t worry. I believe that God will save me,” and he didn’t take it. So they sent a lifeboat to pick him up, but he refused to climb up onto the boat, declaring instead, “Don’t worry. I believe that God will save me.” Finally, they called for a helicopter to come and rescue him, but even as he struggled to tread water, he refused to reach for the helping hand, and climb on to the ladder dangling from the helicopter.

“Don’t worry,” he called, “I believe that God will save me.”

Eventually, the man drowned. When he arrived in Heaven, he was angry with God, and confronted Him.

“I had total faith in You that You would rescue me, but You abandoned me!” he cried to God.

God gently replied, “My son, I sent you a life saver, and then a life boat, and then a helicopter. But you refused to see My hand in them.”

1. What do you think is the message of this story?

2. How is this connected to The Core Idea?

Many nations have been lifted to great heights when they faced difficulty and danger. They fought hard battles and survived. They came through crises – droughts, plagues, recessions, defeats – and were toughened by them. When times are hard, people grow. They bury their differences. There is a sense of community and solidarity, of neighbours and strangers pulling together. Countless people who have lived through a war know this.

The real test of a nation is not if it can survive a crisis but if it can survive the lack of a crisis. Can it stay strong during times of ease and plenty, power and prestige? That is the challenge that has defeated every civilisation known to history. Let it not, says Moshe, defeat you.

Moshe’ foresight was little less than stunning. The pages of history are littered with the relics of nations that seemed invincible in their day, but which eventually declined and lapsed into oblivion – and always for the reason Moshe predicted. They forgot. Memories fade. People lose sight of the values they once fought for – justice, equality, independence, freedom. The nation, its early battles over, becomes strong. Some of its members grow rich. They become lax, self-indulgent, over-sophisticated, decadent. They lose their sense of social solidarity. They no longer feel it their duty to care for the poor, the weak, the marginal, the losers. They begin to feel that such wealth and position as they have is theirs by right. The bonds of fraternity and collective responsibility begin to fray. The less wealthy feel an acute sense of injustice. The scene is set for either revolution or conquest. Societies succumb to external pressures when they have long been weakened by internal decay. That was the danger Moshe foresaw and about which he warned the generation about to enter the Land of Israel.

Moshe, however, did more than prophesy and warn. He also taught how the danger could be avoided, and here too his insight is as relevant now as it was then. He spoke of the vital significance of memory for the moral health of a society. Throughout history there have been many attempts to ground ethics in universal attributes of humanity. Some, like Immanuel Kant, based it on reason. Others based it on duty. Bentham rooted it in consequences (“the greatest happiness for the greatest number”). David Hume attributed it to certain basic emotions: sympathy, empathy, compassion. Adam Smith predicated it on the capacity to stand back from situations and judge them with detachment (“the impartial spectator”). Each of these has its virtues, but none has proved fail-safe.

Judaism took and takes a different view. The guardian of conscience is memory. Time and again the verb zachor, “remember,” resonates through Moshe’s speeches in Devarim:

Remember that you were slaves in Egypt…therefore the Lord your God has commanded you to observe the Shabbat day.

Remember what the Amalekites did to you along the way when you came out of Egypt.

Remember the days of old, consider the years of ages past.

As Yosef Hayim Yerushalmi notes in his great treatise, Zachor: Jewish History and Jewish Memory, “Only in Israel and nowhere else is the injunction to remember felt as a religious imperative to an entire people.” Civilisations begin to die when they forget. Israel was commanded never to forget.

In an eloquent passage, the American scholar Jacob Neusner once wrote:

Civilisation hangs suspended, from generation to generation, by the gossamer strand of memory. If only one cohort of mothers and fathers fails to convey to its children what it has learned from its parents, then the great chain of learning and wisdom snaps. If the guardians of human knowledge stumble only one time, in their fall collapses the whole edifice of knowledge and understanding.

The politics of free societies depends on the handing on of memory. That was Moshe’s insight, and it speaks to us with undiminished power today.

Biblical Hebrew has no word for history. Modern Hebrew had to borrow a word: historia. The key word of the Hebrew Bible is not history but memory. Zachor, the command to remember, occurs time and again in the Torah… There is a profound difference between history and memory. History is his story – an event that happened sometime else to someone else. Memory is my story – something that happened to me and is part of who I am. History is information. Memory, by contrast, is part of identity. I can study the history of other peoples, cultures, and civilisations. They deepen my knowledge and broaden my horizons. But they do not make a claim on me. They are the past as past.

Memory is the past as present, as it lives on in me. Without memory there can be no identity. Alzheimer’s disease, the progressive atrophying of memory function, is also the disintegration of personality. As with individuals, so with a nation: it has a continuing identity to the extent that it can remember where it came from and who its ancestors were.

1. What is the difference between history and memory? Why does Judaism only have a word for memory?

2. How does Judaism ensure that our national memory is passed from each generation to the next?