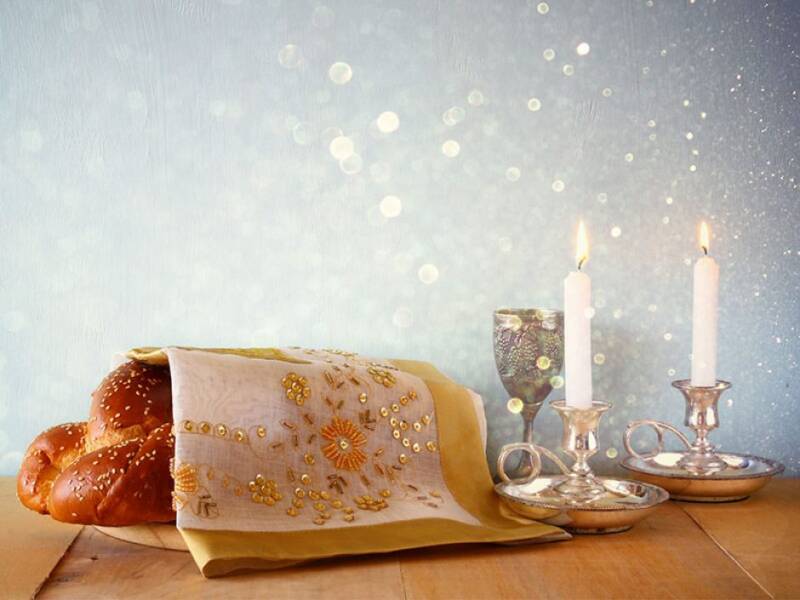 Parshat Emor deals with two kinds of holiness: that of people and of time. Chapter 21 relates to holy people: Priests, and above them, the High Priest. Their close contact with the Sanctuary means that they must live with certain restrictions: on contact with the dead and whom they may marry. Chapter 22 recaps similar laws relating to ordinary

Israelites when they seek to enter the Sanctuary, as well as imperfections in animals that mean they cannot be offered as sacrifices. Chapter 23 is about holy time, the festivals of the year. Chapter 24 speaks about the Menorah, lit daily, and the show bread, renewed weekly, and ends with a story – one of the only two stories in the book of Vayikra – about a man who blasphemed in the course of a fight.

There is something unique about the way parshat Emor speaks about Shabbat. It calls it a mo’ed and a mikra kodesh although, in the regular meaning of these words, it is neither. Mo’ed means a specific time with a fixed date on the calendar. Mikra kodesh means either a sacred assembly, a time at which the nation gathered at the central Sanctuary, or a day made holy by the human court’s fixing of the calendar.

Shabbat is none of these things. It has no fixed date on the calendar. It is not a time of national assembly. And it is not a day made holy by the declaration of the human court. Shabbat was the day made holy by God Himself at the beginning of time.

This strange way of describing Shabbat can be understood better if we look at the context in which it appears, in the chapters of the Torah that speak about holiness (Vayikra 18–27). The radical claim made in these chapters is that holiness, a term normally reserved for God, can be acquired by human beings when they act like God. The festivals are to Shabbat like the Sanctuary is to the universe. Both are humanly constructions versions of something holy created by God. By inviting human beings to create a Sanctuary and fix the monthly and yearly calendar, God gives us the dignity of a holiness we can acquire actively as co-creators with God, not just receive passively as a gift). Mikrah kodesh and mo’ed when they appear in Vayikra have an extra meaning that they do not have in other places because they hint at the opening verse of the book: “He called [Vayikra] to Moses, and the Lord spoke to him in the Tent of Meeting [Ohel Mo’ed], saying…” (Vayikra 1:1). The focus is on mikra as “call” and mo’ed as “meeting.” When the Torah uses these words uniquely in this chapter to apply to Shabbat as well as the festivals, it is focusing on the encounter between God and humanity in the arena of time. Whether it is God’s call to us or ours to Him, whether God initiates the meeting or we do, holy time becomes a still point in the turning world when lover and beloved, Creator and creation, “make time” for one another and know one another in the special form of knowledge we call love.

1. In what way do we create Yom Tov like God created Shabbat?

2. How do we know that it’s not just God that can be holy, but that we can too?

3. How can Shabbat be a point in time when “Creator and creation make time for one another in love”?

Rabbi Joseph B. Soloveitchik once said: On Yom Tov each Jew was commanded to come close to the Shechinah (Divine Presence); this is the mitzvah of aliya l’regel, the festival pilgrimage. He stepped out from his home and walked to Jerusalem in search of the Shechinah. But Yom Tov is not the abode of the Shechinah. The Torah did not tell a Jew to make a pilgrimage to Jerusalem on Shabbat. There is no need. On Shabbat the Shechinah knocks on the door. All we have to do is let Her in!

The Kotzker Rebbe once asked his students where God was to be found; they answered that “He fills all the world with His glory.” He shook his head and said, “No, I asked where

is He to be found, not where He is.” The students looked at the Rabbi with confusion and exasperation. “Did we not already say that He is everywhere?” “No, no,” the Kotzker smiled at them. “You must understand that God is to be found in the place that you open up your hearts and let Him in!”

1. How is Yom Tov different from Shabbat according to Rabbi Soloveitchik?

2. How does the story of the Kotzker Rebbe help us understand how to “let the Shechinah” in on Shabbat?

Is this aspect of Shabbat, presented in the Core Idea, new and different from the Shabbat we find in other places in the Torah? Let’s take a look at the two versions of the Ten Commandments, as they appear in Shemot and Devarim. Famously, the wording of the two versions is different. The Shemot account begins with the word Zachor, remember. The Devarim account begins with Shamor, “keep, guard, protect.” But they differ more profoundly in their very understanding of the nature and significance of the day. In Shemot (20:7-9) Shabbat is a reminder of creation. In Devarim (5:11-14) there is no reference to creation. Instead the Torah speaks about a historical event: the Exodus. We keep Shabbat not because God rested on the seventh day but because He took our ancestors out of Egypt, from slavery to freedom. Therefore, Shabbat is a day of freedom even for servants, and even for domestic animals. One day in seven, no one is a slave.

Of course, both are true, and we integrate both accounts into the text of the Kiddush we make on Friday night. We call Shabbat a remembrance of creation (zikaron lema’aseh bereishit) as well as a reminder of the Exodus (zecher liyetziat Mitzrayim). However, once we set the Vayikra account in the context of these other two, a richer pattern emerges. There are three primary voices in the Torah: those of Kingship, Priesthood, and Prophecy.

These are the three fundamental leadership roles and they have distinctive modes of knowledge. Priests, Prophets, and the governing elite (the wise, the Elders, Kings and their courts) each have their own ways of thinking and speaking. Kings and courts use the language of chochmah, “wisdom.” Priests teach Torah, the word of God for all time. Prophets have visions. They have “the word” of God not for all time but for this time. Prophecy is about history as the interaction between God and humanity. It is no coincidence that there are three voices because, fundamental to Jewish faith is the belief that God is encountered in three ways: in creation, revelation, and redemption.

Wisdom is the ability to see God in creation, in the intricate complexity of the natural universe and the human mind. In contemporary terms, chochmah is a combination of the sciences and humanities: all that allows us to see the universe as the work of God and human beings as the image of God. Revelation, Torah, the specialty of the priest, is the ability to hear God in the form of the commanding voice, most characteristically in the form of law. Revelation is a matter not of seeing but of listening, in the deep sense of hearing and heeding, attending and responding. Wisdom tells us how things are. Revelation tells us how we should live. Prophetic consciousness is always focused on redemption, the long and winding road towards a society based on justice and compassion, love and forgiveness, peace and human dignity. The prophetic word is always related to history, to the present in relation to the past and the future: not history as a mere succession of events, but as an approach to or digression from the good society, the Promised Land, and the Messianic Age.

In revelation, God calls to the people. That is why the middle book of the Torah that more than any other represents Torat Kohanim, “the law of the Priests,” begins with the word Vayikra, “and He called.” It is also why Shabbat is, uniquely here, included in the days “which you shall proclaim (tikre’u) as sacred convocations (mikra’ei kodesh),” with the double emphasis on the verb ‘k-r-a’, “to call.” Shabbat is the day in which, in the stillness of rest and the silence of the soul, we hear the Vayikra of God.

Hence too, the word mo’ed, which in general means “appointed times,” but here means “meeting.” Judah Halevi, the eleventh-century poet and philosopher, said that on Shabbat, it is as if God had personally invited us to be dinner guests at His table. The Shabbat of revelation does not look back to the birth of the universe or forwards to the future redemption. It celebrates the present moment as our private time with God. It represents “the power of now.”

Our Shabbat is a religious institution, a memorial to creation, the day on which God Himself rested. But it is also and essentially a political institution. Shabbat is the greatest tutorial in liberty ever devised.

Pesach tells us how the Israelites won their freedom. Shabbat tells us how they kept it. One day in seven, Jews create a Messianic society. It is the day on which everyone, master and slave, employer and employee, even animals, experience unconditional freedom.

We neither work nor get others to work, manipulate nor allow ourselves to be manipulated. We may neither buy nor be bought. It is the day on which all hierarchies, all relationships of power are suspended.

1. How is Shabbat an example of a way to “apply revelation to creation” (see Thinking More Deeply) to achieve redemption?

2. Of the three accounts of Shabbat mentioned in Thinking More Deeply, which is closest to this philosophy of Shabbat?