From Priest to People
Family Edition 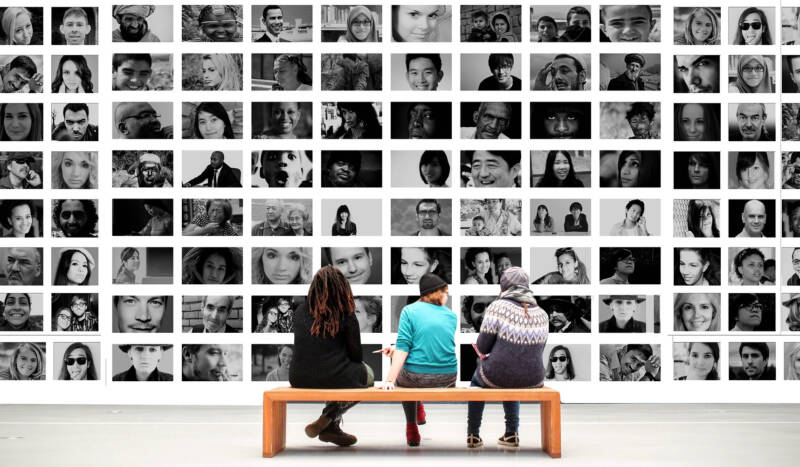 From Priest to People

Parshat Kedoshim continues to discuss the laws of holiness, changing focus from the world of the Sanctuary and Priests to the Israelites as a whole, commanding them to be holy. The opening chapter contains the “holiness code” with its commands to love the neighbour and the stranger, as well as other ritual laws. The second half of the parsha deals with forbidden relationships and prohibited pagan practices.

Until now the book of Vayikra has been largely about sacrifices, the laws of purity, the Sanctuary, and the priesthood. It has been, in short, about a holy place, holy offerings, and the elite and holy people – Aharon and his descendants – who are the Priests. Suddenly, in chapter 19, the Torah shifts its focus to the whole of the people and the whole of life:

The Lord said to Moshe: “Speak to the entire assembly of Israel and say to them, ‘Be holy because I the Lord your God am holy.’” (Vayikra 19:1–2).

This is the first and only time in the book of Vayikra that the entire people are included in a command concerning holiness. The Sages say that it means that the contents of this chapter were declared by Moshe to a formal gathering of the entire nation (hak’hel). It is the people as a whole who are commanded to “be holy,” not just an elite, such as the Priests. In fact, it is life itself that is to be sanctified. Holiness is to be achieved in the way the nation makes its clothes and plants its fields, in the justice of its law courts, the way workers are paid, and the way business is conducted. The vulnerable – the deaf, the blind, the elderly, and the stranger – are to be protected. The whole of society is to be governed by love, without anger or revenge.

This is a radical idea. It is the democratisation of holiness. Just as in a democracy all people have equal rights, the Torah tells us here all people have and can achieve holiness. All ancient societies had Priests. We have several examples in the Torah of non-Israelite Priests (for example Yitro, Moshe’ father-in-law, was a Midianite Priest). The Priesthood was not unique to Israel, and in all places it was an elite group. However, here for the first time, we find a code of holiness directed to the people as a whole. This is a radical and new idea the Torah brings to the world – we are all called on to be holy.

1. What do you think holiness means? How and when can you be holy in your life?

2. If the Priests are not holier than the rest of the people, why are they separated as an “elite”?

3. What do you think the phrase democratisation of holiness means here and why was it such a radical idea?

One Yom Kippur, a young boy who could not read came to the synagogue of the Ba’al Shem Tov with his father. They were desperately poor and his father could not afford to send the boy to school. He could not even read the siddur or follow with the prayers. But the boy had a deep desire to join the community in their prayers and so accompanied his father to shul anyway. He sat down next to his father and closed his eyes tight, and whispered to Hashem, “I don’t know the prayers. All I know is the letters of the Alef-Bet that my father taught me. Please take the letters and turn them into the right words, to say what I feel in my heart.”

He then began to sing the Alef-Bet over and over again. His father became embarrassed and began to shush him, but the Ba’al Shem Tov stopped him, and asked him to allow the boy to continue to pray. At the conclusion of the final service of the day, Ne’ilah, the Ba’al Shem Tov announced to the community that not only were the boy’s prayers accepted by the Master of the Universe, but they broke through the gates of heaven, helping the prayers of the rest of the community to enter as well!

2. Do you feel you can approach God and talk to Him? Do you think there are more “holy” or scholarly people that find it easier?

This radical idea, the democratisation of holiness, that all people have and can achieve holiness, should come as no surprise to us. The idea, if not the details, had already been hinted at in the Torah. The most explicit instance comes in the prelude to the great covenant-making ceremony at Mount Sinai when God describes the potential of His people to be a “kingdom of Priests and a holy nation” (Shemot 19:5–6), that is, a kingdom all of whose members are to be in some sense Priests, and a nation that is, in its entirety, holy.

The first indication is much earlier still, in the first chapter of Bereishit, with its monumental statement, “God created mankind in His own image” (Bereishit 1:27). What is revolutionary in this declaration is not that a human being could be in the image of God. That is precisely how kings of Mesopotamian city states and Pharaohs of Egypt were regarded. They were seen as the representatives, the living images, of the gods. That is how they derived their authority. The Torah’s revolution is the statement that not some, but all, humans share this dignity. Regardless of class, colour, culture, or creed, we are all in the image and likeness of God.

Thus was born the cluster of ideas that, though they took many millennia to be realised, led to the distinctive culture of the West: the non-negotiable dignity of the human person, the idea of human rights, and eventually, the political and economic expressions of these ideas: liberal democracy on the one hand, and the free market on the other.

The point is not that these ideas were fully formed in the minds of human beings during the period of biblical history. This is clearly not so. The concept of human rights is a product of the seventeenth century. Democracy was not fully implemented until the twentieth. But already at the beginning of Bereishit, the seed was planted.

The concept of equality we find in the Torah specifically and Judaism generally is not an equality of wealth: Judaism is not communism. Nor is it an equality of power: Judaism is not anarchy. It is fundamentally an equality of dignity. We are all equal citizens in the nation whose sovereign is God. Hence the elaborate political and economic structure set out in Shemot, organised around the number seven, the sign of the holy. Every seventh day is free time. Every seventh year, the produce of the field belongs to all, Israelite slaves are to be liberated, and debts released. Every fiftieth year, ancestral land is to return to its original owners. Thus the inequalities that are the inevitable result of freedom are mitigated. The logic of all these provisions is the priestly insight that God, Creator of all, is the ultimate owner of all:

“The land must not be sold permanently, because the land is Mine and you reside in My land as strangers and temporary residents” (Shemot 25:23).

God therefore has the right, not just the power, to set limits to inequality. No one should be robbed of dignity by total poverty, endless servitude, or unrelieved indebtedness.

What is truly remarkable, however, is what happened after the biblical era and the destruction of the Second Temple. Faced with the loss of the entire infrastructure of the holy, the Temple, its Priests, and sacrifices, Judaism translated the entire system of avodah, Divine service, into the everyday life of ordinary Jews. In prayer, every Jew became a Priest offering a sacrifice. In repentance, he or she became a High Priest, atoning for his sins and those of his or her people. Every synagogue, in Israel or elsewhere, became a fragment of the Temple in Jerusalem. Every table became an altar, every act of charity or hospitality, a kind of sacrifice.

Torah study, once the speciality of the Priesthood, became the right and obligation of everyone. Not everyone could wear the official crown of Priesthood, but everyone could wear the crown of Torah. A mamzer talmid chacham, a Torah scholar of illegitimate birth, say the Sages, is greater than an am haaretz Kohen Gadol, an ignorant High Priest. Out of the devastating tragedy of the loss of the Temple, the Sages created a religious and social order that came closer to the ideal of the people as “a kingdom of Priests and a holy nation” than had ever previously been realised. But the first clue is to be found much earlier, in the opening of Vayikra 19: “Speak to the entire assembly of Israel and say to them, ‘Be holy because I, the Lord, your God, am holy.’”

Holiness belongs to all of us when we turn our lives into the service of God, and society into a home for the Divine Presence.

Judaism represents a highly distinctive approach to the idea of equality, namely that it is best served not by equality of income or wealth, nor even of opportunity. Nor is it sufficient that we each have equal standing before God at times of prayer, and before the law (in cases of dispute). A society must ensure equal dignity – the Hebrew phrase is kavod habriyot, “human honour” – to each of its members.

To Heal a Fractured World, p.39

1. This quote could be seen as a critique of political systems that try to ensure equality, such as socialism, or even liberal democracy. On what basis could these systems be critiqued?

2. How does Judaism try to ensure all members of society are treated with kavod habriyot and have equal dignity?