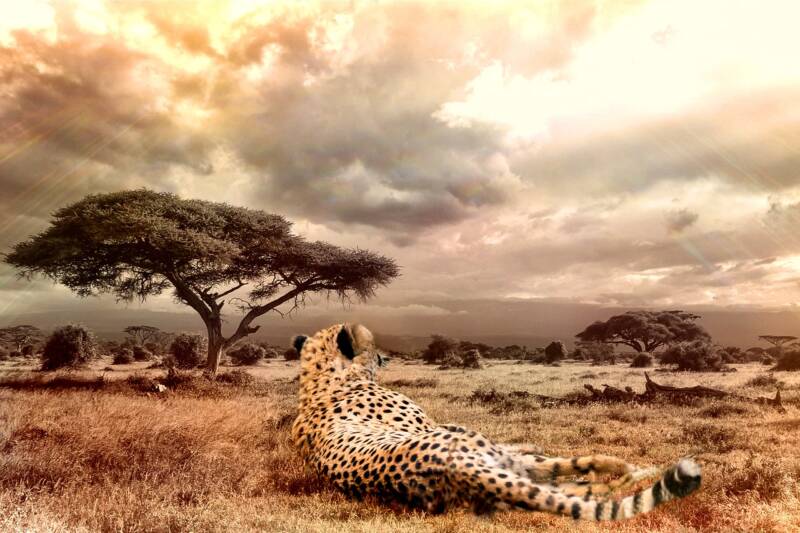 With Ki Teitse, Moses reaches the heart of the details of our covenant. The parsha contains seventy-four commands, more than any other in the Torah. Among them are laws about family members, moral and legal obligations towards neighbours and fellow citizens, male and female relationships, moral behaviour in relation to business matters, and other rules of social responsibility. The parsha ends with the command to always remember Amalek, the Torah’s key example of a people that behaved with hatred and cruelty.

Descartes (a 17th century French philosopher and scientist) thought that animals lacked souls. So he said that you could do with them as you pleased. Judaism does not believe that animals lack souls – “The righteous person cares about the nefesh of their animal,” says the book of Mishlei (12:10). To be sure, nefesh here probably means “life” rather than “soul” (neshamah in Hebrew). But Tanach does regard animals as conscious beings. They may not speak, but they do feel. They are capable of distress. Therefore there is such a thing as animal distress, tzaar baalei chayim, and as far as possible it should be avoided.

So we read in Parshat Ki Teitse: “Do not plough with an ox and donkey together” (Devarim 22:10). The ox is stronger than a donkey, so expecting the donkey to match the work of an ox is cruel. Each animal species has a unique role in the scheme of creation that we must respect.

Another law is: Do not muzzle an ox when it is treading grain” (Devarim 25:4). What is striking about this law is that it is parallel to a similar law concerning human beings as well: “When you come [to work] in your neighbour’s vineyard, you may eat as many grapes as you desire to satisfy your hunger… When you come [to work] in your neighbour’s standing grain, you may take the ears with your hand” (Devarim 23:25–26). The principle is the same in both cases: it is cruel to prevent those working with food from eating some of it. The parallel laws send a clear message. Animals, not just humans, have feelings, and they must be well-treated.

1. How do the mitzvot mentioned in the parsha show an ethical concern for animals?

2. Why do you think these mitzvot are in a parsha that talks mainly about human relationships?

3. Why do you think the Torah is concerned with ethical behaviour towards animal?

Rabbi Yehuda said to the animal “Go, because this was the reason for which you were created!”

At that moment, the angels in heaven declared “Since Rabbi Yehuda HaNasi was not compassionate toward the calf, let him suffer himself!” From that day on he suffered terrible pain, until, thirteen years later, another incident occurred. On that day his maidservant was sweeping his house when she discovered a family of weasels taking shelter. She began to sweep them away and out of the house when Rabbi Yehuda HaNasi stopped her, and declared: “Leave them be! It says in Tehillim “The Lord is good to all. He shows mercy to all His creations!” (Tehillim 145:9). The angels in heaven then said “Since he showed compassion here, we will show him compassion”, and his pain ended that day.

1. Was Rabbi Yehuda HaNasi wrong to send the calf to its death?

The most fascinating animal legislation in this parsha is the law of “sending the mother bird away”:

“If you come across a bird’s nest beside the road, either in a tree or on the ground, and the mother is sitting on the young or on the eggs, do not take the mother with the young. You may take the young, but be sure to let the mother go, so that it may go well with you and you may have a long life.” (Devarim 22:6–7)

Much has been written on this command. Here we discuss only the analysis given by Moses Maimonides (Rambam), fascinating in its complexity. There is a law that appears twice in the Mishnah, stating that if a leader of prayer says, “Your mercies extend even to a bird’s nest,” they are to be silenced. The Talmud offers two possible explanations, of which one is that such a prayer “makes it seem as if the attributes of God are an expression of compassion, whereas in fact they are mere decrees.”

In both his commentary to the Mishnah and his law code, Rambam adopts this view. He adds: If the reason for sending the mother bird away were Divine compassion towards animals then, in consistency, God should have forbidden killing animals for food. The law therefore should be understood as a decree we cannot understand rationally (a gezerat hakatuv), and has nothing to do with compassion, human or Divine.

In Guide for the Perplexed, however, Rambam adopts the opposite approach. There he rejects the very notion that there are commands without reason. It is permitted to kill animals, he says, for food, because eating meat  is beneficial to human health. Shechitah (ritual slaughter), has careful laws on the most painless way to kill an animal for kosher meat.

He says: It is also prohibited to kill an animal with its young on the same day, in order that people should be restrained and prevented from killing the two together in such a manner that the young is killed in the sight of the mother, for the pain of the animals under such circumstances is very great. There is no difference in this case between the pain of human beings and the pain of other living beings, since the love and tenderness of the mother for her young ones is not produced by reasoning but by imagination, and this faculty exists not only in man but also in most living beings…. The same reason applies to the law which enjoins that we should let the mother bird fly away when we take the young.

So Rambam, contrary to the position he takes in his law code, here states that the law does have compassion as its logic. Moreover, what it seeks to avoid is not physical pain to the animal but psychological distress. Rambam’s view of animals has been confirmed by recent findings in biology that suggest that many species do indeed resemble humans in their ability to form groups, engage in reciprocal altruism, and display a range of emotions. In most animal species, it is the mother that forms an ongoing bond with the young. Among animals, fatherhood is usually far less developed. So Rambam’s explanation in      The Guide is empirically well founded.

However, elsewhere in The Guide, Rambam takes yet a third position. Divine Providence, he says, extends to individuals only among humans. Amongst animals, it applies solely to a species as a whole. So the reason we must not cause animals pain or distress is not because the Torah is concerned about animals but because it is concerned about humans. We should not be cruel.

There is a rule laid down by our Sages that it is directly prohibited in the Torah to cause pain to an animal. This rule is based on the words [of the angel to Balaam], “Why have you beaten your donkey?” (Bamidbar 22:32). The object of this rule is to refine our behaviour, so that we should not assume cruel habits, and that we should not uselessly cause pain to others – instead, we should be prepared to show pity and mercy to all living creatures except when necessity demands the contrary.

In this view, we are forbidden to cause needless suffering to animals because this will desensitise us and lead us eventually to be cruel to human beings. Rambam thus seems to embrace three sharply conflicting views:

1. The law of the mother bird is a Divine decree with no reason.

2. This law is intended to spare the mother bird emotional pain.

3. These rules are intended to have an effect on us, not the animal, by training us not to be cruel.

In fact all three are true, because they answer different questions. The first view explains why we have the laws we have. The Torah forbids certain acts that are cruel to animals but not others. Why these and not those? Because that is the law. Laws will always seem arbitrary. Why, for example, is one permitted to drive at thirty miles an hour in a city, but not thirty-one? Why not set the bar at twenty-nine? The reason for the law is obvious: to avoid accidents. But we observe the law because it is the law, even though, under certain circumstances, driving at forty miles an hour might seem safe, and at other times, driving at twenty would be dangerous. The second view listed above explains the immediate logic of the law. It exists to prevent needless suffering to animals, because they too feel physical pain and sometimes emotional distress as well. The third view sets the law in a larger perspective. Cruelty to animals is wrong, not because animals have rights but because we have duties. The duty not to be cruel is intended to promote virtue, and the primary context of virtue is the relationship between human beings. But virtues are indivisible. Those who are cruel to animals often become cruel to people. Hence we have a duty not to cause needless pain to animals, because of its effect on us. Hence the third proposition of Rambam.

This is a subtle and nuanced approach. Animals are part of God’s creation. They have their own integrity in the scheme of things. We now know that they are far closer to human beings than philosophers like Descartes thought.

This would not have been news to the heroes of the Bible. Abraham, Moses, and David were all shepherds who lived their formative years watching over and caring for animals. That was their first tutorial in leadership, and they knew that this was one way of understanding God Himself (“The Lord is my shepherd” [Tehillim 23:1]).

As we saw last week in the environmental discussion on Shoftim, Bereishit 1 gives us the mandate to “subdue” and “rule” creation, including animals, but Bereishit 2 gives us the responsibility to “serve” and “guard.” Animals may not have rights but they do have feelings, and we must respect them if we are to honour our role as God’s partners in creation.

Judaism gives us our moral code of a society, and it cares about social virtues: righteousness (tzedek/tzedakah), justice (mishpat), loving-kindness (chessed) and compassion (rachamim). These structure the template of biblical law, which covers all aspects of the life of society, its economy, its welfare systems, its education, family life, employer–employee relations, the protection of the environment and so on.

1. What role can ethical legislation towards animals (such as the mitzvot in the parsha) play in creating a society of righteousness, justice, loving-kindness and compassion?

2. Do you think having pets play a role in this also?