Argument for the Sake of Heaven
Family Edition 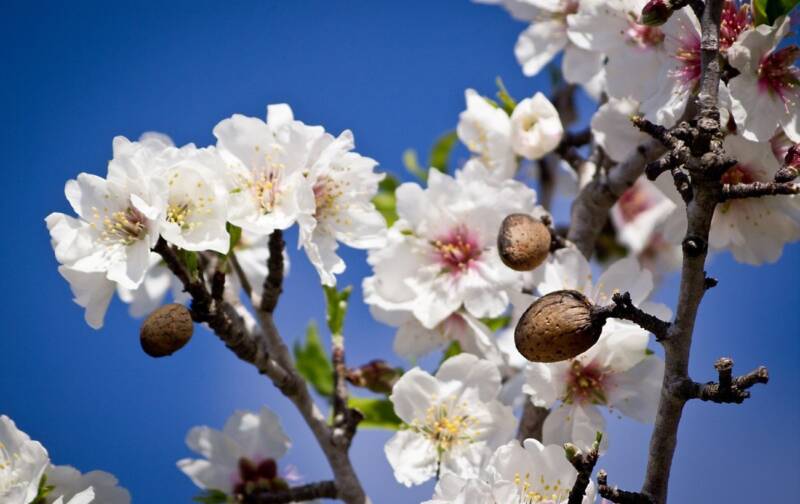 Argument for the Sake of Heaven

The story of the rebellion of Korach was a devastating challenge to Moshe’s leadership. As Ramban points out, it could only have happened because after the sin of the spies and the resulting punishment that the generation who left Egypt would not live to enter the land, the people were bitterly disappointed. Building on their unrest and shattered hopes, Korach assembled a rabble of troublemakers – some from his own tribe, some from the tribe of Reuben, and others who had leadership positions elsewhere – and challenged the leadership of Moshe and Aharon.  The rebellion failed – the ground opened up and swallowed the chief rebels – yet the complaints of the people continued. They ended only when Aharon’s rod, alone among the rods for each tribe, blossomed, and brought forth almonds, a message of peaceful conflict resolution. The parsha ends with a legal section detailing the duties of the Priests and Levites and the offerings to be given to them by the rest of the people.

The Korach rebellion was different from the other complaints and demonstrations Moshe faced during the wilderness years. It did not stem from a problem the Israelites faced such as a lack of food or water, or a way through the sea, or having to fight a battle against giants. It was a personal attack on Moshe and Aharon. Korach and his fellow rebels accused Moshe of favouritism, of failure, and of being a fraud – of making decisions for his own benefit, in the name of God. So terrible was this argument, that it became the classic example for the Sages of the worst kind of disagreement – an argument “not for the sake of Heaven”. The opposite of this is an argument for the sake of Heaven, and the classic example given by the Sages is arguments between Hillel and Shammai (Mishnah Avot 5:17).

This becomes obvious when you notice the difference between what the rebels said and what they really wanted. What they said was that the people did not need leaders, because they were all holy. They had all heard the word of God. There should therefore be no leaders of higher rank or holiness within Israel. “Why then do you set yourselves above the Lord’s assembly?” (Bamidbar 16:3). But from Moshe’ reply, it is clear that he knew they actually wanted something altogether different. He answered: “Now listen, you Levites! Is it not enough for you that the God of Israel has separated you from the rest of the Israelite community and brought you near Himself to do the work at the Lord’s Tabernacle and to stand before the community and minister to them? …but now you are trying to get the Priesthood too.” (Bamidbar 16:8–10)

Moshe knew they did not really want a community without leaders. Instead, they wanted to be the leaders. Korach’s speech had nothing to do with finding the truth, but rather it was about achieving personal honour, status, and power.

1. What distinguishes an argument for the sake of Heaven from other arguments?

2. What did Korach really want? What do you think Hillel and Shammai wanted when they argued?

3. Can you think of examples of both types of arguments from your own life?

1. What distinguishes an argument for the sake of Heaven from other arguments?

2. What did Korach really want? What do you think Hillel and Shammai wanted when they argued?

3. Can you think of examples of both types of arguments from your own life?

1. How can the positions of both Hillel and Shammai be the words of the living God if they contradict each other?

2. If both positions are right, why does God need to announce a winner?

Moshe’s first response to Korach and his followers was to propose a simple test. Let the rebels bring an offering of incense the next day and God would show whether He accepted or rejected their offering. This is a rational response. Since Korach and his fellows claimed Moshe did whatever he wanted, not was God wanted, let God decide who the true leader should be. It was a controlled experiment, an empirical test. God would let the people know, in an unambiguous way, who was right. It would establish, once and for all, the truth.

But Moshe did not stop there, as he would have done if truth were the only issue involved. As we saw in the quote above, Moshe tried to argue Korach out of his dissent, not by addressing his argument but by speaking to the resentment that lay behind it. He told him that he had been given a position of honour. He may not have been a Priest but he was a Levite, and the Levites had special sacred status not shared by the other tribes. He was telling him to be satisfied with the honour he had and not let his ambition overreach itself.

At this point, the confrontation became yet more intense. For the first and only time in his life, Moshe staked his leadership on the occurrence of a miracle. He said, “By this you shall know that it was the Lord who sent me to do all these things, that they were not of my own devising: If these men die a natural death and suffer the fate of all mankind, then the Lord has not sent me. But if the Lord brings about something totally new, and the earth opens its mouth and swallows them, with everything that belongs to them, and they go down alive into the grave, then you will know that these men have treated the Lord with contempt.” (Bamidbar 16:28–30)

He was immediately answered. No sooner had he finished than “the ground under them split apart and the earth opened its mouth and swallowed them” (Bamidbar 16:32). The rebels “went down alive into the grave” (16:33). One cannot imagine a more dramatic vindication. God had shown, beyond possibility of doubt, that Moshe was right and the rebels wrong. Yet this did not end the argument. That is what is extraordinary. Far from being apologetic and repentant, the people returned the next morning still complaining – this time, not about who should lead whom but about the way Moshe had chosen to end the dispute: “The next day the whole Israelite community grumbled against Moshe and Aharon. ‘You have killed the Lord’s people,’ they said” (17:6).

You may be right, they implied, and Korach may have been wrong. But is this a way to win an argument? To cause your opponents to be swallowed up alive? This time, God suggested an entirely different way of resolving the dispute. He told Moshe to have each of the tribes take a staff and write their name on it, and place them in the Tent of Meeting. On the staff of the tribe of Levi, he should write the name of Aharon. One of the staffs would sprout, and that would signal whom God had chosen. The tribes did so, and the next morning they returned to find that Aharon’s staff had budded, blossomed, and produced almonds. That, finally, ended the argument (Bamidbar 17:16–24).

What resolved the dispute, in other words, was not a show of power but something altogether different. The fact that Aharon’s rod produced almond blossoms seems to have had rich symbolism. In the Near East, the almond is the first tree to blossom, its white flowers signalling the end of winter and the emergence of new life. The almond flowers recalled the gold flowers on the Menorah (Shemot 25:31; 37:17), lit daily by Aharon in the Sanctuary. The Hebrew word tzitz, used here to mean “blossom,” recalls the tzitz, the “frontlet” of pure gold worn as part of Aharon’s headdress, on which were inscribed the words “Holy to the Lord” (Shemot 28:36). The sprouting almond branch was therefore more than a sign. It was a multifaceted symbol of life, light, holiness, and the watchful presence of God.

One could almost say that the almond branch symbolised the Priestly will to life as against the rebels’ will to power. The Priest does not rule the people; he blesses them. He is the channel through which God’s life-giving energies flow. He connects the nation to the Divine Presence. What makes a spiritual leader is not ambition but humility. Moshe answered Korach in Korach’s terms, by a show of force. God answered in a quite different way, showing that leadership is not self-assertion but self-effacement.

The Sages celebrated machloket le-shem shamayim, ‘argument for the sake of heaven.’ They epitomised it in the archetypal debates between Hillel and Shammai, about which it was said that elu ve-elu divrei Elokim chayim, ‘these and these are the words of the living God.’ The central document of rabbinic Judaism, the Babylonian Talmud, is written in the form of sequences of argument. The argument itself and the clarification of the issues involved is often more important than the conclusions reached. Rejected opinions are considered as closely as accepted ones. Indeed, the Talmud states that the rulings of the school of Hillel became authoritative because, among other things, they studied the views of their opponents as well as their own and stated them before their own.

Argument, for the Sages, was a deeply religious mode of discourse: not only argument between man and man, but even argument between man and God. The aggadic or interpretive literature of the Talmudic period turns the biblical conversations between man and God – Moshe’ plea for the Israelites after the sin of the Golden Calf, for example, or Hannah’s prayer for a child – into intense and dramatic confrontations which the rabbis termed chutzpah kelapei shamaya, audacity toward heaven. In this respect they were continuing a biblical tradition of argument between earth and heaven – we recall Abraham’s dialogue over the fate of Sodom, Job’s over his tragedy, Moshe’ and Jeremiah’s over the justice of Providence. It is a highly distinctive tone of Jewish spirituality, one that embarrassed Philo and other Jewish philosophers, but one that remained close to the Jewish heart.

1. Why do you think argument is so central to Jewish culture, the halachic process, and even Jewish spirituality?

2. How can an argument between man and God be considered an ‘argument for the sake of heaven’?