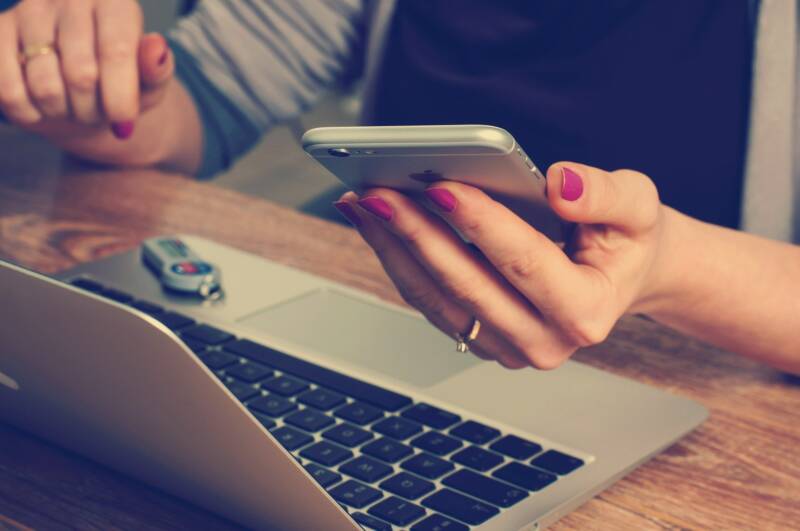 Parshat Metzora continues with the themes we started to see in parshat Tazria, including the process of purification for tsara’at, the decay that causes skin disease in humans and discolouration in garments and the walls of houses. This parsha concludes with the process of purifying after various types of bodily discharges.

The phenomenon of tsara’at no longer exists as far as we know. Why is it still important to learn about it in the Torah?

It was the Septuagint, the early Greek translation of the Hebrew Bible, that translated tsara’at, the condition whose identification and cleansing occupies much of Tazria and Metzora as “lepra”, giving rise to a long tradition identifying it with leprosy.

That tradition is now widely acknowledged to be incorrect. First, the condition described in the Torah simply does not fit the symptoms of leprosy. Second, the Torah applies it not only to various skin conditions but also to mildew (mould or fungus) on clothes and the walls of houses, which certainly rules out any known disease. The Rambam puts it best: “Tsara’at is a comprehensive term covering a number of dissimilar conditions. Thus whiteness in a person’s skin is called tsara’at. The falling off of some of his hair on the head or the chin is called tsara’at. A change of colour in garments or in houses is called tsara’at.” (Hilchot Tumat Tsara’at 16:10)

Seeking to identify the nature of the phenomenon, the Sages looked for clues elsewhere in the Torah and found them readily available. Miriam was afflicted with tsara’at for speaking badly about her brother Moshe (Bamidbar 12:10). The Torah later gives special emphasis to this event, seeing it as a warning for all generations:

“Be careful with regard to the plague of tsara’at… Remember what the Lord your God did to Miriam along the way after you came out of Egypt.”

It was, in other words, not a normal phenomenon in nature, but rather a specific Divine punishment for lashon hara, evil speech. The Rabbis drew attention to the similarity between the words metzora, a person afflicted by the condition, and motzi shem ra, someone guilty of slander.

1. How do we know that tsara’at is a punishment?

2. Why do you think the Rabbis made this word-play, connecting the Hebrew words for someone suffering with tsara’at and someone guilty of slander?

Close your eyes and imagine.

Imagine yourself in your friend’s house. Their parents are out of town for the day and they have invited a group of friends over, so you have the house to yourselves. Take a look at who is there. What are you doing? What are you talking about? Spend a few moments imagining what the conversation is about.

Now imagine that you hear a knock on the door, and it is your parents, who walk straight in and sit on the edge of the room (awkward… have they lost their minds?!) “You kids carry on as if we weren’t here,” they say to you all. Is this possible? How does your behaviour or your conversation change now that your parents are there?

You usher them out (enough is enough!) and they go back home. But a couple of minutes later, your friend’s grandparents knock on the door and join the party. “We just wanted to check in on you all. You kids carry on as if we weren’t here,” they mumble as they sit down on the couch. (What is it with all these old people? FOMO?!) How does their presence in the room change everyone’s behaviour and conversation?

Your friend’s grandparents suddenly realise they have a Bridge game to get to, so they soon leave, but then, inexplicably, your local Rabbi turns up at the door. “I just came to borrow a book from your father,” he says to your friend as he sits down in the middle of the room… (this guided imagination exercise has got out of hand now!) “You kids carry on as if I wasn’t here,” he says. Do you? How does your behaviour and the group conversation change?

Now open your eyes, and reflect on the relief that this has all been a bizarre day dream!

Rambam, on the basis of rabbinic traditions, gives a brilliant account of why tsara’at afflicted both inanimate objects like walls and clothes, and human beings:

The most compelling illustration of what the tradition is speaking about when it talks of the gravity of motsi shem ra, slander, and lashon hara, evil speech, is Shakespeare’s tragedy Othello. Iago, a high ranking soldier, is bitterly resentful of Othello, a Moorish general in the army of Venice. Othello has promoted a younger man, Cassio, over the more experienced Iago, who is determined to take revenge. He does so in a prolonged and vicious campaign, which involves among other things tricking Othello into the suspicion that his wife, Desdemona, is having an adulterous affair with Cassio. Othello asks Iago to kill Cassio, and he himself kills Desdemona, smothering her in her bed. Emilia, Iago’s wife and Desdemona’s attendant, discovers her mistress dead and as Othello explains why he has killed her, realises the nature of her husband’s plot and exposes it. Othello, in guilt and grief, commits suicide, while Iago is arrested and taken to be tortured and possibly executed.

It is a play entirely about the evil of slander and suspicion, and portrays literally what the Sages said figuratively, that,

“Evil speech kills three people: the one who says it, the one who listens to it, and the one about whom it is said.”

Shakespeare’s tragedy makes it painfully clear how much evil speech lives in the dark corners of suspicion. Had the others known what Iago was saying to stir up fear and distrust, the facts might have become known and the tragedy averted. As it was, he was able to mislead the various characters, playing on their emotional weaknesses and envy, getting each to believe the worst about one another. It ends in serial bloodshed and disaster.

Hence the poetic justice Jewish tradition attributes to one of the least poetic of biblical passages, the laws relating to skin diseases and mildew. The slanderer spreads his lies in private, but his evil is exposed in public. First the walls of his house proclaim his sin, then the leather objects on which he sits, then his clothes, and eventually his skin itself. He is condemned to the humiliation of isolation:

‘Unclean! Unclean!’ he must call out… Since he is unclean, he must remain alone, and his place shall be outside the camp.

It is because his words separated husband from wife and brother from brother that his punishment is that he is separated from human contact and made an outcast from society.

WikiLeaks is an large organisation that publishes news and classified information provided by anonymous sources. It began in 2006 in Iceland and within 10 years it had released at least 10 million confidential documents online, covering insider information from the film industry to national security and war. There has been much discussion about whether or not this is a legal and moral organization, and who is behind it.

At its highest, WikiLeaks (and other examples of whistleblowers often seen in the news and on social media) aims at being today’s functional equivalent of the law of the metzora: an attempt to make public the discreditable things people do and say in private. The Sages said about evil speech that it was as bad as idolatry, incest, and murder combined, and it was Shakespeare’s genius to show us one dramatic way in which it can contaminate human relationships, turning people against one another with tragic consequences.

I believe that we should never say or do in private what you would be ashamed to have others see in your public social media posts or read about on the front page of tomorrow’s newspapers. That is the basic theme of the law of tsara’at, updated to today.

What can we learn from this message for our world where social media is so ever-present (see From the Thought of Rabbi Sacks below)?

[Social media is] a new chapter in the world’s oldest story, the use of words as weapons by people seeking to inflict pain. New – because in the past most communications were face to face and set in some kind of social context, in which parents, teachers or friends were aware of what was going on and could intervene. There were the occasional anonymous letter writers; but at least the pain they caused was private, not public the way social networking messages often are. By allowing people facelessly to make threats or be offensive or spread false rumours, the new sites are offering the demons of our nature the maximum of temptation combined with the maximum of opportunity…

The technology is new, but the moral challenge is old. Judaism’s sages were eloquent on the dangers of what they called evil speech, by which they meant derogatory, demeaning or offensive words. They called this a cardinal sin and said that it destroys three people, the one who says it, the one he says it against and the one who listens in. Words injure; they hurt; they wound. And every new technology that allows us to share words more widely calls for a renewed insistence on the ethics of communication. Free speech does not mean speech that costs nothing. It means speech that respects the freedom and dignity of others. Forget this and free speech will prove to be very expensive indeed.

The Torah has messages for us that are timeless and relevant for every generation. Even if the exact details of the phenomenon that is being described no longer apply to our generation, the lessons we can learn from them in the Torah certainly do. Every action has consequences, and even if tsara’at is no longer the punishment for lashon hara, there are other negative consequences that are less obvious, and learning about the more obvious, visual punishment may help us to understand the result of this act.

As Rabbi Sacks teaches us, the message behind tsara’at being the punishment for lashon hara is that we should remember to “never say or do in private what you would be ashamed to have others see in your public social media posts or read about on the front page of tomorrow’s newspapers.” In From the Thought of Rabbi Sacks, the dangers of social media as a semi-anonymous form of communication so often used for destructive communication is explored. It can be argued that this is the message of tsara’at for our age – we must be careful of the way we use social media as a medium for communication. We have to ensure not to hide behind its anonymity and forget about the impact of our words, and our moral responsibility when using them.