The Universal and the Particular
Family Edition 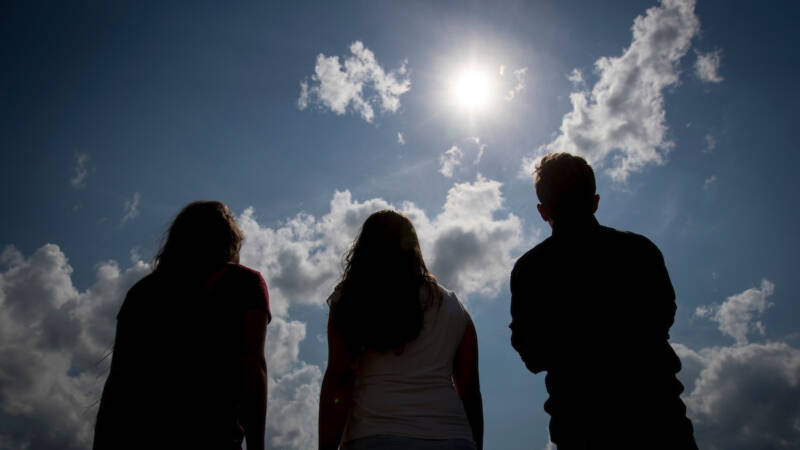 Mikketz tells two of the most dramatic stories in the Torah. The first is the reversal in Yosef’s fortunes. Forgotten and abandoned in prison, he is brought out to interpret Pharaoh’s dreams, which he does successfully. Having told Pharaoh that the dreams warn of eventual drought and famine, he then announces a solution to the problem. Pharaoh, impressed, appoints Yosef to high office in Egypt, second only to himself.

The second story occurs when Yosef’s brothers, driven by famine in Canaan, come to Egypt to buy food. They come before Yosef, but fail to recognise him as their brother, though he recognises them. Yosef, without revealing his identity, creates a complex situation for the brothers that is designed to test them. The test and outcome reaches a climax in the next parasha.

When Yosef is brought from prison to interpret Pharaoh’s dreams, both men refer to God. Three times the word Elokim, God, appears in Genesis 41. On the face of it, this is surprising. Egypt was not a monotheistic (belief in one God) culture. On the contrary, it was a place of many gods and goddesses – the sun, the Nile, and so on. Why then does Yosef take it for granted that Pharaoh will understand his reference to God – an assumption proved correct when Pharaoh twice uses the word himself? What is the significance of the word Elokim?

The Torah has two primary ways of referring to God, the four-letter name we allude to as Hashem (“the name”) and the word Elokim. Judah HaLevi, the philosopher-poet of the eleventh century, believed these represented two different ways to relate to God.

The ancients worshipped forces of nature, which they personified as gods. Each was known as El, or Eloah. The word “El” therefore generically means “a force, a power, an element of nature.” Judaism, however, believed that the forces of nature were not independent and autonomous. They represented a single totality, one creative will, the Author of being – God. The Torah therefore speaks of Elokim in the plural, meaning, “the sum of all forces, the totality of all powers.” Today we might say that Elokim is God as He is found in science: The Big Bang, the various forces that give the universe its configuration, and the genetic code that shapes life from the simplest bacterium to Homo sapiens.

Hashem is God’s proper name. The difference between proper names and general descriptions is important. Things have descriptions, but only people have proper names. When we call someone by name, we are relating to them in their uniqueness and ours. We are opening up ourselves to them and inviting them, in readiness and respect, to open themselves up to us.

Elokim is God as we encounter Him in nature. Hashem is God as we encounter Him in personal relationships, above all in that essentially human mode of relationship that we call speech, verbal communication, conversation, dialogue, words. That is why Yosef is able to assume that Egyptians will understand the idea of Elokim, even though they are wholly unfamiliar with the idea of Hashem. An Egyptian can understand Elokim, the God of nature. He cannot understand Hashem, the God of personal relationship.

1. Do you find it easy or hard to relate to Elokim, the God of science and creation?

2. Do you find it easier or harder to relate to Hashem, the personal God, with whom you can speak with and have a relationship with?

3. Can you think of examples when you have connected to the aspects of God we are referring to as Elokim and Hashem in your life?

Eliyahu was one of the greatest of the prophets, a man of justice unafraid to confront kings and prophets alike. What upset him the most was the spread of idolatry among his people. He decided to confront the prophets of the god Baal on Mount Carmel. He and they would offer a sacrifice. The God who sent fire to consume the offering would be the true God. His opponents prepared the sacrifice, said their prayers and waited. No fire came. Eliyahu then said a prayer and fire came down from heaven. Eliyahu had won! And the people declared “The Lord is God”.

But the story does not end there. Queen Jezebel orders Eliyahu’s arrest and he runs away to Mount Horeb, which is Mount Sinai. God asks him: “What are you doing here, Eliyahu?” Eliyahu replies: “I have been very zealous for the Lord God Almighty.” God says: “Go and stand on the mountain in the presence of the Lord, for the Lord is about to pass by.” Suddenly there was a whirlwind, “tearing the mountains apart and shattering the rocks”. But God was not in the wind. Then came an earthquake, but God was not in the earthquake. Then there was a fire, but God was not in the fire. Then came a “still, small voice”. Immediately, Eliyahu recognised that this was the voice of God.

God then repeated his question, “What are you doing here, Eliyahu?” Eliyahu replied in the same words as before. God then told Eliyahu to appoint Elisha as his successor.

1. In The Core Idea, we saw two aspects of God, represented by two different names, Elokim and Hashem. Which of those do you see in this story?

2. What lesson do you think God was trying to teach Eliyahu?

As we saw in The Core Idea, Yosef refers to God in a way Pharaoh can understand – as Elokim, the aspect of God to be found in creation, rather than Hashem, the aspect of God we find in personal relationships and in revelation (direct divine communication). This is the tension, within Judaism, between the universal and the particular. God as we encounter Him in creation is universal; God as we hear Him in revelation is particular.

This is mirrored in the way the narrative of Genesis develops. It begins with characters and events whose significance is that they are universal archetypes: Adam and Eve, Cain and Abel, Noah and the Flood, the builders of Babel. Their stories tell us about the human condition as such: obedience and rebellion, faith and fratricide, hubris and nemesis, technology and violence, the order God makes and the chaos we create. Not until the twelfth chapter of Genesis does the Torah turn to the particular, to one family, that of Abraham and Sarah, and the covenant God enters into with them and their descendants.

That duality and its sequence – from the universal to the particular – is not marginal to Judaism. One might almost call it the basic structure, the depth grammar, of the Jewish mind. The duality has legal-theological expression in the form of two covenants, the first with Noah and all humanity after the Flood, the second with Abraham and his descendants, given detailed articulation at Mount Sinai and during the wilderness years. On the one hand there is the Noahide covenant with its seven commands: not to murder, steal, commit adultery, blaspheme, worship idols or practice needless cruelty against animals, together with a positive command to establish a system of justice. These are the minimal and basic requirements of humanity as such, the foundations of any stable and morally acceptable society. On the other is the richly detailed code of 613 commandments that form Israel’s constitution as “a kingdom of priests and a holy nation” (Exodus 19:16).

Not only is the duality worked out in the form of law and ethics, covenant and command. It is also expressed in Judaism’s dual epistemology (philosophy of knowledge), its twofold scheme of human knowledge – Chokhma and Torah. Chokhma is the truth we discover; Torah is the truth we inherit. Chokhma is the universal heritage of mankind, by virtue of the fact that we are created in God’s “image and likeness”; Torah is the specific heritage of Israel. Chokhma reveals God in creation; Torah is the word of God in revelation. Chokhma is ontological truth (how things are); Torah is covenantal truth (how things ought to be). Chokhma can be defined as anything that allows us to see the universe as the work of God, and humanity as the image of God; Torah is God’s covenant with the Jewish people, the architecture of holiness and Israel’s written constitution as a nation under the sovereignty of God.

So there are the universals of Judaism – creation, humanity as God’s image, the covenant with Noah and knowledge-as-chokhma. There are also its particularities – revelation, Israel as God’s “firstborn child,” the covenants with Abraham and the Jewish people at Sinai, and knowledge-as-Torah. The first represents the face of God accessible to all mankind (creation); the second, that special, intimate and personal relationship He has with the people He holds close, as disclosed in the Torah (revelation) and Jewish history (redemption). The word for the first is Elokim, and for the second, Hashem.

Judaism was – and to this day remains – unique in its combination of universalism and particularism. We believe that God is the God of all humanity. He created all. He is accessible to all. He cares for all. He has made a covenant with all. Yet there is also a relationship with God that is unique to the Jewish people. It alone has placed its national life under His direct sovereignty. It alone has risked its entire being on a divine covenant. It alone testifies in its history to the presence within it of a Presence beyond it.

1. According to Rabbi Sacks, is it a mitzvah to learn chokhma and if so, why?

2. How is the Jewish people in a unique position to influence the world for the better and how can we do this?