To Wait Without Despair
Family Edition 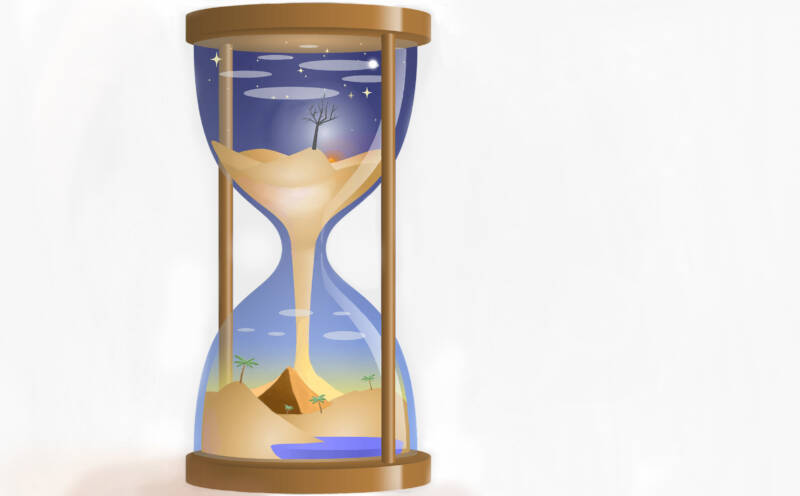 Something extraordinary happens between last week’s parsha and this one, almost as if the week’s break is itself part of the story. In Vayeshev, we saw Yosef in prison. Previously he had been a passive figure, but finally he decided to take action. Knowing that the Chief Butler was about to return to the palace, he asked him to plead his case to the Pharaoh. But the end of the parsha delivers a devastating blow: “The Chief Butler did not remember Yosef, and forgot him” (Bereishit 40:23). The point is made twice within this sentence, emphasising the disappointment of Yosef. We sense him waiting day after day for news. None comes. His last, best hope has gone. He will never go free.

Or so it seems.

Mikketz picks up two years later. The pause before our parsha begins is, in a way, like the delay Yosef experienced in prison. But now things begin to happen. Pharaoh has two dreams that no one in the court can interpret, and the Chief Butler suddenly remembers the man he had met in prison who could interpret dreams. Yosef is brought to Pharaoh, and within hours is transformed from zero to hero: from prisoner-without-hope to Viceroy of the greatest empire of the ancient world.

Why this extraordinary chain of events? It is telling us something important, but what? Surely it is this: God answers our prayers, but often not when we thought or how we thought. Yosef sought to get out of prison, and he did get out of prison. But not immediately, and not because the butler kept his promise.

This story teaches us something fundamental about the relationship between our dreams and our achievements. Yosef was the great dreamer of the Torah, and his dreams came true. But not in a way he or anyone else could have anticipated. At the end of last week’s parsha – with Yosef still in prison – it seemed as if those dreams had ended in embarrassing failure. We have to wait for a week, as he had to wait for two years, before discovering that it was not so.

There is no achievement without effort. Even when God assures us that something will happen, it will not happen without our effort. A Divine promise is not a substitute for human responsibility. To the contrary, it is a call to responsibility.

But effort alone is not enough. We need siyata diShemaya, “the help of Heaven.” We need the humility to acknowledge that we are dependent on forces not under our control. No one in the book of Bereishit refers to God more often than Yosef. He thanked God for each of his successes. He recognised that without God he could not have done what he did. Out of that humility came patience.

Those who have achieved great things have often had this unusual combination of characteristics. On the one hand, they work very hard. They toil, they practise, they strive. On the other, they know that it will not be their hand alone that writes the script. It is not our efforts alone that decide the outcome. So we pray. And God answers our prayers – but it does not always happen when or how we expected.

The week-long delay between Yosef’s failed attempt to get out of prison and his eventual success is there to teach us this delicate balance. If we work hard enough, God grants us success – but not when we want. It happens only when the time is right.

as told by Rabbi Michael Laitner

I once attended a Chanukah shiur for Rabbis, where Rabbi Sacks explained why the Talmudic Sages, Rav and Shmuel, had opposite opinions regarding whether we can light one Chanukah candle from another, if we have no shamash. The Talmud follows Shmuel, who says yes, you can.

Shmuel teaches that with light, the more we share, the more we have. You don’t lose anything from the first flame by using it to create a second flame. This position emphasises the importance of the spiritual victory of the Jewish People in the Chanukah story, which was greater even than the military victory.

This teaching reminds us Jews, and Rabbis particularly, to share their own Judaism, to inspire passion in others for Jewish living, learning, and faith in God, just like how the Maccabees acted in the face of Greek oppression many centuries ago. Somehow, even in such awful circumstances, Jews did not despair.

Rabbi Sacks had a remarkable opportunity to communicate this idea, and the story shows us why Chanukah continues to inspire.

In 1991, he lit Chanukah candles with Mikhail Gorbachev, who had been the President of the Soviet Union until earlier that year. Gorbachev asked him, “Why do you light Chanukah candles? What is the meaning?” And Rabbi Sacks explained that on Chanukah we celebrate the Jews’ refusal to despair, and how they fought for the right to practise Judaism in their Land – and with God’s help they won. Rabbi Sacks linked this to the recent history of the Soviet Union. For over 70 years, the Soviet government had tried to eradicate Judaism and had ruthlessly persecuted Jews. Yet once again, with God’s help, the Jews had patiently won the final battle. “You,” said Rabbi Sacks to Gorbachev, “have helped us and become part of the Chanukah story.” An inspired Gorbachev could only blush.

Rabbi Michael Laitner is Head of Research at the Rabbi Sacks Legacy, Director of Education for the United Synagogue, and an assistant Rabbi at Finchley Synagogue.

What do you see as the key message from ‘To Wait Without Despair’?

This week Rabbi Sacks describes part of our collective experience over centuries, as a people who continue to live as Jews despite exile and many other hardships, knowing and believing that God’s promises will come to fruition, and praying for this daily.

In analysing Yosef’s journey from his original dreams to becoming viceroy of Egypt, Rabbi Sacks touches on some of his fundamental teachings about prayer; in particular, that “God answers our prayers but often not when we thought or how we thought.” (He expands on this theme in Understanding Jewish Prayer, his brilliant introduction essay to the Siddur, especially in section 12.)

Can you take this idea further?

Prayer expresses our faith, not just our requests. It teaches us, every day, to state the core fundamentals of Judaism, such as our beliefs and values. The Amidah prayer is a great example of this.

Echoing Rabbi Tarfon in the Mishna (Pirkei Avot 2:21) Rabbi Sacks explains that even if we do not see the fulfilment of some prayers – that might take another generation – our input, through praying and performing the other mitzvot, is vital to this since by doing so, we play our part in Jewish history.

With incredible faith, despite all the knock-backs he received, Yosef combines his own efforts with humility and belief in God, thereby becoming a great religious role model and national leader. It did not happen as quickly as he hoped. But it happened when the time was right.

Q: Can you find a hint to Chanukah in parshat Mikketz?

A: Mikketz begins by discussing the two dreams of Pharaoh, where the strong cows are swallowed by the weak cows, and the hearty sheaves are devoured by the thin sheaves of grain. This is a hint to the Chanukah victory where the small army of Maccabees defeated the Greeks. In the special tefillah of Al Hanissim read on Chanukah, we say “massarta gibborim b’yad chalashim” meaning, “You delivered the strong into the hands of the weak.”

For more hints to Chanukah in this week’s parsha of Mikketz, which is almost always read on Chanukah, please see pages 41-42 of Torah IQ.