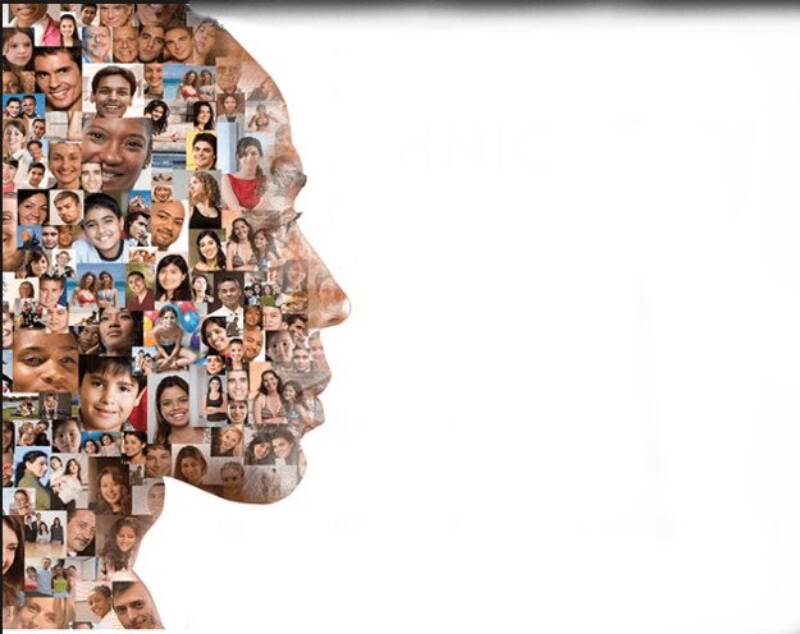 Following the revelation (where God reveals Himself and communicates religious truths) at Mount Sinai, Mishpatim expands on the details of some of the mitzvot. These are mainly the civil law that was to govern the Israelites: laws relating to slaves and their release, personal injuries and property laws, laws of social responsibility, justice and compassion, and laws relating to Shabbat and the festivals. It ends with a confirmation of the covenant, and Moshe ascending the mountain for forty days.

Mishpatim contains many laws of social justice – against taking advantage of a widow or orphan, for example, or charging interest on a loan, against bribery and injustice, and so on. The first and last of these laws, however, is the repeated command against harming a ger, a “stranger.”

Do not ill-treat a stranger or oppress him, for you were strangers in Egypt. (Exodus 22:20)

Do not oppress a stranger; you yourselves know how it feels to be a stranger [literally, “you know the soul of a stranger”], because you were strangers in Egypt. (Exodus 23:9)

Clearly something fundamental is at stake in the Torah’s vision of a just and gracious social order.

What is the logic of this command? The most profound commentary is that given by Nachmanides. According to Nachmanides the command has two dimensions. The first is the relative powerlessness of the stranger. He or she is not surrounded by family, friends, neighbours, a community of those ready to come to their defence. Therefore, the Torah warns against wronging them because God has made Himself protector of those who have no one else to protect them. This is the political dimension of the command.

The second reason, as we have already noted, is the psychological vulnerability of the stranger. The stranger is one who lives outside the normal securities of home and belonging. He or she is, or feels, alone – and, throughout the Torah, God is especially sensitive to the sigh of the oppressed, the feelings of the rejected, the cry of the unheard. That is the emotional dimension of the command.

Rabbi Chayim ibn Attar (Ohr HaChayim) adds a further fascinating insight. It may be, he says, that as children of the covenant Jews may look down on those who are not Jewish. Therefore they are commanded not to feel superior to the ger, but instead to remember the degradation their ancestors experienced in Egypt. It is, he says, a command concerning humility in the face of strangers.

Whichever way we look at it, there is something powerful about the Torah’s concern for the stranger – together with the historical reminder that “you yourselves were slaves in Egypt.” The Torah seems to imply these laws are important in defining what it means to be a Jew.

1. Why do we need to be reminded that we were strangers in Egypt? Surely this is the right thing to do anyway?

2. Which of the three reasons mentioned behind the command do you find most convincing? (a) The stranger is weak in society and needs protecting; (b) The stranger is emotionally vulnerable; (c) The command is a warning against arrogance

3. What do you think is the connection between these laws and what it means to be a Jew?

In 1966 an 11-year-old black boy moved with his parents and family to a white neighbourhood in Washington DC. Sitting with his two brothers and two sisters on the front steps of the house, he waited to see how they would be greeted. They were not. Passers-by turned to look at them, but no one gave them a smile or even a glance of recognition. All the fearful stories he had heard about how whites treated blacks seemed to be coming true. Years later, writing about those first days in their new home, he says, ‘I knew we were not welcome here. I knew we would not be liked here. I knew we would have no friends here. I knew we should not have moved here…’

As he was thinking those thoughts, a white woman coming home from work passed by on the other side of the road. She turned to the children and with a broad smile said, ‘Welcome!’ Disappearing into the house, she emerged minutes later with a tray laden with drinks and sandwiches which she brought over to the children, making them feel at home. That moment – the young man later wrote – changed his life. It gave him a sense of belonging where there was none before. It made him realise, at a time when race relations in the United States were still fraught, that a black family could feel at home in a white area and that there could be relationships that were colour-blind. Over the years, he learned to admire much about the woman across the street, but it was that first spontaneous act of greeting that became, for him, a definitive memory. It broke down a wall of separation and turned strangers into friends.

The young man, Stephen Carter, is now a law professor at Yale, and he eventually wrote a book about what he learned that day. He called it Civility. The name of the woman, he tells us, was Sara Kestenbaum, and she died all too young. He adds that it was no coincidence that she was a religious Jew. ‘In the Jewish tradition,’ he notes, such civility is called ‘chessed – the doing of acts of kindness – which is in turn derived from the understanding that human beings are made in the image of God.’ He adds, ‘Civility itself may be seen as part of chessed: it does indeed require kindnesses toward our fellow citizens, including the ones who are strangers, and even when it is hard.’

1. What is the connection between this story and The Core Idea?

2. What lessons do you think can we learn from this story?

Hatred of the foreigner is the oldest of passions, going back to tribalism and the prehistory of civilisation. The Greeks called strangers “barbarians” because of their (as it seemed to them) outlandish speech that sounded like the bleating of sheep. The Romans were equally dismissive of non-Hellenistic races. The pages of history are stained with blood spilled in the name of racial or ethnic conflict. It was precisely this to which the Enlightenment, the new “age of reason”, promised an end. It did not happen. In 1789, in revolutionary France, as the Rights of Man were being pronounced, riots broke out against the Jewish community in Alsace. Hatred against English and German immigrant workers persisted throughout the nineteenth century. In 1881 in Marseilles a crowd of ten thousand went on a rampage attacking Italians and their property. Dislike of the unlike is as old as mankind.

This fact lies at the very heart of the Jewish experience. It is no coincidence that Judaism was born in two journeys away from the two greatest civilisations of the ancient world: Abraham’s from Mesopotamia, Moshe and the Israelites’ from Pharaonic Egypt. The Torah is the world’s great protest against empires and imperialism. There are many dimensions to this protest. One dimension is the protest against the attempt to justify social hierarchy and the absolute power of rulers in the name of religion. Another is the subordination of the masses to the state – epitomised by the vast building projects, first of Babel, then of Egypt, and the enslavement they entailed. A third is the brutality of nations in the course of war (the subject of Amos’ oracles against the nations). Undoubtedly, though, the most serious offence – for the prophets as well as the Mosaic books – was the use of power against the powerless: the widow, the orphan and, above all, the stranger.

To be a Jew is to be a stranger. It is hard to avoid the conclusion that this was why Abraham was commanded to leave his land, home and father’s house; why, long before Joseph was born, Abraham was already told that his descendants would be strangers in a land not their own; why Moshe had to suffer personal exile before assuming leadership of the people; why the Israelites underwent persecution before inheriting their own land; and why the Torah is so insistent that this experience – the retelling of the story on Passover, along with the never-forgotten taste of the bread of affliction and the bitter herbs of slavery – should become a permanent part of their collective memory.

Enlightenment thought was marked by two great attempts to ground ethics in something other than tradition. One belonged to the Scottish enlightenment – David Hume and Adam Smith – who sought it in emotion: the natural sympathy of human beings for one another. The other was constructed by Immanuel Kant on the basis of reason. It was illogical to prescribe one ethical rule for some people and another for others. Reason is universal, argued Kant; therefore an ethic of reason would provide for universal respect (“Treat each person as an end in himself “).

Neither succeeded. In the twentieth century, villages and townships where Jews had lived for almost a thousand years witnessed their mass murder or deportation to the extermination camps with little or no protest. Neither Humean emotion nor Kantian reason were strong enough to inoculate Europe against genocide. Centuries of religiously inspired hate came together with pseudo-scientific theories of race and social Darwinism (“the survival of the fittest” as Herbert Spencer put it) to relegate whole populations – above all, the Jews – to the category of the sub-human.

It is terrifying in retrospect to grasp how seriously the Torah took the phenomenon of xenophobia, hatred of the stranger. It is as if the Torah were saying with the utmost clarity: reason is insufficient. Sympathy is inadequate. Only the force of history and memory is strong enough to form a counterweight to hate.

The Torah asks, why should you not hate the stranger? Because you once stood where he stands now. You know the heart of the stranger because you were once a stranger in the land of Egypt. If you are human, so is he. If he is less than human, so are you. You must fight the hatred in your heart as I, God, once fought the greatest ruler and the strongest empire in the ancient world on your behalf. I made you into the world’s archetypal strangers so that you would fight for the rights of strangers – for your own and those of others, wherever they are, whoever they are, whatever the colour of their skin or the nature of their culture, because though they are not in your image, says God, they are nonetheless in Mine.

There is only one reply strong enough to answer the question: Why should I not hate the stranger? Because the stranger is me.

Nowhere is the singularity of biblical ethics more evident than in its treatment of the issue that has proved to be the most difficult in the history of human interaction, namely the problem of the stranger, the one who is not like us. Most societies at most times have been suspicious of, and aggressive toward, strangers. That is understandable, even natural. Strangers are non-kin. They come from beyond the tribe. They stand outside the network of reciprocity that creates and sustains communities. That is what makes the Mosaic books unusual in the history of moral thought. As the rabbis noted, the Hebrew Bible in one verse commands, “You shall love your neighbour as yourself”, but in no fewer than 36 places commands us to “love the stranger”.

The Dignity of Difference, p.58

1. Why is it natural to be suspicious of the stranger in society?

2. Why should we fight this inclination?