The Courage to Live with Uncertainty
Family Edition 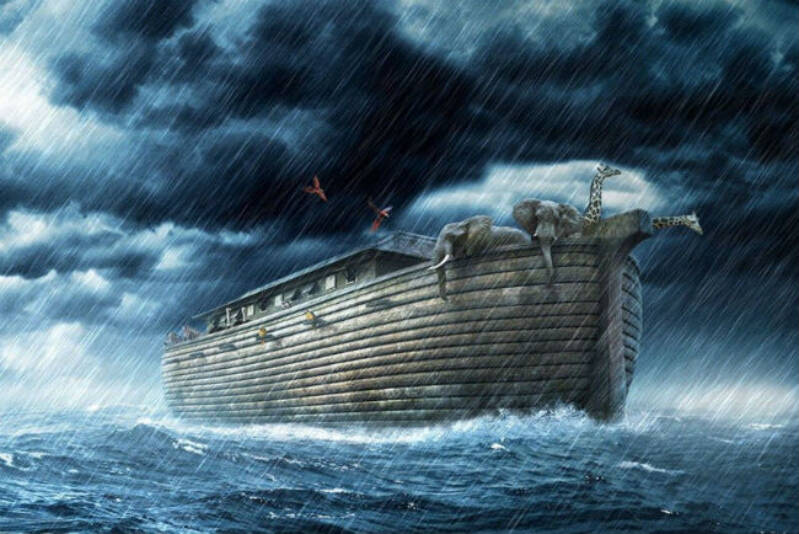 There is an obscure Midrash to explain God’s words to Noach: “Come out of the Ark!” (Bereishit 8:16)

After the rain stopped, Noach said to himself: Since I only entered the Ark with permis­sion [from God], can I leave without permission?

The Holy One blessed be He said to him, “Are you looking for permission? In that case I give you permission: Come out of the Ark!”

Rabbi Yehudah bar Ilai then adds his own comment:

If I had been there, I would have smashed down the doors of the Ark and taken myself out of it.[1]

The message from this Midrash is that when it comes to rebuilding a shattered world, you do not wait for permission. God gives us unlimited permission and He expects us to go on ahead. This, says Rashi, is why God began the Jewish people not with Noach but with Avraham. Noach, says the Torah, “walked with God” (Bereishit 6:9). But God said to Avraham, “Walk on ahead of Me.” (Bereishit 17:1)

When I learnt this Midrash, suddenly I understood a significant part of what faith is: In Judaism, faith means the courage to pioneer, to do something new, to take the road less travelled, to venture out into the unknown. That is exactly what Avraham and Sarah did when they left their land, their home, and their parents, to journey to Israel. It is what B’nei Yisrael did in the days of Moshe when they journeyed forth into the wilderness, guided only by a pillar of cloud by day and fire by night.

Even in the modern age, that ancient reflex of bravery has survived. How else are we to understand the fact that the Jewish People, who are such a tiny minority in Europe and the United States, were able to produce so many shapers of the modern mind, each of them a pioneer in their own way.

Faith is the courage to take a risk. The principle of “walk on ahead”, the idea that our Creator wants us, His greatest creation, to be creative, is what makes Judaism unique. We must not forget the high value it places on the human person and the human condition, and our responsibility to make changes for others.

Faith is the courage to take a risk for the sake of God or the Jewish people; to begin a journey to a distant destination knowing that there will be hazards along the way, but knowing also that God is with us, giving us strength if we align our will with His. Faith is not certainty, but the courage to live with uncertainty.

The Crown of Torah

Rabbi Sacks guided and supported me through my early days as Chief Rabbi of South Africa, which I assumed at a relatively young age. He was one of the first people to call me when I took up the position; he was there for me at a critical time as I was finding my feet, and that support continued over the years. Sacks embodied this idea which he writes about so powerfully in this week’s parsha piece, of being courageous, of taking the initiative. While others were paralysed by the problems of our world, or resigned to them, he confronted them boldly, directly.

For me, the most fitting description of Rabbi Sacks is a phrase the Torah uses to describe Abraham: “prince of God”. He was a prince amongst the Jewish people and a prince among the nations, celebrated for his leadership, his intellect, his ideas.

Above all was the keter Torah, the “crown of Torah”, which Rabbi Sacks carried with such dignity and authority – and boldness. He shone its Divine light to illuminate some of the most difficult and complex issues facing our society – religious intolerance, antisemitism, secularism and materialism, faith and science, the “politics of anger”. He didn’t wait for permission. He didn’t tread carefully. The landscape may have been uncertain, but he “went on ahead”, embodying the courage he writes about in this week’s essay, and, through his example, he challenged us to “rebuild a shattered world”.

Rabbi Dr. Warren Goldstein has served as South Africa’s Chief Rabbi since 2005. He has a PhD in human rights and constitutional law.

Delving deeper into the thoughts shared by Rabbi Sacks on Noach, Chief Rabbi Goldstein shares his own reflections on the main piece of the week.

When raising a family, how can we embody this idea of taking the initiative and acting boldly and decisively in a world of uncertainty?

The future is uncertain – unknown and unknowable. But we must “go on ahead”, venturing forward regardless. And we must realise that the Jewish future is created in the Jewish home.

It takes courage to build a Jewish family, and especially to be a Jewish parent; to bring children into an uncertain world, and have the confidence and conviction to raise them with Jewish values in a diverse society at odds with, and often hostile to, those values.

If we are bold, every Jewish home can be a spiritual sanctuary, a place of holiness and light, a wellspring of kindness and compassion, faith and connection. These are values we transmit to our children sitting around the Shabbos table, learning Torah, living our Judaism. This is our Jewish future. And in an uncertain world, now is the time, in Rabbi Sacks’ words, to “go on ahead” and create it – in our homes.

The family unit is the foundation of humanity. We see from this week’s parsha that it was Noach and his wife, and their family, who formed the kernel of the new world that was built after the destruction caused by the Flood. Similarly, the foundations of the Jewish people are the families of our founding fathers and mothers. Jewish history and destiny are intertwined with the fate of these families. The very structure of the Jewish people – the delineation of the twelve tribes – is derived from the family of Jacob and his sons. It is for this reason that we are called the “House of Israel.” And the story of the Jewish people is written in our homes.

Q: Who was the first person in the Torah to name his son after his father (hint: look in this week’s parsha)?

The answer is Avraham’s father, Terach.

Terach had three sons. Avraham, Nachor and Haran (see Bereishit 11:24-26) and Nachor was named after his grandfather Nachor.

Although nowadays this is a common custom, it is rare to find anyone in the Torah naming their children after close relatives who have passed away.

Perhaps there is something we can learn about Terach’s family values from the fact that he was the first person to link his generations in this way. For more on Terach, look out for next week’s instalment on parshat Lech Lecha…