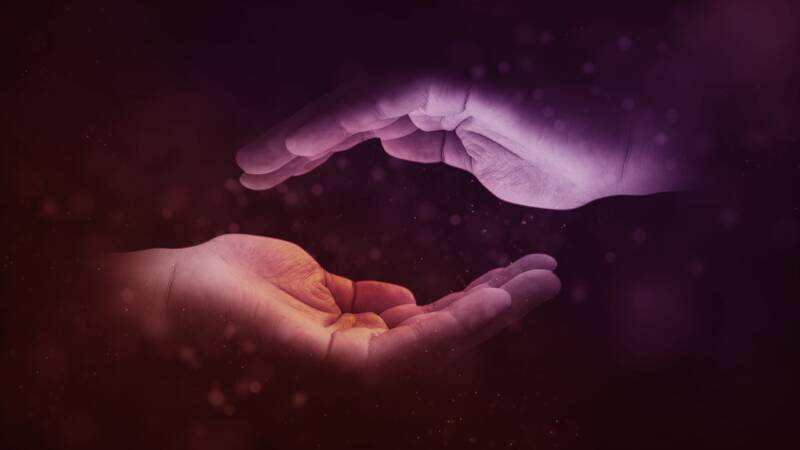 The parsha of Pekudei brings us to the end of the book of Exodus. Moshe orders all the donations given for the making of the Tabernacle to be counted, and a record is made of how each of the materials are used. The priestly garments are made. Moshe finally sets up the Tabernacle, and it becomes filled with the glory of the Lord.

This week’s parsha could almost be mistaken for a mathematics lesson in school. It begins with calculations of all the money and materials that were donated by the people to make the Sanctuary. But if you look past all the sums and numbers there is a deep message here that follows on from two extraordinary stories. One is told in last week’s parsha, the other the week before. Together, these teach us something deep about Jewish nature that is still true today.

The first incident is when God told Moshe to ask the people to contribute materials to the building of the Sanctuary. They brought gold, silver and copper. They also brought wool, linen, animal skins, acacia wood, oil, spices and incense. Some even gave precious stones for the High Priest’s breastplate. What was remarkable was how willing the people were to give. In fact, they brought so much that Moshe had to tell them to stop!

We often see the Israelites argue and complain, but here we see a people with a deep wish to give.

One parsha earlier, we read a very different story. Moshe had been up the mountain for a long time and the people had become worried. Was he still alive? If not, how would they receive the Divine word telling them what to do and where to go? So they asked Aharon to make them a golden calf, to be an “oracle”, an object through which God could speak to them.

Aharon, according to many commentators, realised that he could not stop the people by simply refusing so he tried to slow them down instead. He asked them to bring him their precious jewellery. According to the Midrash, he thought this would create arguments within families and the project would be delayed.

Instead, immediately thereafter, without a pause, we read: “So all the people took off their earrings and brought them to Aharon.” (Exodus 32:3). Here again is the same generosity we saw with the Tabernacle.

These two projects could not be less alike. One, the Tabernacle, was holy. The other, the making of the Golden Calf, was close to creating an idol. Building the Tabernacle was a supreme mitzvah; making the calf was a terrible sin. Yet the people’s response was the same in both cases.

The common factor was the people’s characteristic of generosity. Jews may not always make the right choices in what they give to, but they give.

1. Why do you think the people were so generous when they contributed to the Tabernacle?

2. What is the positive message taken from the story of the Golden calf?

3. Why do you think giving comes so naturally to Jews?

On 24th February 2017, at 2 o’clock in the morning, arsonists broke into a mosque in Tampa, Florida, and torched the building. Police  soon concluded that this was a hate crime, shocking the local community. Later that day Adeel Karim, a worshipper at the mosque, set up a crowdfunding page called Stand With New Tampa Muslims Against Hate, in order to raise funds to rebuild the mosque. The community rallied, and within less than a week the campaign had reached $60,000, surpassing his original goal of $40,000.

But Adeel noticed something strange about many of the donations they had received. “I couldn’t understand why people were donating in what seemed like weird amounts to the cause.” He wrote on Facebook later that week. “There are sums of $18, $36, $72 etc. Then I figured out after clicking on the names Avi, Cohen, Goldstein, Rubin…. Jews donate in multiples of 18 as a form of what is called “Chai”. It wishes the recipient a long life.”

“The Jewish faith has shown up in force to support our New Tampa Islamic community. I’m floored,” the post continued. It concluded with the hashtag #chaidelivered.

1. What is the symbolism behind giving charity in multiples of 18?

2. Why do you think so many Jews gave to this cause?

In the twelfth century, Moshe Maimonides twice interrupts his customary calm legal prose in his law code, the Mishneh Torah, to make the same point. Speaking about tzedakah, charity, he says:

“We have never seen or heard about a Jewish community which does not have a charity fund.”

The idea that a Jewish community could exist without a network of charitable provisions was almost inconceivable. Later in the same book, Maimonides says:

“We are obligated to be more scrupulous in fulfilling the commandment of tzedakah than any other positive commandment because tzedakah is the sign of the righteous person, a descendant of Abraham our father, as it is said, “For I know him, that he will command his children . . . to do tzedakah” . . . If someone is cruel and does not show mercy, there are sufficient grounds to suspect his lineage . . . Whoever refuses to give charity is called Belial, the same term which is applied to idol worshippers.” [Laws of Gifts to the poor, 10:1-3]

Maimonides is here saying more than simply ‘Jews give charity’. He is saying that the characteristic of being charitable is written into Jewish genes, part of our inherited DNA. It is one of the signs of being a child of Abraham, so much so that if someone does not give charity there are “grounds to suspect his lineage.” Whether this is nature or nurture or both, to be Jewish is to give.

So it was in the time of Moshe. So it is today. In virtually every country in which Jews live, their charitable giving is out of all proportion to their numbers. In Judaism, to live is to give.

Tzedakah means both justice and charity, because we believe that they go hand in hand. Justice is impersonal, charity is personal. We call God ‘Avinu Malkeinu’, “Our Father, our King”. A king dispenses justice, a parent gives a child a gift out of love. That is the meaning of tzedakah, an act that combines both justice and love. Giving to others is one of the most beautiful things we can do, and one of the most creative. We create possibilities for other people. We soften some of the rough edges of the world. We help alleviate poverty and pain. We give God the sacrifice He most desires of us: that we honour His image in other people.

Nothing more marks Judaism as a religion of love than its emphasis on tzedakah. We do not accept poverty, hunger,

homelessness or disease as God’s will. To the contrary,

God’s will is that we heal these fractures in His world. As God feeds the hungry, so must we. As God heals the sick, so must we. We become good by doing good. We walk in God’s ways by acting out of love.

1.  What is the difference between the meaning of the words “charity” and the word “tzedakah”? What does this tell us about the Jewish concept of tzedakah?

2. Who is the focus of the mitzvah of tzedakah, the giver or the receiver? Or is there another consideration?