The Crown All Can Wear
Family Edition 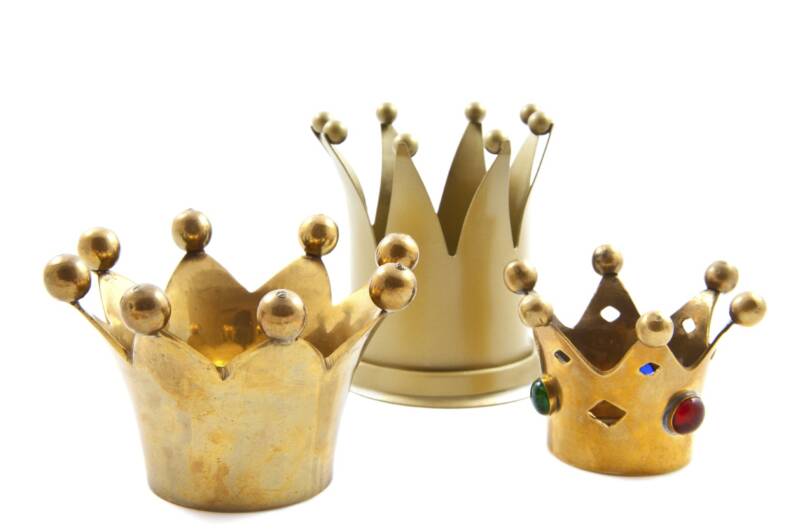 The Crown All Can Wear

Parshat Pinchas completes the episode which began in Parshat Balak: Pinchas had ended the plague that was devastating the Israelites who had been led into idolatry by the Moabite and Midianite women. Pinchas’ reward for his zealotry was a “covenant of peace” (Bamidbar 25:12) and “lasting Priesthood” (25:13).

The parsha then moves on to the second census in the book, this time accounting for the new generation that would enter the land. We next read two stories, one about the daughters of Tzelophechad, and the second about Moshe’s request that God appoint a successor. The parsha ends with two chapters about the sacrifices to be brought at different times, daily, weekly, monthly, and on festivals.

A man named Tzelophechad had died. His five daughters went to Moshe with a question. It had been decided that sons would inherit their portion of the land of Israel from their fathers, but since this man had left no sons, the daughters asked if they might instead inherit from their father. Moshe asked God and the request was granted. Then Moshe asked a question of his own:

“Moshe said to the Lord, “May the Lord, God of the spirits of all flesh, appoint a man over this community …so the Lord’s people will not be like sheep without a shepherd.”

Moshe had recently lost his siblings Miriam and Aharon, and he knew that he, too, would not live long enough to lead the Children of Israel into the Land of Israel. God had also just informed Moshe he was at his last resting place. His thoughts were therefore firmly on his own mortality, and how he would not live to cross the Jordan and bring the people into the land, which would have been the fulfillment of his life’s work.

Now he asked God who take over the leadership role. Paying careful attention to context, and listening to the immediately previous passage about the daughters of Tzelophechad, the Sages found a clue to why Moshe chose this moment to ask God this question, and what he may have been hoping the answer would be.

Moshe reasoned: The time is right for me to make my own request. If daughters inherit, it is surely right that my sons should inherit my glory.

The Holy One, Blessed Be He, said to him, “He who keeps the fig tree shall eat its fruit” (Mishlei 27:18). Your sons sat idly by and did not study the Torah. Yehoshua served you faithfully and showed you great honour. It was he who rose early in the morning and remained late at night at your House of Assembly. He used to arrange the benches and spread the mats. Seeing that he has served you with all his might, he is worthy to serve Israel, for he shall not lose his reward.”

This was another great disappointment for Moshe. Not only was he not going to enter the land, but he was also destined to see his sons overlooked in the search for a successor.

But it is precisely here that we find, for the first time, one of Judaism’s most powerful ideas. Yehoshua earned the right to inherit the role of leader and teacher. This is a profoundly egalitarian concept (democratic and classless), teaching us an important message about Jewish leaders: we are a nation of individuals standing with equal dignity in the presence of God. And yes, there is an inheritance relationship between Torah and the Jew, but the former has to be loved if it is to be earned.

You have to love Torah if you are to inherit it.

1. Why do you think Moshe would want to know that his son would become the next leader of the Jewish people?

2. How does the fact that Yehoshua merited to take over from Moshe prove that Judaism’s concept of a nation is an egalitarian one?

3. Can you think of anything else in Jewish thought or Jewish law that also suggests Judaism believes that all Jews are equally holy and valued in the eyes of God?

Yehoshua Ben Gamla was a High Priest in Israel, in the last years of the Second Temple. It is written in Talmud Bavli, Bava Batra 21a…

May the name of that man, Yehoshua ben Gamla, be blessed and remembered, because, were it not for him, the Torah would have been forgotten and lost from the Jewish People.

For at first, if a child had a father, the father taught the child, and if they had no father, they did not learn at all….

They then made an ordinance that teachers of children should be appointed in Jerusalem….

Even so, however, if a child had no parent, there would be no-one who would take them to learn in Jerusalem

They therefore ordained that teachers should be appointed in each region, and that children should enter school at the age of sixteen or seventeen.

However, these children were nearly grown, and it happened that if  the teacher punished them, they would rebel and leave the school.

Eventually Yehoshua ben Gamla came and ordained that teachers of young children should be appointed in each district and each town, and that children should enter the school at the age of six or seven.

1. Why does the Talmud claim that without these measures introduced by Yehoshua ben Gamla, the Torah would have been forgotten?

2. How is this connected to the idea of an egalitarian approach to the people discussed in The Core Idea?

The egalitarian tradition in Judaism is summed up in this famous Maimonidean ruling:

This had immense social and political consequences. Throughout most of the biblical era, all three crowns were in operation. In addition to Prophets, Israel had kings and an active Priesthood serving in the Temple. The dynastic principle – leadership passing from father to son – still dominated two of the three roles. But with the destruction of the Second Temple, Kingship and a functioning Priesthood ceased. Leadership passed to the Sages who saw themselves as heirs to the Prophets.

In biblical Israel, though, it was the Priests and not the Prophets who were the primary guardians and teachers of Torah. It would therefore, on the face of it, have been a natural step from Priest to Rabbi, but the Sages instead defined themselves as successors to the Prophets. Why did the Sages not see themselves as heirs to Aharon and the Priesthood? There are many reasons, but one is surely this: the Priesthood was a dynasty. It was not open to everyone. It was restricted by birth. Prophetic leadership, by contrast, could never be predicted in advance. The proof was Yehoshua ben Nun, whose actions allowed him to become the next prophet after Moshe. It meant that anyone, by discipleship and dedication, could aspire to Rabbinic leadership and the crown of Torah.

The simplest resolution of the contradiction is that there are two kinds of inheritance. Biblical Hebrew contains two different words for what we receive as a legacy: yerusha/morasha and nachala. Nachala, is related to the word nachal, “a river.” It signifies something passed down automatically through the generations, as river water naturally flows downstream. Yerusha comes from the root yarash, meaning “to take possession.” It refers to something to which you have legitimate title, but which you need positive action to acquire.

A hereditary title, such as being a duke or an earl, is passed from parent to child. So too is a family business. The difference is that the first needs no effort on the part of the heir, but the second requires hard work if the business is to continue to be worth something. Torah is like a business, not a title. It must be earned if it is to be sustained.

Moshe’s personal tragedy was Israel’s consolation. The Torah could be inherited by all the people he led, and all of their descendants. In Nedarim 81a, the Sages put it this way: “Why is it not usual for scholars to give birth to children who are scholars?…So that it should not be said that the Torah is their inheritance.”

The fact that his successor was not a child of Moshe, but rather Yehoshua, his disciple, meant that one form of leadership – historically and spiritually the most important of the three crowns – could be an aspiration for everyone. Dignity is not a privilege of birth. Honour is not confined to those with the right parents. In the world defined and created by Torah, everyone is a potential leader. We can all earn the right to wear the crown.

Ezra and Nechemiah [instituted a public reading of the Torah. This is where our tradition of reading the weekly parsha each Shabbat comes from.

This set in motion a profound change in Jewish life, one whose early details are hard to come by because of the shortage of literary materials from Jewish sources between the fourth and second centuries BCE. But we can take up the story with Shimon ben Shetach in the first century BCE. Until then, education had largely taken place within the family. Shimon ben Shetach established the first national educational system in Israel, creating schools throughout the country for sixteen- and seventeen-year-olds… This was the first system of its kind in the world. The Talmud also contains the world’s first regulations about teacher provision and class size.

As H.G. Wells noted in his Outline of History, “The Jewish religion, because it was a literature-sustained religion, led to the first efforts to provide elementary education for all children in the community.” By contrast, universal compulsory education did not exist in England until 1870. There was nothing remotely similar in the ancient world. Even the great academies of ancient Greece were confined to an elite. Rabbinic Judaism set itself to achieve a society of universal literacy. Paul Johnson calls it an “ancient and highly efficient social machine for the production of intellectuals.”

1. What is the link between Ezra and Nechemiah and Shimon Ben Shetach, and how does it connect to Judaism’s egalitarian tradition explored in this week’s Covenant & Conversation?

2. Why is education a basic human right?