Between Hope and Humanity
Family Edition 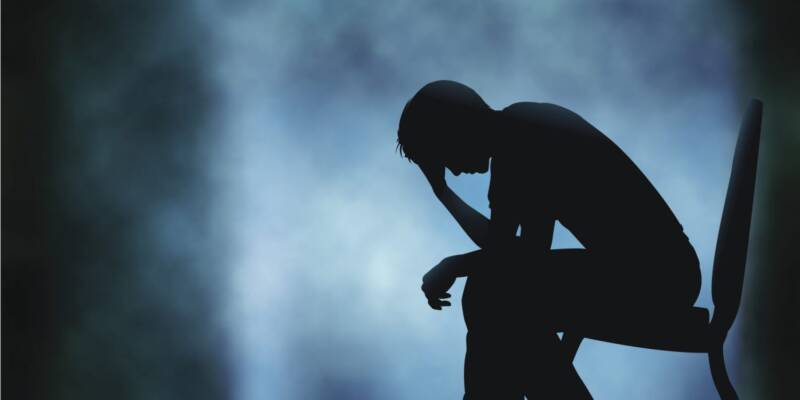 In the 25th chapter of Exodus we read of the command to build the Sanctuary. Shemini represents the conclusion of that story with the celebration of the first services in the Tabernacle. But what would have been a joyous occasion turns into tragedy when two of Aharon’s sons die because they brought a “strange fire” as a sacrifice to God. The parsha then continues with a description of the dietary laws (kashrut), specifically describing which animals, fish, and birds may be eaten.

It should have been a day of happiness and celebration. The Tabernacle, the Children of Israel’s first house of worship, was finished. For seven days, Moshe had performed the ceremony that declared the Tabernacle open for business. Now, the eighth day had finally arrived on the first of Nissan. The Priests, led by Aharon, were ready to begin their service.

It was just then that tragedy occurred. Two of Aharon’s sons, Nadav and Avihu, brought a “strange fire, which [God] had not commanded them.” Fire then “came from God” and they died. We then follow two conversations between Moshe and Aharon. The first:

Moshe then said to Aharon, “This is what the Lord spoke of when He said, ‘Among those who are near to Me, I will show Myself holy; in the sight of all the people I will be honoured.’” Aharon remained silent. (Vayikra 10:3)

Moshe then commanded their bodies to be removed, and Aharon and his remaining sons not to perform the usual customs of mourning. He also gave them more instructions to prevent such tragedies from happening again in the future, and then checked whether the sacrifices of the day had been performed. He discovered that Aharon and his sons had burned the sin offering, instead of eating it. This led to the second conversation:

[Moshe] was angry with Eleazar and Itamar, Aharon’s remaining sons, and asked, “Why didn’t you eat the sin offering in the Sanctuary area? It is most holy and was given to you to gain forgiveness for the community before God. Since its blood was not taken into the Holy Place, you should have eaten the goat in the Sanctuary area, as I commanded.”

Aharon replied to Moshe, “Today they sacrificed their sin offering and their burnt offering before the Lord, but now that this has happened to me today, would God have been pleased if I had eaten the sin offering?” When Moshe heard this, he approved. (Vayikra 10:16–20)

The psychology behind these two conversations is fascinating. Moshe tries to comfort his brother, who has lost two of his sons. He tells him that God has said, “Among those who are near to Me, I will show Myself holy.” According to Rashi, this means, “Now I see that they [Nadav and Avihu] were greater than you and me.” The holier the person, the more God demands of them.

It is as if Moshe said to Aharon: “My brother, do not give up now. We have come so far. We have climbed so high. I know your heart is broken. We thought that our troubles were behind us, that after all we suffered in Egypt, and at the Red Sea, and in the battle against Amalek, and in the sin of the Golden Calf, we were finally safe and free. And now this has happened. But Aharon, don’t give up, don’t lose faith, don’t despair. Your children died not because they were evil but because they were holy. Their act was wrong but their intentions were good. They just tried too hard.” But despite Moshe’ words of consolation, “Aharon remained silent,” because his pain was too great at that moment.

In the second conversation, Moshe is concerned with something else – the community, whose sins should have been forgiven through the sin offering. It is as if he had said to Aharon: “My brother, I know you are in pain. But you are not just a private person. You are also the High Priest. The people need you to perform your duties, whatever you feel inside.” But Aharon replies: “Would God have been pleased if I had eaten the sin offering today?” Perhaps Aharon is saying: “I know that in general, a High Priest is forbidden to mourn as if he were an ordinary person. That is the law, and I accept it. But had I acted today as if nothing had happened, as if my sons had not died, would this not seem to the people as if I were heartless, as if human life and death meant nothing, as if service of God meant denying my humanity?” This time, Moshe is silent. Aharon is right, and Moshe knows it.

1. Were the words of Moshe to Aharon (regarding the death of his sons) inappropriate? If not, then was Aharon wrong to refuse to be consoled by them?

2. Is it fair to expect Aharon to ignore his pain and continue to perform his role as a spiritual leader for the people?

3. What can we learn from the two conversations together?

Rabbi Yekutiel Halberstam, the Klausenberger Rebbe, lived through the Warsaw Ghetto, the work camps, the death march to Dachau, and then Auschwitz itself. He survived, but his wife and eleven children did not. In Auschwitz, he vowed that if he survived he would dedicate himself to life. He resolved to build a hospital that would honour the image of God in every human being. It took him fifteen years to raise the money, but eventually he built the Laniado Hospital in Netanya, Israel, dedicated to treating everyone alike, Jew and Arab, Israeli and Palestinian. This is what he taught his followers after the Holocaust:

The biggest miracle of all is the one that we, the survivors of the Holocaust, after all that we witnessed and lived through, still believe and have faith in the Almighty God, may His name be blessed. This, my friends, is the miracle of miracles, the greatest miracle ever to have taken place.

1. Why do you think the Klausenberger Rebbe chose a hospital to be his legacy?

2. Would you describe faith after the Holocaust as a miracle?

In the two exchanges between two brothers we saw in The Core Idea above, a momentous courage is born: the courage of an Aharon who has the strength to grieve and not accept any easy consolation, and the courage of a Moshe who has the strength to keep going in spite of grief. It is almost as if we are present at the birth of an emotional configuration that will characterise the Jewish people in centuries to come. Jews are a people who have had more than their share of suffering. Like Aharon, they did not lose their humanity. They did not allow their sense of grief to be dulled, deadened, desensitised. But neither did they lose their capacity to continue, to carry on, to hope. Like Moshe, they never lost faith in God. But like Aharon, they never allowed that faith to anaesthetise their feelings, their human vulnerability. That, it seems to me, is what happened to the Jewish people after the Holocaust. There were, and are, no words to silence the grief or end the tears. We may say – as Moshe said to Aharon – that the victims were innocent, holy, that they died al kiddush Hashem, “in sanctification of God’s name.” Surely that is true. Yet nonetheless, “Aharon remained silent.” When all the explanations and consolations have been given, grief remains, refusing to be pacified. We would not be human were it otherwise. That, surely, is also the message of the book of Job. Job’s comforters were pious in their intentions, but God preferred Job’s grief to their justification of tragedy. Yet, like Moshe, the Jewish people found the strength to continue, to reaffirm hope in the face of despair, life in the presence of death. A mere three years after coming eye to eye with the Angel of Death, the Jewish people, by establishing the State of Israel, made the single most powerful affirmation in two thousand years that Am Yisrael Chai, the Jewish People lives. Moshe and Aharon were like the two hemispheres of the Jewish brain: human emotion on the one hand, faith in God, the covenant, and the future on the other. Without the second, we would have lost our hope. Without the first, we would have lost our humanity. It is not easy to keep that balance, that tension. Yet it is essential. Faith does not render us invulnerable to tragedy but it gives us the strength to mourn and then, despite everything, to carry on.

The survivors I came to know in the past twenty years were astonishing in their tenacious hold on life. Perhaps it’s how they survived. Some believed in God, others didn’t, but they all believed in life – not life as most of us understand it, something taken for granted, part of the background, a fact that rarely holds our attention, but life as something to fight for, as a consciously articulated value, as something of whose fragility you are constantly aware. They had, in Paul Tillich’s phrase, the courage to be. Slowly I began to think about a phrase, not one that exists in the traditional literature, but one that was articulated in fateful circumstances and constituted a kind of turning point in modern Jewish history: Kiddush hachayim, the sanctification of life.

I had expected that trauma would turn the survivors inward, making them suspicious of, even hostile to, the wider world. It didn’t, at least not those I knew, and by the time I came to know them. Many of them had undertaken, fifty or more years after the event, to visit schools, talking to children, especially non-Jewish children. What amazed me as I listened to them telling their stories was what they wanted to say. Cherish freedom. Understand what a gift it is to be able to walk in the open, to see a flower, open a window, breathe free air. Love others. Never hate. Practice tolerance. Stand up for others if they are being picked on, bullied, ostracized. Live each day as if it might be your last. They taught the children to have faith in life. The children loved these elderly strangers from another world. I read some of their letters to them; they made me cry. Their courage kept me going through tough times. I count myself blessed to have known them.

1. How does this quote sum up the message contained in this week’s Covenant & Conversation?

2. How can we continue the faith and courage of the survivors?