The Courage of Persistence
Family Edition 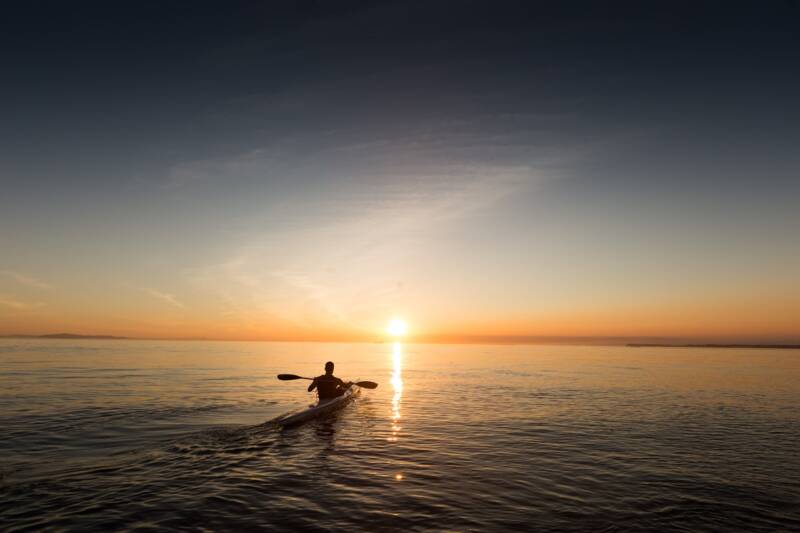 The Courage of Persistence

Toldot tells the story of Yitzchak and Rebecca’s twin sons, Yaakov and Esau, who struggle in Rebecca’s womb and seem destined to clash throughout their lives and those of their descendants. It contains two great passages: the birth and childhood of the boys, and the scene in which Yaakov, as suggested by Rebecca, dresses in Esau’s clothes and takes his blessing from their father Yitzchak, who is now blind.

In between these two stories is a narrative about Yitzchak and Rebecca going to Gerar because of famine, very similar to the story told about Avraham and Sarah in chapter 20 of Genesis (Parshat Vayera).

In Genesis 21 we read about an argument that arose over a well that Avraham had dug: “Then Avraham complained to Avimelekh about a well of water that Avimelekh’s servants had seized” (21:25). The two men make a treaty. Unfortunately, this was not sufficient to prevent further difficulties for his son. Yitzchak becomes rich from God’s blessings, causing envy among the Philistines. They fill the wells that Yitzchak’s father Avraham had dug, and then Avimelekh commands Yitzchak to “Move away from us; you have become too powerful for us” (26:16). Yitzchak leaves the city and camps in the Valley of Gerar, and reopens the wells that his father had dug, and renames them the same names. Two of these wells once again cause tension with the local people there in the valley who claim the water for themselves. But the third well causes no arguing, so he names it Rechovot and says “Now the Lord has given us room (from the same root as Rechovot) and we will flourish in the land.” (Gen. 26:22)

Yitzchak’s response in this story is inspiring. Defeated once, he tries again. He digs another well; this too produces opposition. So, he moves on again, and eventually creates peace. How fitting it is that the town in Israel that today carries the name of this third well, Rechovot, is a large bustling modern city. Israel Belkind, one of the founders of the settlement in 1890, called it Rechovot precisely because of the verse in our parsha: “He named it Rechovot, saying, Now the Lord has given us room and we will flourish in the land.”

Yitzchak is the least original of the three patriarchs. His life lacks the drama of Avraham or the struggles of Yaakov. We see in this passage that Yitzchak himself did not strive to be innovative, digging the same wells and naming them with the same names as his father. Often, we try to make ourselves distinctive from our parents. We do things differently, or even if we don’t, we give them different names. Yitzchak was not like this. He was content to be a link in the chain of generations, faithful to what his father had started.

Yitzchak represents the faith of persistence, the courage of continuity. He was the first Jewish child, and he represents the single greatest challenge of being a Jewish child: to continue the journey our ancestors began, rather than drifting from it. And Yitzchak, because of that faith, was able to achieve the most elusive of goals, namely peace – because he never gave up. When one effort failed, he began again. So, it is with all great achievements: one part originality, nine parts persistence.

2. Is it important for you to carry on the legacy of your parents (and ancestors) who went before you?

3. Is it more heroic and courageous to blaze your own path or to continue in the path of your parents/ancestors who went before you?

“It once happened that Choni the Circle Drawer was walking along the way and he saw an old man planting a young fruit tree. Choni asked the man how long it would take until the tree would produce fruit.  Seventy years,’ the old man answered him. ‘Do you really think you will be alive for another seventy years so you can enjoy the fruit from this tree?’ Choni asked the man with wonder. The man replied, ‘Just as I was born into a world with fully grown fruit trees that were planted by my ancestors, so I plant a tree for my children.’” (Ta’anit 23a)

1. Who is the man planting the tree focused on, his ancestors before him or his descendants that will come after him? Or both?

2. What connection can you see between this story and The Core Idea above?

As well as the idea contained in the Core Idea above, there are two further aspects of this passage in the parsha worthy of careful attention. The first is the hint it gives us of what will later be the turning point of the fate of the Israelites in Egypt. Avimelekh says, “you have become too powerful for us.” Centuries later, Pharaoh says, at the beginning of the book of Exodus, “Behold, the people of the children of Israel are greater in number and power than we are. Come on, let us deal wisely with them… and get them out of the land” (Exodus 1:9-10). The same word, atzum, “power/powerful,” appears in both cases. Our passage signals the birth of one of the deadliest of human phenomena, antisemitism.

Antisemitism is in some respects unique. It is, in Robert Wistrich’s phrase, the world’s longest hatred. No other prejudice has lasted so long, mutated so persistently, attracted such demonic myths, or had such devastating effects. But in other respects it is not unique, and we must try to understand it as best we can.

All three conditions were present in the case of Yitzchak. He was conspicuous: he was not a Philistine, he was different from the local population as an outsider, a stranger, someone with a different faith. He was successful: his crops had succeeded a hundredfold, his flocks and herds were large, and the people envied him. And he was a minority: a single family in the midst of the local population. All the ingredients were present for the presence of hostility and hate.

There is a second aspect of our passage that has had reverberations through the centuries: the self-destructive nature of hate. The Philistines did not ask Yitzchak to share his water with them. They did not ask him to teach them how he (and his father) had discovered a source of water that they – residents of the place – had not. They did not even simply ask him to move on. They “stopped up” the wells, “filling them with earth.” This act harmed them more than it harmed Yitzchak. It robbed them of a resource that would have become theirs, once the famine had ended and Yitzchak had returned home. More than hate destroys the hated, it destroys the hater.

But Yitzchak refused to lose the faith of persistence (see The Core Idea above). I find it moving that Yitzchak, who underwent so many trials, from the binding when he was young, to the rivalry between his sons when he was old and blind, carries a name that means, “He will laugh.” Perhaps the name – given to him by God Himself before Yitzchak was born – means what the psalm means when it says, “Those who sow in tears will reap with joy” (Psalms 126:5). Faith means the courage to persist through all the setbacks, all the grief, never giving up, never accepting defeat. For at the end, despite the opposition, the envy and the hate, lie the broad spaces, Rechovot, and the laughter, Yitzchak: the serenity of the destination after the storms along the way.

So what is antisemitism? Let’s be clear – not liking people because they’re different isn’t antisemitism. It’s xenophobia. Criticising Israel isn’t antisemitism: it’s part of the democratic process, and Israel is a democracy. Antisemitism is something much more dangerous – it means persecuting Jews and denying them the right to exist collectively as Jews with the same rights as everyone else.

It’s a prejudice that like a virus, has survived over time by mutating. So in the Middle Ages, Jews were persecuted because of their religion. In the 19th and 20th centuries they were reviled because of their race. Today, Jews are attacked because of the existence of their nation state, Israel. Denying Israel’s right to exist is the new antisemitism.

And just as antisemitism has mutated, so has its legitimisation. Each time, as the persecution descended into barbarity, the persecutors reached for the highest form of justification available. In the Middle Ages, it was religion. In post-Enlightenment Europe it was science: the so-called scientific study of race. Today it is human rights. Whenever you hear human rights invoked to deny Israel’s right to exist, you are hearing the new antisemitism…

Antisemitism is about the inability of a group to make space for difference. And because we are all different, the hate that begins with Jews never ends with Jews… Antisemitism is the world’s most reliable early warning sign of a major threat to freedom, humanity and the dignity of difference. It matters to all of us. Which is why we must fight it together.

1. Is there still significant antisemitism in the world today or do you believe the days of antisemitism are over in our post-Holocaust world?

2. Can you envision a time when there will be no more antisemitism (or other prejudice and hatreds) in the world?