The Beauty of Holiness or the Holiness of Beauty
Family Edition 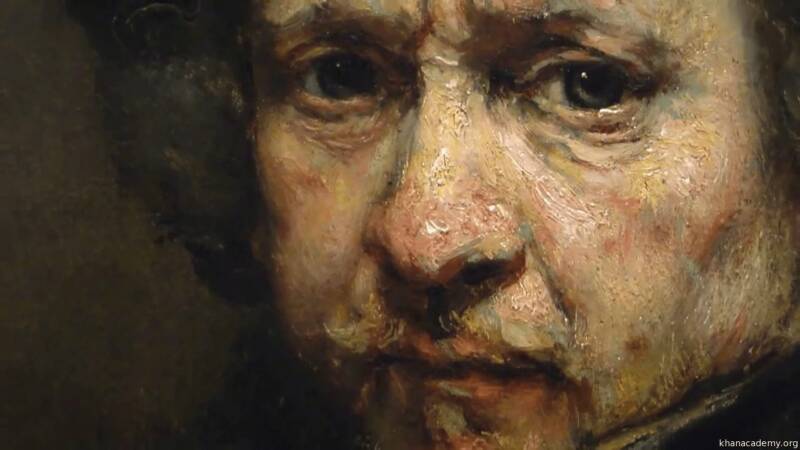 Immediately after Moshe returns from the top of Mount Sinai, having convinced God to forgive the people for the sin of the Golden Calf, he gathers everyone together and commands them, first about Shabbat, and then about the making of the Tabernacle. The parsha repeats much of what was said earlier in parshat Terumah, with the main difference being that there we read the instructions for building the Tabernacle, and here those instructions are followed and the Tabernacle is actually built. The people are generous in contributing to its construction, and Betzalel and Oholiab, the craftsmen, fashion the various parts of it.

Then Moshe said to the Israelites, “See, the Lord has chosen Betzalel, son of Uri, the son of Hur, of the tribe of Judah, and He has filled him with the spirit of God, with wisdom, understanding and knowledge in all kinds of crafts – to make artistic designs for work in gold, silver and bronze, to cut and set stones, to work in wood and to engage in all kinds of artistic craftsmanship.” (Exodus 35:30-33)

In both last week’s parsha, Ki Tissa and in this week’s parsha, Vayakhel, we meet Betzalel, the builder of the Tabernacle. He is a rare character-type in the Hebrew Bible – the artist, the craftsman, the maker of beauty in the service of God, the man who, together with Oholiab, created the Tabernacle and the objects used in it. Judaism – in sharp contrast to ancient Greece – was always a little uncomfortable with the visual arts. The reason is clear: We have a biblical ban against sculptured images because of idolatry. Historically, images, charms, icons and statues were linked in the ancient world with pagan religious practices. The idea that one could worship “the work of men’s hands” was the opposite message of biblical Judaism.

The key to understanding Betzalel and his artistic role lies in his name. It means “In the shadow of God.” Betzalel’s gift lay in his ability to communicate, through his work, that art is the shadow cast by God. Religious art is never “art for art’s sake.” Unlike secular art, it points to something beyond itself. The Tabernacle itself was a kind of microcosm of the universe, with a unique function: that in it you felt the presence of something beyond – what the Torah calls “the glory of God” which “filled the Tabernacle” (Exodus 40:35).

Art in Judaism always has a spiritual purpose: to make us aware of the universe as a work of art, testifying to the supreme Artist, God Himself.

1. Why is Judaism uncomfortable with visual art (especially sculptures)?

3. Have you ever been inspired by a piece of art, or found it connected you to God?

God, when you patterned a bird song, flung on a silver string, how did you know the ecstasy that crystal call would bring? How did you think of a bubbling throat and a darling speckled wing?

God, when you chiseled a raindrop, how did you think of a stem, bearing a lovely satin leaf to hold the tiny gem? How did you know a million drops would deck the morning’s hem?

God, when you thought of a pine tree, how did you think of a star?

1. Why do you think this poem is entitled ‘God the Artist’?

2. What similarities do you think art and nature have? Can you find God in both?

Judaism is a culture of the ear, not the eye. As a religion of the invisible God, it attaches sanctity to words heard, rather than objects seen. Hence there is a generally negative attitude within Judaism towards representational art.

Art is not forbidden as such; there is a difference between three-dimensional and two-dimensional representation. As Rabbi Meir of Rothenburg (c. 1215-1293) made clear, “[An illustrated book] does not infringe the biblical prohibition…[illustrations] are merely flat patches of colour lacking sufficient materiality [to constitute a graven image].” Indeed several ancient synagogues in Israel had quite elaborate mosaics. In general, however, art was less emphasised in Judaism than in Christian cultures in which the Hellenistic (ancient Greece) influence was strong.

It was Samson Raphael Hirsch who distinguished ancient Greece from ancient Israel in terms of the contrast between aesthetics (the philosophy of beauty) and ethics. In his comment on the verse “May God enlarge Japheth and let him dwell in the tents of Shem” (Genesis 9:27), he observes: “The stem of Japheth reached its fullest blossoming in the Greeks; that of Shem in the Hebrews… Japheth has ennobled the world aesthetically. Shem has enlightened it spiritually and morally.”

Yet as we see from the case of Betzalel, Judaism is not uninterested in aesthetics. The concept of hiddur mitzvah, “beautifying the commandment,” meant, for the Sages, that we should strive to fulfil the commands in the most visually pleasing way. The priestly garments were meant to be “for honour and adornment” (Exodus 28:2). The very terms applied to Betzalel – wisdom, understanding and knowledge – are applied by the book of Proverbs to God Himself as creator of the universe: “The law and the Lord founded the earth by wisdom; He established the heavens by understanding; By His knowledge the depths burst apart, And the skies distilled dew. (Proverbs: 3:19-20)

The strongest positive statement on art of which I am aware was made by Rabbi Abraham ha-Cohen Kook, the first Ashkenazi Chief Rabbi of (pre-State) Israel, describing his time in London during the First World War:

When I lived in London, I would visit the National Gallery, and the paintings that I loved the most were those of Rembrandt. In my opinion Rembrandt was a saint. When I first saw Rembrandt’s paintings, they reminded me of the rabbinic statement about the creation of light. When God created the light [on the first day], it was so strong and luminous that it was possible to see from one end of the world to the other. And God feared that the wicked would make use of it. What did He do? He secreted it for the righteous in the world to come. But from time to time there are great men whom God blesses with a vision of that hidden light. I believe that Rembrandt was one of them, and the light in his paintings is that light which God created on Genesis day.

Rembrandt is known to have had a special affection for Jews. He visited them in his home town of Amsterdam, and painted them, as well as many scenes from the Hebrew Bible. I suspect that what Rabbi Kook saw in his paintings, though, was Rembrandt’s ability to convey the beauty of ordinary people. He makes no attempt (most notably in his self-portraits) to beautify or idealise his subjects. The light that shines from them is, simply, their humanity.

Judaism also recognises a dual epistemology. There are two ways of knowing. One is called chochma, ‘wisdom’, the other is Torah, ‘teaching, instruction, law, guidance’. The difference was stated clearly by the Sages: “If you are told that there is wisdom among the nations, believe it. If you are told there is Torah among the nations, do not believe it” (Midrash Rabbah Eichah 17).

We can now state the difference between the two modes of knowledge. Chochma is the truth we discover; Torah is the truth we inherit. Chochma is the universal heritage of humankind; Torah is the specific heritage of Israel. Chochma is what we attain by being in the image of God; Torah is what guides Jews as the people of God. Chochma is acquired by seeing and reasoning; Torah is received by listening and responding. Chochma tells us what is; Torah tells us what ought to be. Chochma is about facts; Torah is about commands. Chochma yields descriptive, scientific laws; Torah yields prescriptive, behavioural laws. Chochma is about creation; Torah is about revelation… We can now state the following. Chochma has an honourable place within the Jewish worldview. It has religious dignity. It is the gift of God. It is available to everyone, because everyone is in the image of God.

We can also hazard the following definition: chochma is what allows us to understand the world as God’s work (science) and the human person as his image (the humanities).

1. Where does art fit into Judaism’s epistemology (theory of how we know things) according to Rabbi Sacks?

2. According to these ideas, what do science, art, and Torah all have in common?