On Not Predicting the Future
Family Edition 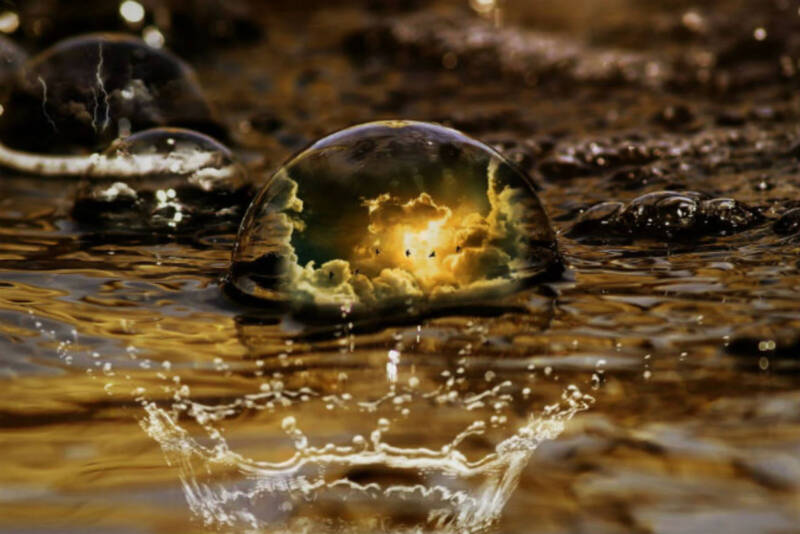 On not Predicting the Future

Yaacov was on his deathbed. He summoned his children. He wanted to bless them before he died. But the text begins with a strange verse:

Gather around so I can tell you what will happen to you in days to come.

Assemble and listen, sons of Yaacov; listen to your father Yisrael.

This seems to be saying the same thing twice, but with one difference. In the first sentence, there is a reference to “what will happen to you in the days to come” (literally, “at the end of days”). This is missing from the second sentence.

Rashi, following the Talmud, says that “Yaacov wished to reveal what would happen in the future, but the Divine Presence was removed from him.” He tried to foresee the future but found he could not.

This is no minor detail. It is a key feature of Jewish spirituality. We believe that we cannot predict the future when it comes to human beings. We make the future by our choices. The script has not yet been written. The future is radically open.

Why? Because we are free. We choose, we make mistakes, we learn, we change, we grow. A failure at school can become the winner of a Nobel Prize. The leader who lacks ability can suddenly show courage and wisdom in a crisis. The businessperson who strives to make millions could decide to devote their life to helping the poor. Some of the most successful people I ever met were written off by their teachers at school and told they would never amount to anything. We constantly defy predictions. This is something science has not yet explained, and perhaps never will.

Some believe freedom is an illusion. But it isn’t. It’s what makes us human. We are free because we are not merely objects. We are subjects. We respond not just to physical events but to the way we perceive those events. We have minds, not just brains. We have thoughts, not just sensations. We react but we can also choose not to react. There is something about us that is irreducible to material, physical causes, and effects.

Do not believe that the future is written. It isn’t. There is no fate we cannot change, no prediction we cannot defy. We are not predestined to fail; neither are we pre-ordained to succeed. We do not predict the future, because we make the future – by our choices, our willpower, our persistence, and our determination to survive.

That is why, when Yaacov wanted to tell his children what would happen to them in the future, the Divine Spirit was taken away from him. Children continue to surprise their parents. We were each made in the image of God, and we are each free. With God’s blessings, we can become greater than anyone, even ourselves, could foresee.

The Baton of Choice

In this week’s parsha Rabbi Sacks speaks about how knowing the future may threaten one’s free will because it leads us away from making our own decisions. Part of our challenge as human beings is to take agency and make the best of our reality, even if we don’t know for certain how it will turn out. This is what Rabbi Sacks calls faith – the ability to live with uncertainty but act anyway.

I remember that about eight years ago I was going through a personally challenging period, and yet I wanted to begin my doctorate. I had a conversation with Rabbi Sacks, asking him what he thought I should do so. I will never forget what he said.

He would not give me a definitive answer. He simply said, “You will grow from the process, but the choice must be yours alone. Whatever you decide, however, continue to always teach.”

Rabbi Sacks believed in handing the baton of choice to the individual. He would not, unlike others, tell you what to do – instead he would encourage you to listen to your inner voice and channel your individual strengths towards the good. Rabbi Sacks opened our eyes to the Divine gift we have each been given of human choice, and showed us that as much as we have faith in God – even more significantly – He has faith in us.

Dr Tanya White is a senior lecturer of Tanach and Jewish Thought at Matan Institute for Torah Studies, and other adult education institutions.

Dr White now shares her own reflections on Rabbi Sacks’ essay for Vayechi.

What is the most important message for the young people reading this week’s parsha to notice?

For me it is the notion of the unpredictably of human choice. In another place Rabbi Sacks argues that this is the basis of teshuvah – the idea that not only can we change the future by shifting our actions in the present, but that we can also change the past.

When we transform our actions in the present, we reframe the way we see the past. We tell a different story about the same events. Because we are free at any given moment, we are all ba’aeli teshuvah. Nothing about our situation, our humanity, our reality, is predictable. That is the key difference between humans and animals.

Today we think we can predict almost everything – even the way humans will act. The revolutionary idea we find in the Torah is that at any given moment we can change. And when we change ourselves, we change the world.

Do you have a favourite quote from Rabbi Sacks this week?

It’s not in the short summary, but my favourite quote can be found in the main essay:

“Ehyeh asher Ehyeh. This is often translated as “I am what I am,” but what it really means is, ‘I will be who and how I choose to be.’ I am the God of freedom.”

When I first read Rabbi Sacks’ interpretation of this verse it took my breath away. I understood that part of our desire as humans is to KNOW God – the same way we want to know about everything (and be certain we are right). Moshe wants to ‘know’ God, to ‘define’ God – so he asks, what is Your ‘name’? God’s response is to say: Don’t try to define Me because I can’t be defined or understood. But even more profoundly – neither can you!

Humans – like God – are not static or stagnant. Instead they are constantly evolving and changing – they ‘will be what they will be’. And in fact, that is what makes life so interesting and meaningful.

Question 1: Who was the first person in history to get sick?

Question 2: Who was the first person to take Bnai Yisrael out of Egypt?

These questions have been adapted from Torah IQ by David Woolf, a collection of 1500 Torah riddles, available worldwide on Amazon. For the answers, please head to the Education Companion section (directly below, in grey).

The Mishnah Brurah teaches that originally, people did not get sick. When it was time for them to die, even then they would not get sick. They would simply sneeze, the breath would leave their body, and they would die. However, Yaacov wanted enough time to give his children instructions for life without him, so he prayed to Hashem to give him warning that his death was approaching, and his request was granted. For the first time, a human grew older and weaker, and his children and grandchildren visited him on his deathbed. This is why when someone sneezes today, we say l’refuah (meaning ‘be well’). See Mishna Brurah, Orach Chaim 230:7.

Yosef was the first. He led his brothers (the Bnai Yisrael) from Mitzrayim to Chevron when it was time to bury their father Yaacov in the Cave of Machpelah (Bereishit 50:7-8).