How to Change the World
Family Edition 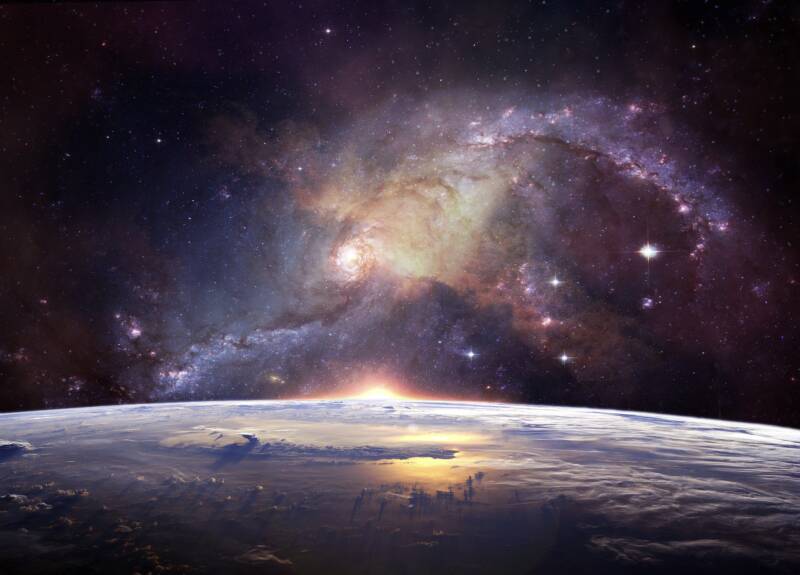 How to Change the World

We can make a difference, maybe even a huge difference. That should be our mindset, always.

This may not be the way the world seems to us most of the time. We each know that there is only one of us, and that there are more than seven billion other people in the world today. What difference can we make to a world so vast? We are no more than a wave in the ocean, a grain of sand on the seashore, a speck of dust on the surface of infinity. Is it even possible that with one act we could change the course of our own life, let alone that of humanity as a whole? Our parsha tells us that yes, it is!

As the story of Yaacov’s children unfolds, there is a fast rise of tension among the brothers that threatens to spill over into violence. Yosef, eleventh of the twelve, is Yaacov’s favourite son, and they all knew it, and resented it. They were jealous of their father’s love. They were provoked by Yosef’s dreams of greatness. The sight of the multi-coloured robe Yaacov had given their brother as a token of his love provoked them to anger.

Then came the moment of opportunity. The brothers were away far from home tending the flocks when Yosef appeared in the distance, sent by Yaacov to see how they were doing. Their envy and anger reached boiling point, and they resolved to take violent revenge.

Only one of the brothers disagreed: Reuven. He knew that what they were planning was very wrong, and he protested. At this point the Torah does something extraordinary. It makes a statement that cannot be literally true, and we, reading the story, know this. The text says, “And Reuven heard, and saved him [Yosef] from them” (Bereishit 37:21).

We know this cannot be true because of what happens next. Reuven, realising that he is only one against many, devises a plan. He says, ‘Let us not kill him. Let us throw him alive into one of the pits and let him die. That way, we will not be directly guilty of murder.’ His plan was to come back to the pit later, when the others were elsewhere, and rescue Yosef.

When the Torah says, “And Reuven heard, and saved him from them,” it is using the principle that “God accounts a good intention as a deed.” Reuven wanted to save Yosef, and intended to do so, but he failed. The moment passed, and by the time he returned to the pit, it was too late. Yosef was already gone, sold as a slave.

If only Reuven had known what we know. If only he had been able to read the next chapters of his story. But we never can read ahead in the book of the long-term consequences of our acts. So we never know how much we affect the lives of others.

A single life, says the Mishnah, is like a universe. Change a life, and you begin to change the universe. That is how we make a difference: one life at a time, one day at a time, one act at a time. We never know in advance what effect a single act may have. Sometimes we never know it at all. But we can make a difference to our world. When we do so, we become God’s partners in the work of redemption, bringing the world that is a little closer to the world that ought to be.

Teaching Us to Teach

In the spring of 2013, my husband and I were being considered for our first Rabbinic position. It was Rabbi Sacks who had inspired us onto this path, so while the community was considering us (and we were considering them) we turned to Rabbi Sacks for encouragement and fortitude for what lay ahead.

My husband had trained as a Rabbi, but I hadn’t trained as Rebbetzin and I wasn’t sure what I could bring to the community. Aware of the new adventure and new responsibilities, I felt ill-equipped to face the challenges ahead. Feeling nervous that I would have nothing to contribute, either as a Rebbetzin or in conversation with Rabbi Sacks, I decided I would read a ‘serious’ book, just to be prepared.

On the day of our meeting, as we sat around the wobbly table in Hamilton Terrace where the Chief Rabbi used to live, I was as nervous as I had imagined I would be. Rabbi Sacks asked what I was reading, and I had an answer I could be proud of. Rather than just acknowledging the book I had mentioned, Rabbi Sacks asked me what I had learnt from it, and what I would choose to teach from the book. In that moment, he allowed me to be a teacher and feel that if I could share knowledge with Rabbi Sacks, maybe I could do it in our new role as well. What might have been for Rabbi Sacks just a small act of interest in me, and in my ideas, opened up a world of opportunity and fulfilment.

Rabbi Sacks wasn’t just a teacher himself, he taught us all how to be teachers as well. His abiding legacy of kindness is that of not just inspiring us with his knowledge but also of encouraging each of us to inspire others.

Ilana Epstein is Chief of Staff at Jewish Futures, and the Rebbetzin at Western Marble Arch Synagogue.

What inspiration did you find when reading ‘How to Change the World’?

This week we see Rabbi Sacks focus on how even the smallest act of kindness can have massive, positive, life-changing consequences. Often, the person bestowing the kindness is completely unaware of how important their act is. In the famous line spoken to Peter Parker (AKA Spiderman), his Uncle Ben says: ‘With great power comes great responsibility.’

We have two Torah views on this statement, each very different. Sometimes we are taught that we are supremely powerful. The Mishnah tells us that “…the world entire was created just for me…” (Sanhedrin 4:5), and therefore, yes, we have tremendous power and responsibility. On the other hand, we are also reminded that Avraham declared that he is nothing ‘but dust and ashes.’ (Bereishit 18:27) Humility is important, and if we compare ourselves to the vast universe and our all-powerful God, we realise how inconsequential we are. If that is the case, how incredible that a tiny act of kindness from us to someone else can have such life-changing and long-lasting effects.

“The world was created for me” and yet “I am no more than dust.” How do these two statements coexist? They do so in responsibility, and in recognising the consequence of our actions. If we realise how small we are on the one hand, yet how powerful our acts are on the other, it allows us to balance both our smallness, for in truth we are just one amidst billions, and our greatness, in that everything we do can impact on the word entire. We will never truly know the reverberations of our actions, but they hold the potential for immense power; therefore we should make them good actions, filled with chessed.

What is your favourite quote from Rabbi Sacks’ essay this week, and why?

“We are not inconsequential. We can make a difference to our world. When we do so, we become God’s partners in the work of redemption, bringing the world that is a little closer to the world that ought to be.”

I love this quote, because it encapsulates the mission of each and every person in the world. We were brought into this world as an image of God who created us, a God of lovingkindness, and our task is to continue to infuse that lovingkindness into all our actions.

Q: There are ten dreams included in the Torah, and they all appear in Sefer Bereishit. How many can you name?