Does My Father Love Me?
Family Edition 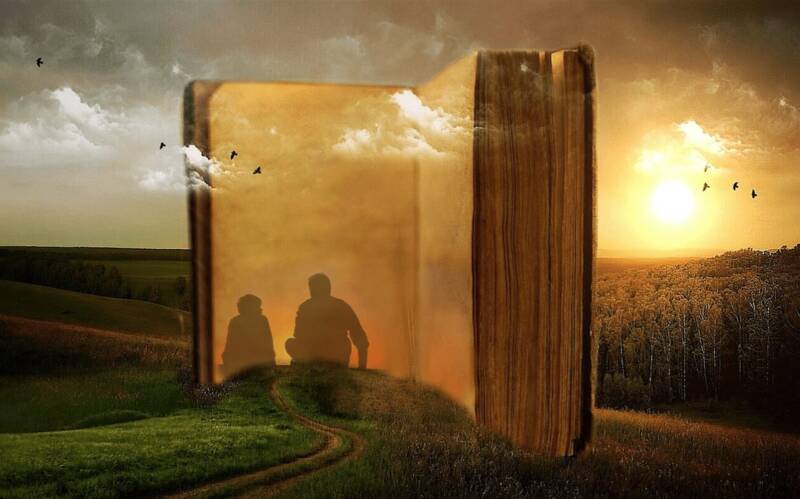 Vayigash begins with the scene that is the dramatic climax to the story that began in last week’s parsha, in which Yosef finally reveals himself to his brothers. Moved by Judah’s emotional and passionate appeal for Benjamin’s freedom, in return for which he declares himself ready to take Benjamin’s place as a slave, Yosef reveals his identity and the distance and separation of the brothers comes to an end. On Yosef’s instructions, they return to Yaakov with the news that his beloved son is still alive, and the family is reunited.

It is one of the great questions we naturally ask each time we read the story of Yosef. Why did he not, at some time during their twenty-two-year separation, send word to his father, Yaakov, that he was alive? For part of that time – when he was a slave in Potiphar’s house, and when he was in prison – it would have been impossible. But he certainly could have done so when he became the second most powerful person in Egypt, or when the brothers came before him on their first journey to buy food.

Yosef knew how much his father loved him. He must have known how much their separation grieved him. He did not know what Yaakov thought had happened to him, but this surely he knew, that it was his duty to communicate with him when the opportunity arose, to tell his father that he was alive and well. Why then did he not?

The story of Yosef’s descent into slavery and exile began when his father sent him, alone, to see how the brothers were faring. Immediately prior to this episode, the Torah tells us about the second of Yosef’s dreams: “the sun and moon and eleven stars were bowing down to me.” When he told his father as well as his brothers, his father rebuked him and said, “What is this dream you had? Will your mother and I and your brothers actually come and bow down to the ground before you?” (Bereishit 37: 9-11).

Immediately afterwards, we read of Yaakov sending Yosef, alone, to his brothers. It was there, at that meeting far from home, that they plotted to kill him, lowered him into a pit, and eventually sold him as a slave. Yosef had many years to reflect on that episode. That his brothers were hostile to him, he knew. But surely Yaakov knew this as well. In which case, why did he send Yosef to them? Did Yaakov not contemplate the possibility that they might do him harm? Did he not know the dangers of sibling rivalry? (In fact, he knew this better than anyone from his personal experience with Esav!) Did Yaakov not contemplate the possibility that by sending Yosef to them he was risking his life?

Yet Yaakov sent Yosef to his other sons knowing that they were jealous of him and hated him. What else could he conclude, as he reflected on the events that led up to his sale as a slave, that Yaakov had deliberately placed him in this danger? Why? Because of the immediately prior event, when Yosef had told his father that “the sun and moon” – his father and mother – would bow down to him. This angered Yaakov, and Yosef knew it. His father had “rebuked” him. What else could he conclude but that Yaakov had deliberately put his life at risk? Yosef did not communicate with his father because he believed his father no longer wanted to see him or hear from him.

1. Is it normal for a child to question how much their parents really love them?

2. Do you think Yaakov was wrong to send Yosef to check on his brothers?

3. From this story what can we learn about how important communication is in relationships?

The following is a short story based on “Somebody’s Son” by Richard Pindell.

As David sat on the side of the road in the Dakota plains, waiting for his next ride, he wrote:

“Dear Mom, if Dad will permit it, I would like to come home. I know there’s little chance he will. I’m not going to kid myself. I remember he said once, if I ever ran off, I might as well keep going. All I can say is that I felt like leaving home was something I had to do. I wanted to find out more about life and about me, and the best way for us (life and me) to live with each other. You won’t be able to reach me by mail, because I don’t know where I will be next. But in a few days, I hope to be passing our place. If there’s any chance Dad will have me back, please ask him to tie a white cloth to the apple tree in the south pasture. I’ll be going by on the train. If there’s no cloth on the tree, I’ll just quietly, and without any hard feelings toward Dad, keep going. Love, David”

David mailed the letter with a knot in his stomach. The coming days and weeks brought new acquaintances and adventures as David hitchhiked with cars, vans, trucks, and freight trains, all the time edging closer to his home in Maryland.

Finally, as he ascended the passenger train that would be the last leg of his journey homeward, the knot returned and firmly lodged itself in his core. He could hardly bring himself to imagine the apple tree in the pasture of his childhood home, for fear it would be bereft of the white cloth, even in his imagination.

As he sat down next to the window that would deliver his fate, an elderly gentleman sat in the seat beside him. As day turned to night, and once again back to day, the travel companions shared their stories. As David regaled his neighbor with stories of the West Coast, Canada, and even Mexico, he realized that in just a short while the train tracks would take a gentle bend to the right, and there would be the farm on which he grew up, with its south-facing pasture, and the old apple tree which he used to climb as a child. He couldn’t look. He was too afraid the cloth would not be there – too afraid he would find, staring back at him, just another tree, just another field – so he turned quickly away.

Desperately, he nudged his travel companion beside him. “Mister, will you do me a favor? Around this bend on the right, you’ll see an apple tree. I wonder if you’ll tell me if you see a white cloth tied to one of its branches.”

“Son,” the man said in a voice slow with wonder, “I see a white cloth tied on almost every twig.”

1. What is the message of this story, and how is it linked to the story of Yosef in our parsha?

2. Do you think parental love is unconditional?

Yosef did not communicate with his father because he believed his father no longer wanted to see him or hear from him. His father had terminated the relationship. That was a reasonable inference from the facts as Yosef knew them. He could not have known that Yaakov still loved him, that his brothers had deceived their father by showing him Yosef’s bloodstained cloak, and that his father mourned for him, “refusing to be comforted.” We know these facts because the Torah tells us. But Yosef, far away, in another land, serving as a slave, could not have known. This places the story in a completely new and tragic light.

Evidence for this theory is contained in the choice of name Yosef gave to his firstborn son Menasheh: “It is because God has made me forget all my trouble and all my father’s house” (Gen. 41: 51). Uppermost in Yosef’s mind was the desire to forget the past, not just his brothers’ conduct towards him but “all my father’s house.” Yosef believed that his father had deliberately put him at his brothers’ mercy because, angered by the second dream, he no longer wanted contact with the son he had once loved. That is why he never sent a message to Yaakov that he was still alive.

If this is so, it sheds new light on the great opening scene of Vayigash. What was it in Judah’s speech that made Yosef break down in tears and finally reveal his identity to his brothers? Judah says words that, for the first time, allow Yosef to understand what had actually occurred twenty-two years previously. Judah recounted what happened after the brothers returned from their first journey to buy food in Egypt when Yaakov refused to allow the brothers to return with Benjamin, saying: “You know that my wife bore me two sons. One of them went away from me, and I said, ‘He has surely been torn to pieces.’ And I have not seen him since. If you take this one from me too and harm comes to him, you will bring my gray head down to the grave in misery.” (Gen. 44: 27-31)

At that moment Yosef realised that his fear that his father had rejected him was unwarranted. On the contrary, he had been bereft when Yosef did not return. He believed that he had been “torn to pieces,” killed by a wild animal. His father still loved him, still grieved for him. This explains why after revealing himself to his brothers Yosef’s first thought is not about Judah or Benjamin, but about Yaakov. A doubt he had harboured for twenty-two years had turned out to be unfounded. Hence his first question: “Is my father still alive?” (Gen. 45:1-3)

For Sigmund Freud, the Oedipus complex – the tension between fathers and sons – is the single most powerful determinant of the psychology of the individual, and of religion as a whole. Freud, however, took as his key text a Greek myth, not the narratives of Genesis. Had he turned to Torah instead, he would have seen that this fraught relationship can have a non-tragic resolution. Abraham did love Isaac. Isaac did bless Yaakov a second time, this time knowing he was Yaakov. Yaakov did love Yosef. And transcending all these human loves is divine love, rescuing us from feelings of rejection, and redeeming the human condition from tragedy.

If there’s one element of Judaism I’d love to share with everyone it’s this: If you want to survive and thrive as a people, a culture, a civilisation, celebrate the family. Hold it sacred. Eat together. Tell the story of what most matters to you across the generations. Make children the most important people. Put them centre stage. Encourage them to ask questions, the more the better. That’s what Moses said thirty-three centuries ago and Judaism is still here to tell the tale having survived some of the most brutal persecutions in human history, yet as a religious faith were still young and full of energy. (Thought for the Day, BBC Radio 4, 30th March 2012)

1. Why do you think Rabbi Sacks claims that celebrating the family is the secret to Jewish continuity?

2. Can you think of any examples when Judaism makes “children the most important people”?