The Pursuit of Meaning
Family Edition 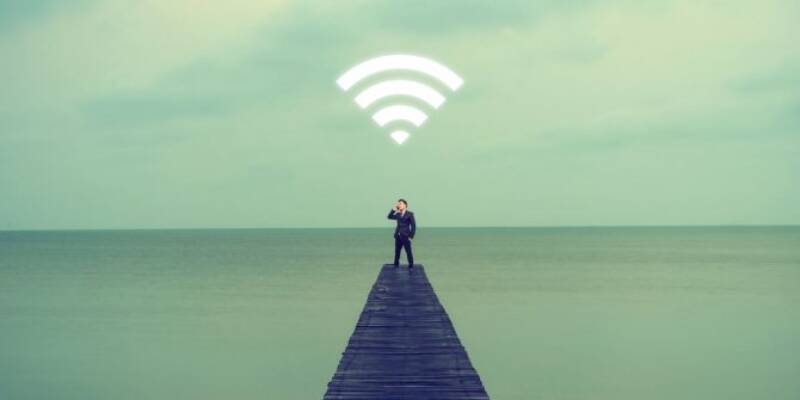 The Pursuit of Meaning

Vayikra, the third book of the Torah, is quite different from the others. It does not describe a journey. It takes place only at Mount Sinai and spans a short moment in time: a single month. There is almost no story being told. But, set at the centre of the Chumash, it is the key to understanding Israel’s calling and mission – to be “a kingdom of priests and a holy nation.” This is the first time in history a group of people have been given a collective mission, and this is the mission statement. The parsha of Vayikra, the first in the Book of Vayikra, describes the various kinds of sacrifice the Israelites brought to the Tabernacle. There were five: the burnt offering (ola), the grain offering (mincha), the peace offering (shelamim), the sin offering (chatat), and the guilt offering (asham).

The precise meaning of the opening verse of our parsha is difficult to understand. Literally translated it reads: “And He called (Vayikra) to Moses, and God spoke (vaydaber) to him from the Tent of Meeting, saying …” The first phrase seems to be unnecessary. If we are told that God spoke to Moses, why also say, “And He called”?

Rashi explains as follows: “Every [time God communicated with Moses, whether using the words] ‘And He spoke’, or ‘and He said’, or ‘and He commanded’, God called [to Moses by name] first. ‘Calling’ is an expression of love.”

Vayikra, Rashi is telling us, means to be called to a mission in love. This is the source of one of the key ideas of Western thought, the concept of a vocation or a calling, i.e. choosing a career or way of life not just because you want to do it, nor because it offers certain benefits, but because you feel summoned to it. You feel this is your meaning and mission in life. This is what you were placed on earth to do.

When we see a wrong to be righted, a sickness to be healed, a need to be met, and we feel it speaking to us, that is when we come as close as we can, in an age with no prophecy, to hearing Vayikra, God’s call.

1. Who or what is “calling” to you when you discover your vocation/calling in life?

The best teachers are not necessarily those with a gift for instruction. They are people who value their students, identify their potential, and get them to believe in themselves. Sometimes this has extraordinary results. Chava Lehman is an example of such an educator.

With encouragement from the late Lord and Lady Jakobovits, in 1976 Chava Lehman created a school for Jewish children with educational challenges called Kisharon, the only one of its kind in the United Kingdom. She begged and borrowed desks so that Kisharon could open its doors with just two rented rooms. Today Kisharon is a thriving family of institutions and programmes serving many hundreds of children and adults with varying degrees of learning disabilities.

The name Kisharon means ability, capacity, skill. This name was deliberately chosen to create a paradigm-shift in our understanding of children with special needs. Most people see what they lack. She wanted everyone associated with the school to see what they have and what, with the right training and love, they are capable of giving. Her educational philosophy flowed directly from her religious faith: she believed that all of us are created for a purpose, and if we lack some abilities, we still have others. The children blossomed under her care.

1. Where in this story can you see the message contained in the Core Idea?

2. In Thinking More Deeply below, the idea that “Each of us is unique… There are things only we can do… For each of us God has a task” can be found. How did Chava Lehman incorporate this idea into her work?

The American Declaration of Independence speaks of the inalienable rights of life, liberty and the pursuit of happiness. There have been hundreds of books written on happiness and how to achieve it. Yet there is something more fundamental still to the sense of a life well-lived, namely, meaning. The two seem similar. It’s easy to suppose that people who find meaning are happy, and people who are happy have found meaning. But the two are not the same, nor do they always overlap.

Happiness is largely a matter of satisfying needs and wants. Meaning, by contrast, is about a sense of purpose in life, especially by making positive contributions to the lives of others. Happiness is largely about how you feel in the present. Meaning is about how you judge your life as a whole: past, present and future. Happiness is associated with taking, meaning with giving. Individuals who suffer stress, worry or anxiety are not happy, but they may be living lives rich with meaning. Past misfortunes reduce present happiness, but people often connect such moments with the discovery of meaning. Happiness is not unique to humans. Animals also experience contentment when their wants and needs are satisfied. But meaning is a distinctively human phenomenon. There can be happiness without meaning, and there can be meaning in the absence of happiness, even in the midst of darkness and pain. The pursuit of meaning is about the search for something larger than the self.

No one did more to bring the question of meaning to our attention than the late Viktor Frankl. In the three years he spent in Auschwitz, Frankl survived and helped others to survive by inspiring them to discover a purpose in life even in the midst of hell on earth. It was there that he formulated the ideas he later turned into a new type of psychotherapy based on what he called “man’s search for meaning”. His book of that title, written in the course of nine days in 1946, has sold more than ten million copies throughout the world, and ranks as one of the most influential works of the twentieth century.

Frankl knew that in the camps, those who lost the will to live died. He tells of how he helped two individuals to find a reason to survive. One, a woman, had a child waiting for her in another country. Another had written the first volumes of a series of travel books, and there were others yet to write. Both therefore had a reason to live.

Frankl used to say that the way to find meaning was not to ask what we want from life. Instead we should ask what life wants from us. We are each, he said, unique: in our gifts, our abilities, our skills and talents, and in the circumstances of our life. For each of us, then, there is a task only we can do. This does not mean that we are better than others. But if we believe we are here for a reason, then there is a tikkun, a mending, only we can perform, a fragment of light only we can redeem, an act of kindness or courage or generosity or hospitality, even a word of encouragement or a smile, only we can perform, because we are here, in this place, at this time, facing this person at this moment in their lives.

“Life is a task”, he used to say, and added, “The religious man differs from the apparently irreligious man only by experiencing his existence not simply as a task, but as a mission.” He or she is aware of being summoned, called, by a Source. “For thousands of years that source has been called God.”

That is the significance of the word that gives our parsha, and the third book of the Torah, its name: Vayikra, “And He called.” Why does the word Vayikra appear here, at the beginning of the third and central book of the Torah? Because the book of Vayikra is about sacrifices, and a vocation is about sacrifices. We are willing to make sacrifices when we feel they are part of the mission we are called upon to do.

From the perspective of eternity we may sometimes be overwhelmed by a sense of our own insignificance. We are no more than a wave in the ocean, a grain of sand on the sea shore, dust on the surface of infinity. Yet we are here because God wanted us to be, because there is a task He wants us to perform. The search for meaning is the quest for this task.

Each of us is unique. Even genetically identical twins are different. There are things only we can do, we who are what we are, in this time, this place and these circumstances. For each of us God has a task: work to perform, a kindness to show, a gift to give, love to share, loneliness to ease, pain to heal, or broken lives to help mend. Determining what that task is, hearing Vayikra, God’s call, is one of the great spiritual challenges for each of us.

I have spent much of my life thinking about life, observing people, reading books, searching for teachers and exemplars, trying to distinguish between what ultimately matters and what merely seems to matter at the time. I make no claims to wisdom, but this I have learned:

• each of us is here for a purpose

• discerning that purpose takes time and honesty, knowledge of ourselves and knowledge of the world, but it is there to be discovered. Each of us has a unique constellation of gifts, an unreplicated radius of influence, and within that radius, be it as small as a family or as large as a state, we can be a transformative presence

• where what we want to do meets what needs to be done, that is where God wants us to be

• even the smallest good deed can change someone’s life

• a word of praise can give meaning to someone’s life

• the world is a book in which our life is a chapter, and the question is whether others, reading it, will be inspired

• each day is a question asked by God to us

• we can make a difference, and it is only by making a difference that we redeem a life, lifting it from mere existence and endowing it with glory

• each situation in which we find ourselves did not happen by accident: we are here, now, in this place, among these people, in these circumstances, so that we can do the act or say the word that will heal one of the fractures of the world

1. Which from this list can help you discover what your “calling” is?

2. Which from the list do you find most inspiring?