Mount Sinai and the Birth of Freedom
Family Edition 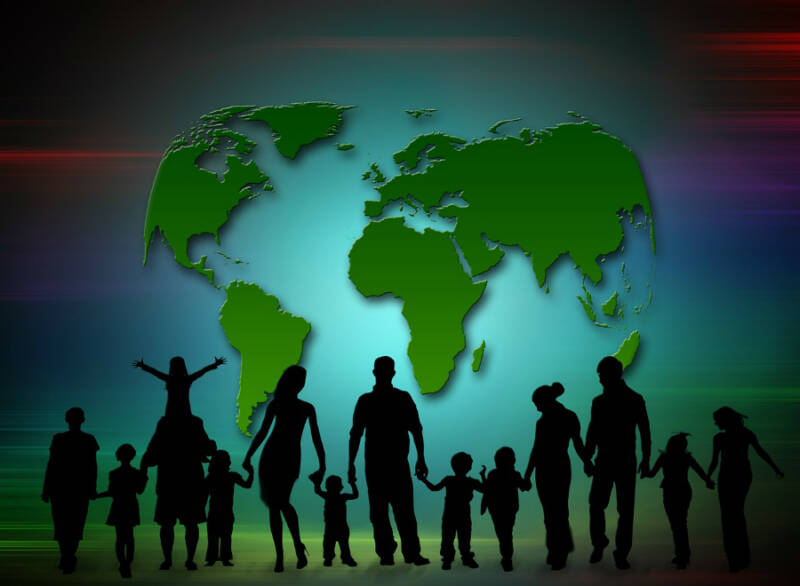 Mount Sinai and the Birth of Freedom

The parsha of Yitro (Jethro) is divided into two episodes. In the first (chapter 18), Israel receives its first system of governance – delegated to leaders of thousands, hundreds, fifties and tens – at the advice of Jethro, Moshe’ father-in-law, whose name the parsha bears. In the second episode (chapters 19-20), Israel receives its eternal constitution (a set of principles enshrined in law that guide the way a nation is governed) by way of covenant with God. A brief summary of its key ideas is given by the voice of God Himself in the form of the Ten Commandments (or Utterances).

At Mount Sinai a new kind of nation was being formed, and a new kind of society – one that would be the opposite of Egypt. In Egypt, the few had power and the many were weak and enslaved. This new nation was to be, in Abraham Lincoln’s words in the Gettysburg Address, “a new nation, conceived in liberty, and dedicated to the proposition that all men are created equal.” Indeed, without the covenant between the Jewish people and God, enacted at Mount Sinai, Lincoln’s words would have been unimaginable. For nowhere else do we find anything like the politics of Sinai, with its radical vision of a society held together not by power but by the agreement of its citizens. This envisioned society was founded on the decision taken in total freedom by its members, to be bound, individually and collectively, by a moral code and by a covenant with God.

Many historians studying the history of the politics of freedom trace this idea back to Greek philosophers like Plato and Aristotle, and to the Greek city states (Athens in particular) of the fifth century BCE. But they are mistaken in this. Although the word “democracy” (which literally means ‘rule by the people’ and is the word we use for the political system believed to be most reflective of the politics of freedom) is Greek in origin, the Greek city states were far from democratic. True democracy was born in Europe and America in the 17th and 18th centuries, and the philosophers of these times who were thinking and writing about these ideas looked first and foremost to the Hebrew Bible for inspiration. The concept of a free society was born at Mount Sinai.

1. Why can a Jewish society based on Torah values be called a “free society”?

2. Are there any societies found in today’s world that are similar to Egypt as described by Rabbi Sacks?

3. What Torah values are also the foundations of democracy?

On July 12, 1997, Malala Yousafzai was born in Mingora, a city in the Swat District of Pakistan. She was born at home because her family couldn’t afford a hospital birth. Malala grew up in awe of her father, an activist who believed the lack of education was the root of all of Pakistan’s problems. She attended a public school founded by her father and developed a thirst for knowledge from an early age. She adored books and decided she wanted to become a doctor. But her father sensed early on that his daughter had a gift for something beyond medicine. He encouraged her to think openly and express her political opinions freely. After he had sent her two younger brothers to bed, he and Malala would stay up discussing politics late into the night.

In 2007, when Malala was only ten years old, her hometown began to change as Taliban militants inched closer. Violence soon spread across the Swat Valley, and girl-only schools faced regular threats. As class attendance fell, Malala refused to give up her right to an education. Her father noticed her passion for standing up against the Taliban’s oppressive campaign and took Malala to Peshawar to speak at the local press club where she gave an impassioned speech to an audience of newspapers and TV channels in support of education for girls. Then the BBC came calling asking her to blog for them anonymously.

By 2009 her experiences had received global attention and she was approached by the New York Times to be featured in a documentary. That same year, the documentary was released and gained international coverage. It was revealed that Malala was the student behind the BBC blog and her profile in Pakistan grew, and in 2011, she was awarded Pakistan’s National Youth Peace Prize. But the Taliban were not happy about Malala’s activism, and began to send death threats. They published warnings in the newspaper and slipped menacing notes under the door of her home.

On October 9, 2012, Malala was riding home from school on a bus with her friends when a masked gunman boarded the bus and demanded to know which girl was Malala. As her friends turned to look at her, he fired three shots. One bullet hit Malala on the left side of her head, traveling down her neck and embedding itself in her shoulder. Malala was airlifted to a military hospital in critical condition. After a five-hour operation, the bullet was removed, but she was far from stable. Her organs were failing, an infection had developed, and she was in an induced coma. Offers to treat Malala poured in from around the world, and she was transferred to Germany and then the United Kingdom for treatment. In January 2013, Malala Yousafzai was finally released from the hospital after having her skull reconstructed and receiving a cochlear implant to restore her hearing.

The shooting changed her life. As the murder attempt spurred worldwide outrage, she dedicated her life to activism on behalf of children and women worldwide. She has shared her ideas at the United Nations, Harvard University, and met with Queen Elizabeth and President Barack Obama. In 2014, at age 17, Malala became the youngest person to receive a Nobel Peace Prize. Today she lives in Birmingham, and is studying Philosophy, Politics, and Economics at Oxford University. She has her own non-profit Malala Fund, and continues to be a voice for freedom and education in the world today.

2. How is the story of Malala connected to the message of the Core Idea in this week’s Covenant & Conversation?

Three things about the Jewish people’s experience at Sinai were to prove crucial. The first is that long before Israel entered the land and acquired their own system of government (first by judges, later by kings), they had entered into an overarching covenant with God. That covenant (Brit Sinai) set moral limits to the exercise of power. The code we call Torah established for the first time the primacy of right over might. Any king who behaved contrarily to Torah was acting ultra vires (beyond legitimate authority) and could be challenged. This is the single most important fact about biblical politics.

Democracy on the Greek model always had one fatal weakness. Alexis de Tocqueville and John Stuart Mill called it “the tyranny of the majority.” J.L. Talmon called it “totalitarian democracy.” The rule of the majority contains no guarantee of the rights of minorities. As Lord Acton rightly noted, it was this that led to the downfall of Athens: “There was no law superior to that of the state. The lawgiver was above the law.” In Judaism, by contrast, prophets were mandated to challenge the authority of the king if he acted against the terms of the Torah.

The second key element lies in the prologue to the covenant. God tells Moshe to say to the people “Now, if you obey Me fully and keep My covenant, you will be My treasured possession, for the whole earth is Mine. You will be for Me a kingdom of priests and a holy nation…’” (Exodus 19:5-6) and the people reply: “We will do everything the Lord has said” (19:8). Until the people had signified their consent, the revelation could not proceed. The principle at stake was that there is no legitimate government without the consent of the governed, even if the governor is Creator of heaven and earth. I know of few more radical ideas anywhere. At the heart of Judaism is the idea – way ahead of its time, and not always fully realised – that the free God desires the free worship of free human beings. God, said the rabbis, does not act tyrannically with His creatures.

The third, equally ahead of its time, was that the partners to the covenant were to be “all the people” – men, women and children. This fact is emphasised later on in the Torah in the mitzvah of Hak-hel, the septennial covenant renewal ceremony. The Torah states specifically that the entire people is to be gathered together for this ceremony, “men, women and children” (Deuteronomy 31:10-13). A thousand years later, when Athens experimented with democracy, only a limited section of society had political rights. Women, children, slaves and foreigners were excluded. In many respects this held true until very recently. In Britain, women did not get the vote until 1918. In America, women’s suffrage was complete only in 1920, though some states had enacted it earlier.

According to the Sages, when God was about to give the Torah at Sinai, He told Moshe to consult first with the women and only then with the men. This is the meaning of the verse “This is what you are to say to the house of Jacob and tell the people of Israel” (Exodus 19:3). The house of Jacob, our Sages tell us, refers to the women. The Torah, Israel’s “constitution of liberty,” includes everyone. It is the first moment, by thousands of years, that citizenship is conceived as being universal.

With the revelation at Sinai, something unprecedented entered the human horizon, though it would take centuries, millennia, before its full implications were understood. At Sinai, the politics of freedom was born.

[Jewish] destiny was to create a society that would honour the proposition that we are all created in the image and likeness of God. It would be a place in which the freedom of some would not lead to the enslavement of others. It would be the opposite of Egypt, whose bread of affliction and bitter herbs of slavery they were to eat every year on the festival of Passover to remind them of what they were to avoid…. Judaism is the code of a self-governing society… Because Judaism is also the code of a society, it is also about the social virtues: righteousness (tzedek/tzedakah), justice (mishpat), loving-kindness (chessed) and compassion (rachamim). These structure the template of biblical law, which covers all aspects of the life of society, its economy, its welfare systems, its education, family life, employer–employee relations, the protection of the environment and so on.

The broad principles driving this elaborate structure, traditionally enumerated as 613 commands, are clear. No one should be left in dire poverty. No one should lack access to justice and the courts. No family should be without its share of the land. One day in seven, everyone should be free. One year in seven, all debts should be cancelled. One year in fifty, all land that had been sold was to revert to its original owners. It was the nearest thing the ancient world had ever seen to an egalitarian society.

1. How does this quote relate to the message of the Covenant & Conversation?

2. How and where can we fulfil the call made to us at Sinai, to set up a free society based on the values of the Torah?