Love Is Not Enough 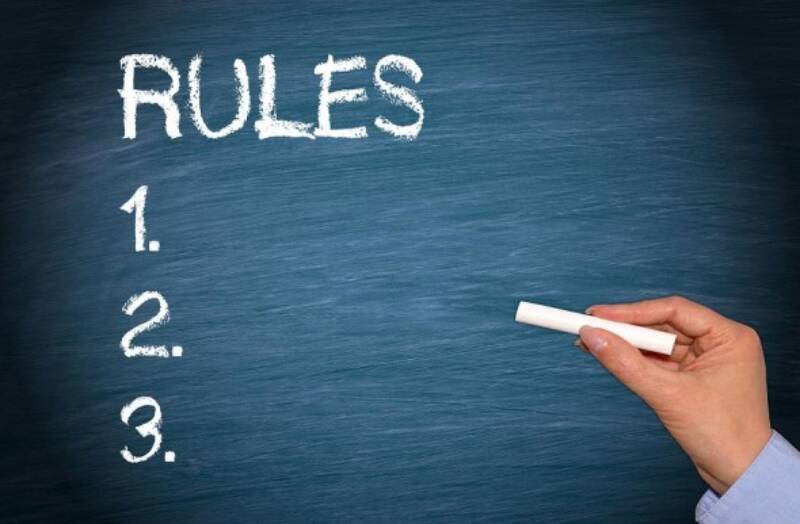 The opening chapter of Kedoshim contains two of the most powerful of all commands: to love your neighbour and to love the stranger. “Love your neighbour as yourself: I am the Lord” goes the first. “When a stranger comes to live in your land, do not mistreat him,” goes the second, and continues, “Treat the stranger the way you treat your native-born. Love him as yourself, for you were strangers in Egypt. I am the Lord your God (Lev. 19:33-34).[1]

The first is often called the “golden rule” and held to be universal to all cultures. This is a mistake. The golden rule is different. In its positive formulation it states, “Act toward others as you would wish them to act toward you,” or in its negative formulation, given by Hillel, “What is hateful to you, do not do to your neighbour.” These rules are not about love. They are about justice, or more precisely, what evolutionary psychologists call reciprocal altruism. The Torah does not say, “Be nice or kind to your neighbour, because you would wish him to be nice or kind to you.” It says, “Love your neighbour.” That is something different and far stronger.

The second command is more radical still. Most people in most societies in most ages have feared, hated and often harmed the stranger. There is a word for this: xenophobia. How often have you heard the opposite word: xenophilia? My guess is, never. People don’t usually love strangers. That is why, almost always when the Torah states this command – which it does, according to the Sages, 36 times ­– it adds an explanation: “because you were strangers in Egypt.” I know of no other nation that was born as a nation in slavery and exile. We know what it feels like to be a vulnerable minority. That is why love of the stranger is so central to Judaism and so marginal to most other systems of ethics.[2] But here too, the Torah does not use the word “justice.” There is a command of justice toward strangers, but that is a different law: “You shall not wrong a stranger or oppress him” (Ex. 22:20). Here the Torah speaks not of justice but of love.

These two commands define Judaism as a religion of love – not just of God (“with all your heart, with all your soul and with all your might”), but of humanity also. That was and is a world-changing idea.

But what calls for deep reflection is where these commands appear. They do so in Parshat Kedoshim in what, to contemporary eyes, must seem one of the strangest passages in the Torah.

At first glance these laws have nothing to do with one another: some are about conscience, some about politics and economics, and others about purity and taboo. Clearly, though, the Torah is telling us otherwise. They do have something in common. They are all about order, limits, boundaries. They are telling us that reality has a certain underlying structure whose integrity must be honoured. If you hate or take revenge you destroy relationships. If you commit injustice, you undermine the trust on which society depends. If you fail to respect the integrity of nature (different seeds, species, and so on), you take the first step down a path that ends in environmental disaster.

There is an order to the universe, part moral, part political, part ecological. When that order is violated, eventually there is chaos. When that order is observed and preserved, we become co-creators of the sacred harmony and integrated diversity that the Torah calls “holy.”

Why then is it specifically in this chapter that the two great commands – love of the neighbour and the stranger – appear? The answer is profound and very far from obvious. Because this is where love belongs – in an ordered universe.

Jordan Peterson, the Canadian psychologist, has recently become one of the most prominent public intellectuals of our time. His recent book Twelve Rules for Life, has been a massive best-seller in Britain and America.[3] He has had the courage to be a contrarian, challenging the fashionable fallacies of the contemporary West. Particularly striking in the book is Rule 5: “Do not let your children do anything that makes you dislike them.”

His point is more subtle than it sounds. A significant number of parents today, he says, fail to socialise their children. They indulge them. They do not teach them rules. There are, he argues, complex reasons for this. Some of it has to do with lack of attention. Parents are busy and don’t have time for the demanding task of teaching discipline. Some of it has to do with Jean-Jacques Rousseau’s influential but misleading idea that children are naturally good, and are made bad by society and its rules. So the best way to raise happy, creative children is to let them choose for themselves.

Partly, though, he says it is because “modern parents are simply paralysed by the fear that they will no longer be liked, or even loved by their children if they chastise them for any reason.” They are afraid to damage their relationship by saying ‘No’. They fear the loss of their children’s love.

The result is that they leave their children dangerously unprepared for a world that will not indulge their wishes or desire for attention; a world that can be tough, demanding and sometimes cruel. Without rules, social skills, self-restraints and a capacity to defer gratification, children grow up without an apprenticeship in reality. His conclusion is powerful:

Clear rules make for secure children and calm, rational parents. Clear principles of discipline and punishment balance mercy and justice so that social development and psychological maturity can be optimally promoted. Clear rules and proper discipline help the child, and the family, and society, establish, maintain and expand order. That is all that protects us from chaos.[4]

That is what the opening chapter of Kedoshim is about: clear rules that create and sustain a social order. That is where real love – not the sentimental, self-deceiving substitute – belongs. Without order, love merely adds to the chaos. Misplaced love can lead to parental neglect, producing spoiled children with a sense of entitlement who are destined for an unhappy, unsuccessful, unfulfilled adult life.

Peterson’s book, whose subtitle is “An Antidote to Chaos,” is not just about children. It is about the mess the West has made since the Beatles sang (in 1967), “All You Need is Love”. As a clinical psychologist, Peterson has seen the emotional cost of a society without a shared moral code. People, he writes, need ordering principles, without which there is chaos. We require “rules, standards, values – alone and together. We require routine and tradition. That’s order.” Too much order can be bad, but too little can be worse. Life is best lived, he says, on the dividing line between them. It’s there, he says, that “we find the meaning that justifies life and its inevitable suffering.” Perhaps if we lived properly, he adds, “we could withstand the knowledge of our own fragility and mortality, without the sense of aggrieved victimhood that produces, first, resentment, then envy, and then the desire for vengeance and destruction.”[5]

That is as acute an explanation as I have ever heard for the unique structure of Leviticus 19. Its combination of moral, political, economic and environmental laws is a supreme statement of a universe of (Divinely created) order of which we are the custodians. But the chapter is not just about order. It is about humanising that order through love – the love of neighbour and stranger. And when the Torah says, don’t hate, don’t take revenge and don’t bear a grudge, it is an uncanny anticipation of Peterson’s remarks about resentment, envy and the desire for vengeance and destruction.

Hence the life-changing idea that we have forgotten for far too long: Love is not enough. Relationships need rules.

[1] Note that some read these two verses as referring specifically to a ger tzedek, that is, a convert to Judaism. That, however, is to miss the point of the command, which is: do not allow ethnic differences (that is, between a born Jew and a convert) to influence your emotions. Judaism must be race- and colour-blind.
[2] Had it existed in Europe, there would not have been a thousand years of persecution of the Jews, followed by the birth of racial antisemitism, followed by the Holocaust.
[3] Jordan Peterson, 12 Rules for Life: an antidote to chaos, Allen Lane, 2018.
[4] Ibid., 113-44.
[5] Ibid., xxxiv.