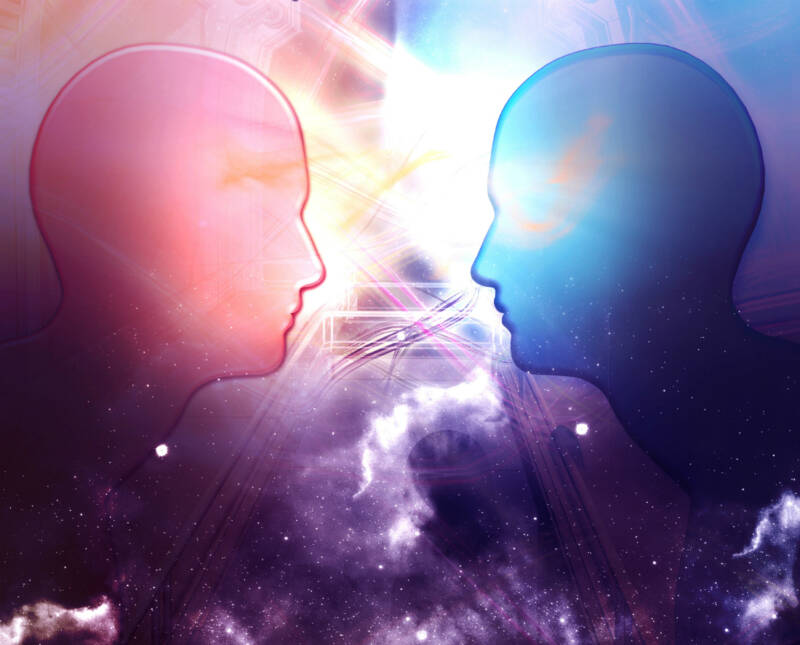 If we put together recent discoveries in neuroscience with Midrashic tradition we may be able to shed new light on the meaning of the central mystery of Yom Kippur: the two goats, identical in appearance, over which the High Priest cast lots, sacrificing one as a sin offering and sending the other, the scapegoat, into the wilderness to die.

In past Covenant & Conversation essays on Acharei Mot, we have looked at the scapegoat as it figures in Jewish tradition and, in a very different way, in other cultures. But there are other dimensions of the rite that cry out for explanation. We argued that there were two goats because Yom Kippur represents a dual process of kappara, atonement, and tahara, purification, directed respectively at guilt and shame. But this does not explain why the two animals were required to be as similar as possible to one another, nor does it account for the role of casting lots (goralot). Presumably, these elements were designed to inspire feelings of awe and penitence on the part of the crowds that thronged the Temple on the holiest day of the year, but how and in what way?

Over the centuries, the Sages sought to decipher the mystery. Two animals, alike in appearance but different in fate, suggests the idea of twins. This and other clues led the Midrash, the Zohar, and classic commentators such as Nahmanides and Abarbanel to the conclusion that in some sense, the two goats symbolised the most famous of all the Torah’s twins: Jacob and Esau.

There are other clues too. The word se’ir, “goat,” is associated in the Torah with Esau. He and his descendants lived in the land of Seir. The word se’ir is related to sei’ar, “hairy,” which is how Esau was born: “his whole body was like a hairy garment” (Gen. 25:25). When Rebecca urged Jacob to pretend to be Esau in order to take Isaac’s blessing, Jacob said, “My brother Esau is a hairy [sa’ir] man while I have smooth skin” (Gen. 27:11). According to the Mishnah, a red thread was tied to the scapegoat, and “red” (Edom) was Esau’s other name. So there was a tradition that the scapegoat in some way symbolised Esau. Azazel, the mysterious place or entity for which the goat was intended, was Samael, Esau’s guardian angel.

In particular, the phrase “two kids of the goats,” shnei se’irei izim, mentioned in the High Priest’s rites, reminds us of the very similar expression, “two kids of the goats,” shnei gedi’ei izim, mentioned in Genesis 27, the scene of Jacob’s deception. Isaac had asked Esau to catch him some wild game and prepare him a meal so that he could bless him. Rebecca tells Jacob to “Go out to the flock and bring me two choice kids of the goats, so I can prepare some tasty food for your father, the way he likes it. Such verbal parallels are not coincidental in the Torah. They are part of its sustained intertextuality, its finely woven prose in which one verse sheds light on another.

So the two goats of the High Priest’s service evoke in multiple ways the figures of Jacob and Esau, and specifically the scene in which Jacob pretended to be Esau, dressing in his clothes so that he would feel and smell like his brother. It was then, answering his father’s question, “Who are you, my son?” that Jacob said the words, “I am your firstborn Esau,” leading Isaac to say, “The voice is the voice of Jacob, but the hands are the hands of Esau” (Gen. 27:22).

Who then were Esau and Jacob? What did they represent and how is this relevant to Yom Kippur and atonement? Midrashic tradition tends to portray Jacob as perfect and Esau as an evil-doer. However, the Torah itself is far more nuanced. Esau is not a figure of evil. His father loved him and sought to bless him. The Sages say that in one respect – honouring his father – he was a supreme role model.[1] And in Deuteronomy Moses commands, “Do not despise an Edomite [i.e., a descendant of Esau], because he is your brother” (Deut. 23:8).

Esau in the Torah is not the epitome of evil. Rather, he is the man of impulse. We see this in the scene in which he sells his birthright to Jacob. Coming in one day exhausted by the hunt, he sees Jacob making lentil broth:

He said to Jacob, “Quick, let me have some of that red stew! I’m famished!”… Jacob replied, “First sell me your birthright.” “Look, I am about to die,” Esau said. “What good is the birthright to me?” But Jacob said, “Swear to me first.” So he swore an oath to him, selling his birthright to Jacob. Then Jacob gave Esau some bread and some lentil stew. He ate and drank, and then got up and left. So Esau despised his birthright.

This vignette of Esau’s impetuosity – selling part of his heritage for the sake of a bowl of soup – is reinforced by the unique description of the action in the staccato form of five consecutive verbs (literally, “he ate, he drank, he rose, he left, he despised”). Every time we see Esau we have the impression of an impulsive figure always driven by the emotion of the moment, be it hunger, filial devotion, a desire for revenge or, at last, generosity of spirit.

Jacob is the opposite. He does not give way to his feelings. He acts and thinks long-term. That is what he does when he seizes the opportunity to buy Esau’s birthright, when he works for seven years for Rachel (a period that “seemed to him but a few days”), and when he fixes terms with Laban for payment for his labour. Rebuking his son Joseph for the seeming presumptuousness of his dreams, the Torah tells us that the brothers were jealous of Joseph “but his father kept the matter in mind.” Jacob never acts impulsively. He thinks long and hard before deciding.

Not only is impetuosity alien to him, he is also critical of it when he sees it in his children. On his death bed, he curses his three eldest sons in these words:

Reuben, you are my firstborn…. Unstable as water, you will not excel…. Simeon and Levi … Cursed be their anger, so fierce, and their fury, so cruel!”

Acting on the basis of anger and impetuosity is for him the sign of an unworthy personality with which he does not wish to be associated.

What does all this have to do with sin, transgression, atonement, and two goats?

Recent years have seen a revolution in our understanding of the human brain, and with it, the human mind. One key text was Antonio Damasio’s book Descartes’ Error.[2] Damasio discovered something unusual about patients who had suffered brain damage to the ventromedial prefrontal cortex. Their ability to think remained unchanged, but their ability to feel dropped to almost zero. The result was that they found it impossible to make decisions. They would reason endlessly but fail to make their mind up on one course of action rather than another.

Much subsequent work has shown that Descartes and Kant were wrong in their assertion that we are, first and foremost, rational animals. David Hume was right in his view that we are primarily emotional beings who make decisions on the basis of feelings, desires, and drives of which we may be barely conscious. We justify our choices, but brain scans show that we may have made those choices before being aware that we had done so.
We are more driven by emotion and less by reason than Enlightenment thinkers believed. This discovery has led to new fields of study like behavioural economics (what people actually do rather than what theory says they do), emotional intelligence, and interdisciplinary studies linking neuroscience to morality and politics.

We have, in fact, a dual-system or twin-track brain. This is what Daniel Kahneman is referring to in the title of his famous book Thinking, Fast and Slow.[3] One track is rapid, instinctive, emotional, and subconscious. The other is slower, conscious, deliberative, and calculating. The former allows us to react quickly to situations of immediate potential danger. Without it, we and our ancestors would not have survived. Many of our instinctive reactions are benign. It is natural to have empathy, and with it the tendency to feel other people’s pain and come to their aid. We develop a strong sense of attachment that leads us to defend members of our family or community. But not all instincts are benign. Anger, envy, jealousy, fear, hate, and the desire for revenge may once have been functional, but they are often deeply destructive in social situations. That is why the ability to “think slow,” to pause and reflect, matters so much. All animals have desires. Only human beings are capable of passing judgement on desires – of asking, should I or should I not satisfy this desire?

These recent discoveries in neuroscience and related fields do not tell us something new. Rather, they have vindicated an ancient insight that was often obscured by Enlightenment rationalism. We cannot live, choose, or love without emotion. But one of the fundamental themes of Genesis is that not all emotion is benign. Instinctive, impulsive behaviour can lead to violence. What is needed to be a carrier of God’s covenant is the ability to “think slow” and act deliberatively. That is the contrast between Isaac and Ishmael (of whom it was said, “He will be a wild donkey of a man; his hand will be against everyone and everyone’s hand against him,” Gen. 16:12). Even more so, it is the contrast between Jacob and Esau.

Which brings us to Genesis 27 and the moment when Jacob dressed up in Esau’s clothes and said to his father, “I am Esau your firstborn.” The two goats of the High Priest’s service and the two goats prepared by Rebecca symbolise our duality: “The hands are the hands of Esau but the voice is the voice of Jacob.” We each have an Esau and Jacob within us, the impulsive, emotional brain and the reflective, deliberative one. We can think fast or slow. Our fate, our goral, our life-script, will be determined by which we choose. Will our life be lived “to the Lord” or “to Azazel,” to the random vicissitudes of chance?

This is the moral drama symbolised by the two goats, one dedicated “to the Lord,” the other “to Azazel” and released into the wilderness. The power of ritual is that it does not speak in abstractions – reason versus emotion, instinctual deferral rather than gratification. It is gripping, visceral, all the more so when it evokes, consciously or otherwise, the memory of the twins, Jacob and Esau, together at birth yet utterly divergent in their character and fate.

Who am I? That is the question Yom Kippur forces us to ask. To be Jacob, we have to release and relinquish the Esau within us, the impulsiveness that can lead us to sell our birthright for a bowl of soup, losing eternity in the pursuit of desire.