A People that Dwells Alone 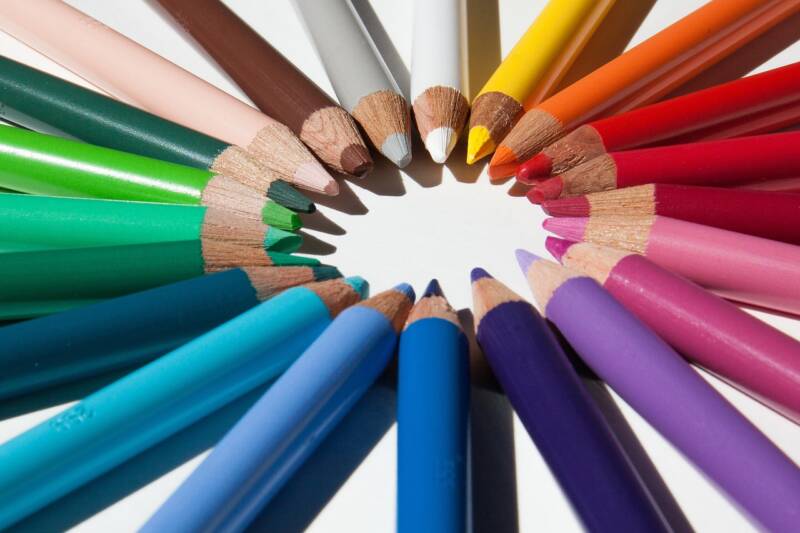 This is an extraordinary moment in Jewish history, for good and not-so-good reasons. For the first time in almost 4,000 years we have simultaneously sovereignty and independence in the land and state of Israel, and freedom and equality in the Diaspora. There have been times – all too brief – when Jews had one or the other, but never before, both at the same time. That is the good news.

The less-good news, though, is that Anti-Semitism has returned within living memory of the Holocaust. The State of Israel remains isolated in the international political arena. It is still surrounded by enemies. And it is the only nation among the 193 making up the United Nations whose very right to exist is constantly challenged and always under threat.

Given all this, it seems the right time to re-examine words appearing in this week’s parsha, uttered by the pagan prophet Balaam, that have come to seem to many, the most powerful summation of Jewish history and destiny:

From the peaks of rocks I see them,
From the heights I gaze upon them.
This is a people who dwell alone,
Not reckoning themselves one of the nations.

For two leading Israeli diplomats in the twentieth century – Yaacov Herzog and Naphtali Lau-Lavie – this verse epitomised their sense of Jewish peoplehood after the Holocaust and the establishment of the State of Israel. Herzog, son of a Chief Rabbi of Israel and brother of Chaim who became Israel’s President, was Director-General of the Prime Minister’s office from 1965 to his death in 1972. Naphtali Lavie, a survivor of Auschwitz who became Israel’s Consul-General in New York, lived to see his brother, Rabbi Yisrael Meir Lau, become Israel’s Chief Rabbi. Herzog’s collected essays were published under the title, drawn from Balaam’s words, A People that Dwells Alone. Lavie’s were entitled Balaam’s Prophecy – again a reference to this verse.[1]

For both, the verse expressed the uniqueness of the Jewish people – its isolation on the one hand, its defiance and resilience on the other. Though it has faced opposition and persecution from some of the greatest superpowers the world has ever known, it has outlived them all.

Given, though, the return of Anti-Semitism, it is worth reflecting on one particular interpretation of the verse, given by the Dean of Volozhyn Yeshiva, R. Naftali Zvi Yehudah Berlin (Netziv, Russia, 1816-1893). Netziv interpreted the verse as follows: for every other nation, when its people went into exile and assimilated into the dominant culture, they found acceptance and respect. With Jews, the opposite was the case. In exile, when they remained true to their faith and way of life, they found themselves able to live at peace with their gentile neighbours. When they tried to assimilate, they found themselves despised and reviled.

The sentence, says Netziv, should therefore be read thus: “If it is a people content to  be alone, faithful to its distinctive identity, then it will be able to dwell in peace. But if Jews seek to be like the nations, the nations will not consider them worthy of respect.”[2]

This is a highly significant statement, given the time and place in which it was made, namely Russia in the last quarter of the nineteenth century. At that time, many Russian Jews had assimilated, some converting to Christianity. But Anti-Semitism did not diminish. It grew, exploding into violence in the pogroms that happened in more than a hundred towns in 1881. These were followed by the notorious Anti-Semitic May Laws of 1882. Realising that they were in danger if they stayed, between 3 and 5 million Jews fled to the West.

It was at this time that Leon Pinsker, a Jewish physician who had believed that the spread of humanism and enlightenment would put an end to Anti-Semitism, experienced a major change of heart and wrote one of the early texts of secular Zionism, Auto-Emancipation (1882). In words strikingly similar to those of Netziv, he said, “In seeking to fuse with other peoples [Jews] deliberately renounced to some extent their own nationality. Yet nowhere did they succeed in obtaining from their fellow-citizens recognition as natives of equal status.” They tried to be like everyone else, but this only left them more isolated.

Something similar happened in Western Europe also. Far from ending hostility to Jews, Enlightenment and Emancipation merely caused it to mutate, from religious Judeophobia to racial Anti-Semitism. No-one spoke of this more poignantly than Theodore Herzl in The Jewish State (1896):

We have honestly endeavoured everywhere to merge ourselves in the social life of surrounding communities and to preserve the faith of our fathers. We are not permitted to do so. In vain are we loyal patriots, our loyalty in some places running to extremes; in vain do we make the same sacrifices of life and property as our fellow-citizens; in vain do we strive to increase the fame of our native land in science and art, or her wealth by trade and commerce. In countries where we have lived for centuries we are still cried down as strangers … If we could only be left in peace … But I think we shall not be left in peace.

The more we succeeded in being like everyone else, implied Herzl, the more we were disliked by everyone else. Consciously or otherwise, these nineteenth century voices were echoing a sentiment first articulated 26 centuries ago by the prophet Ezekiel, speaking in the name of God to the would-be assimilationists among the Jewish exiles in Babylon:

You say, “We want to be like the nations, like the peoples of the world, who serve wood and stone.” But what you have in mind will never happen.

Anti-Semitism is one of the most complex phenomena in the history of hate, and it is not my intention here to simplify it. But there is something of lasting significance in this convergence of views between Netziv, one of the greatest rabbinic scholars of his day, and the two great secular Zionists, Pinsker and Herzl, though they differed on so much else. Assimilation is no cure for Anti-Semitism. If people do not like you for what you are, they will not like you more for pretending to be what you are not.

Jews cannot cure Anti-Semitism. Only Anti-Semites can do that, together with the society to which they belong. The reason is that Jews are not the cause of Anti-Semitism. They are the objects of it, but that is something different. The cause of Anti-Semitism is a profound malaise in the cultures in which it appears. It happens whenever a society feels that something is badly amiss, when there is a profound cognitive dissonance between the way things are and the way people think they ought to be. People are then faced with two possibilities. They can either ask, “What did we do wrong?” and start to put it right, or they can ask, “Who did this to us?” and search for a scapegoat.

In century after century Jews have been made the scapegoat for events that had nothing to do with them, from medieval plagues to poisoned wells to inner tensions in Christianity to Germany’s defeat in the First World War to the underachievement of many Muslim states today. Anti-Semitism is a sickness, and it cannot be cured by Jews. It is also evil, and those who tolerate it when they could have protested are accomplices to evil.

We have nothing to apologise for in our insistence on being different. Judaism began as a protest against empires, symbolised by Babel in Genesis and ancient Egypt in Exodus. These were the first great empires, and they achieved the freedom of the few at the cost of the enslavement of the many.

Jews have always been the irritant of empires because of our insistence on the dignity of the individual and his or her liberty. Anti-Semitism is either the last gasp of a declining culture or the first warning sign of a new totalitarianism. God commanded our ancestors to be different, not because they were better than others – “It is not because of your righteousness that the Lord your God is giving you this good land” (Deut. 9:6) – but because by being different we teach the world the dignity of difference. Empires seek to impose unity on a plural world. Jews know that unity exists in heaven; God creates diversity on earth.

There is one fundamental difference between Anti-Semitism today and its precursors in the past. Today we have a State of Israel. We need no longer fear what Jews discovered after the Evian Conference in 1938, when the nations of the world closed their doors and Jews knew that they had not one square inch on earth they could call home in the Robert Frost sense, namely the place where “when you have to go there, they have to let you in.”[3] Today we have a home – and every assault on Jews and Israel today only serves to make Jews and Israel stronger. That is why Anti-Semitism is not only evil but also self-destructive. Hate destroys the hater. Nothing has ever been gained by making Jews, or anyone else, the scapegoat for your sins.

None of this is to diminish the seriousness with which we must join with others to fight Anti-Semitism and every other religious or racial hate. But let the words of Netziv stay with us. We should never abandon our distinctiveness. It is what makes us who we are. Nor is there any contradiction between this and the universalism of the prophets. To the contrary – and this is the life changing idea: In our uniqueness lies our universality. By being what only we are, we contribute to humanity what only we can give.

[1] Yaacov Herzog, A People that Dwells Alone, Weidenfeld and Nicolson, 1975. Naphtali Lau-Lavie, Balaam’s Prophecy, Cornwall Books, 1998. In the Introduction, Amichai Yehuda Lau-Lavie quotes this verse. In Hebrew, however, the work was entitled Am ke-Lavie, a reference to the later words of Balaam, “The people rise like a lion; they rouse themselves like a young lion” (Num. 23:24) – a play on the Hebrew name Lavie, meaning “lion”.
[2] Ha-amek Davar to Num. 23:9.
[3] Robert Frost, ‘The Death of the Hired Man’. https://www.poetryfoundation.org/poems/44261/the-death-of-the-hired-man

In our uniqueness lies our universality. By being what only we are, we contribute to humanity what only we can give.