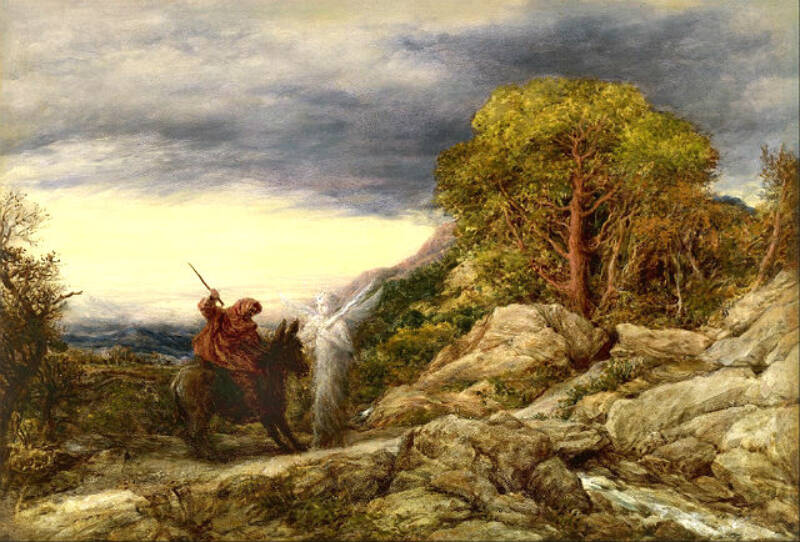 There are several pointed examples in the Torah. One whose full import has only recently become clear occurs in the story of the Tower of Babel. Men gather together in the plain of Shinar and decide to build a city and a tower “that will reach to heaven.” As it happens, we have archeological confirmation of this fact. Several Mesopotamian ziggurats, including the temple of Marduk in Babylon, have been found with inscriptions saying that they reach heaven.[2]

The idea was that tall buildings – man-made mountains – allowed humans to climb to the dwelling place of the gods and thus communicate with them. The Mesopotamian city states were among the first places of civilisation, itself one of the turning points in the history of human life on earth. Before the birth of agriculture, the ancients lived in fear of nature: of predators, of other tribes and bands, and of the vicissitudes of heat and cold, drought and flood. Their fate depended on matters beyond their control.

Only with the spread of domesticated animals and agriculture did people gather in towns, then cities, then empires. A tipping point occurred in the balance of power between nature and culture. For the first time humans were not confined to adapting to their environment. They could adapt their environment to suit them. At this point they – especially the rulers – began to see themselves as gods, demigods, or people with the power to influence the gods.

The most conspicuous symbol of this was buildings on a monumental scale: the ziggurats of Babylon and other Mesopotamian cities, and the pyramids of Egypt. Built on the flat land of the Tigris-Euphrates valley and the Nile delta, they towered over their surroundings. The great pyramid of Giza, built even before the birth of Abraham, was so monumental that it remained the tallest man-made structure on earth for four thousand years.

The fact that these were artificial mountains built by human hands suggested to their builders that humans had acquired godlike powers. They had constructed a stairway to heaven. Hence the significance of the phrase in the Torah’s account of the tower, “And the Lord came down to see the city and the tower, which the children of man had built.” This is God laughing. On earth, humans thought they had reached the sky, but to God the building was so infinitesimal, so microscopic that he had to come down even to see it. Only with the invention of flight do we now know how small the tallest building looks when you are looking down from a mere 30,000 feet.

To end their hubris God simply “confused their language”. They no longer understood one another. The entire project was turned into French farce. We can visualise the scene. A foreman calls for a brick and is handed a hammer. He tells a worker to go right and he turns left. The project foundered in a welter of incomprehension. Men thought they could climb to heaven but in the end they could not even understand what the person next to them was saying. The unfinished tower became a symbol of the inevitable failure of vaunting ambition. The builders achieved what they sought but not in the way they intended. They wanted to “make a name for themselves” and they succeeded, but instead of becoming a byword for man’s ability to reach the sky, Babel became babble, an emblem of confusion. Hubris became nemesis.

The second example was Egypt during the early plagues. Moses and Aaron turned the water of the Nile into blood, and filled Egypt with frogs. We then read that the Egyptian magicians did likewise to show that they had the same power. So concerned were they to show that they could do what the Hebrews could do, that they entirely failed to realise that they were making things worse, not better. The real skill would have been to turn blood back into water, and make frogs not appear but disappear.

We hear the Divine laughter especially in the third plague: lice. For the first time, the magicians tried and failed to replicate the effect. Defeated, they turned to Pharaoh and said, “It is the finger of God.” The humour comes when we remember that for the Egyptians the symbol of power was monumental architecture: pyramids, temples, palaces and statues on a massive scale. God showed them His power by way of the tiniest of insects, painful yet almost invisible to the eye. Again hubris became nemesis. When people think they are big, God shows them they are small – and vice versa. It is those who think themselves small – supremely so Moses, the humblest of men – who are truly great.

This explains the otherwise curious episode of Bilam’s talking donkey. This is not a fanciful tale, nor simply a miracle. It arose because of the way the people of Moab and Midian thought of Bilam – and perhaps, by extension, the way he thought of himself. Balak the Moabite king, together with the leaders of the Midianites, sent a delegation to Bilam asking him to curse the Israelites: “Come now, curse this people for me, since they are too mighty for me … for I know that whom you bless is blessed, and whom you curse is cursed.”

This is a pagan understanding of the holy man: the shaman, the magus, the wonder-worker, the person with access to supernatural powers. The Torah’s view is precisely the opposite. It is God who blesses and curses, not human beings. “I will bless those who bless you and those who curse you I will curse,” God said to Abraham. “They shall place my name on the children of Israel and I will bless them,” he said about the priests. The idea that you can hire a holy man to curse someone essentially presupposes that God can be bribed.

The narrative is admittedly obscure. God tells Bilam not to go. Balak sends a second delegation with a more tempting offer. This time God tells Bilam to go with them but say only what he instructs him to say. The next morning Bilam sets out to go with the Moabites, but the text now states that God was “angry” with him for going. That is when the episode of the donkey takes place.

The donkey sees an angel barring the way. It turns aside into a field but Bilam hits it and forces it back to the path. The angel is still barring the way and the donkey veers into a wall, crushing Bilam’s foot. Bilam hits it again, but finally it lies down and refuses to move. That is when the donkey begins to speak. Bilam then looks up and sees the angel, who had been hitherto invisible to him.

But the story of the talking donkey is another instance of Divine laughter. Here was a man reputed to be a maestro of supernatural forces. People thought he had the power to bless or curse whomever he chose. God, the Torah tells us, is not like that at all. He had two messages, one for the Moabites and Midianites, another for Bilam himself.

He showed the Moabites and Midianites that Israel is not cursed but blessed. The more you attempt to curse them the more they will be blessed and you yourself will be cursed. That is as true today as it was then. There are movements throughout the world to curse the state and people of Israel. The greater the malice of Israel’s enemies, the stronger Israel becomes, and the more disasters its enemies bring upon their own people.

God had a different message for Bilam himself, and it was very blunt. If you think you can control God, then, says God, I will show you that I can turn a donkey into a prophet and a prophet into a donkey. Your animal will see angels to which you yourself are blind. Bilam was forced to admit:

Hubris always eventually becomes nemesis. In a world in which rulers engaged in endless projects of self-aggrandisement, Israel alone produced a literature in which they attributed their successes to God and their failures to themselves. Far from making them weak, this made them extraordinarily strong.

So it is with us as individuals. I have mentioned before a beloved friend, no longer alive, about whom it was said that “he took God so seriously that he didn’t need to take himself seriously at all.” Pagan prophets like Bilam had not yet learned the lesson we must all one day learn: that what matters is not that God does what we want, but that we do what He wants. God laughs at those who think they have godlike powers. The opposite is true. The smaller we see ourselves, the greater we become.

[1] The John Lennon version is: “Life is what happens while you are making other plans.”
[2] The tower of Babel is referred to in the Enuma Elish as “Esagila,” which means “the house of the lifting up of the head.” Nabopolassar and Nebuchadnezzar both repaired this building, inscriptions to which say that they “raised high the head” of the tower “to rival the heavens.” Nahum Sarna, Understanding Genesis, 73.