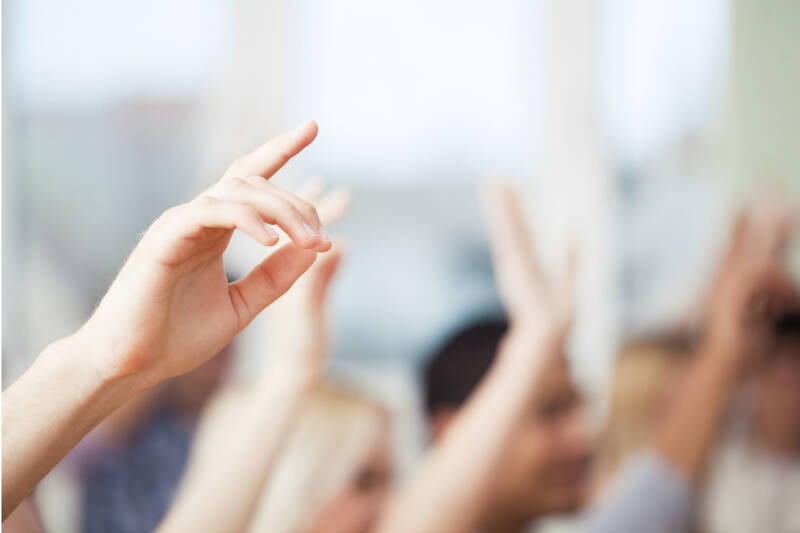 The parsha of Bamidbar is generally read on the Shabbat before Shavuot, z’man matan torateinu, “the time of the giving of our law,” the revelation at Sinai. So the Sages, believing that nothing is coincidental, searched for some connection between the two.

To find one is not easy. There is nothing in the parsha about the giving of the Torah. Instead it is about a census of the Israelites. Nor is its setting helpful. We are told at the beginning that the events about to be described took place in “the wilderness of Sinai,” whereas when the Torah speaks about the great revelation, it talks about “Mount Sinai.” One is a general region, the other a specific mountain within that region. Nor are the Israelites at this stage walking towards Mount Sinai. To the contrary, they are preparing to leave. They are about to begin the second part of their journey, from Sinai to the Promised Land.

The Sages did, nonetheless, make a connection, and it is a surprising one:

The Midrash takes three words associated with Sinai – fire (that was blazing on the mountain just before the revelation), water (based on a phrase in the Song of Deborah) and wilderness (as at the beginning of our parsha, and also in Exodus 19:1, 2), and it connects them by saying that “they are free to all the inhabitants of the world.”

This is not the association most of us would make. Fire is associated with heat, warmth, energy. Water is associated with quenching thirst and making things grow. Wilderness is the space between: neither starting point nor destination, the place where you need signposts and a sense of direction. All three would therefore make good metaphors for the Torah. It warms. It energises. It satisfies spiritual thirst. It gives direction. Yet that is not the approach taken by the Sages. What mattered to them is that all three are free.

The Sages understood that something profound was born at Mount Sinai, and this has distinguished Jewish life ever since. It was the democratisation of knowledge. Literacy and knowledge of the law was no longer to be confined to a priestly elite. For the first time in history everyone was to have access to knowledge, education and literacy. “The law that Moses gave us is the possession of the assembly of Jacob” (Deut. 33:4) – the whole assembly, not a privileged group within it.

The symbol of this was the revelation at Mount Sinai, the only time in history when God revealed Himself not only to a Prophet but to an entire people, who three times signalled their consent to the commands and the covenant. In the penultimate command that Moses gave to the people, known as Hakhel, he gave the following instruction:

“At the end of every seven years, in the Sabbatical year, during the Festival of Tabernacles, when all Israel comes to appear before the Lord your God at the place He will choose, you shall read this law before them in their hearing. Assemble the people—men, women and children, and the foreigners residing in your towns—so they can listen and learn to fear the Lord your God and follow carefully all the words of this law. Their children, who do not know this law, must hear it and learn to fear the Lord your God as long as you live in the land you are crossing the Jordan to possess.”

Again, the whole people, not an elite or subset within it. This is echoed in the famous verse from Isaiah 54:13, “And all your children shall be learned of the Lord and great shall be the peace of your children.” This was and remains the unique feature of the Torah as the written constitution of the Jewish people as a nation under the sovereignty of God. Everyone is expected not merely to keep the law but to know it. Jews became a nation of constitutional lawyers.

There were two further key moments in the history of this development. The first was when Ezra and Nehemiah gathered the people, after the Babylonian exile, to the Water Gate in Jerusalem, on Rosh Hashanah, and read the Torah to them, placing Levites throughout the crowd to explain to people what was being said and what it meant, a defining moment in Jewish history that took the form not of a battle but of a massive adult education programme (Neh. 8). Ezra and Nehemiah realised that the most significant battles in ensuring the Jewish future were cultural, not military. This was one of the most transformative insights in history.

The second was the extraordinary creation, in the first century, of the world’s first system of universal compulsory education. Here is how the Talmud describes the process, culminating in the work of Joshua ben Gamla, a High Priest in the last days of the Second Temple:

Truly the name of that man is to be blessed, namely Joshua ben Gamla, for but for him the Torah would have been forgotten from Israel. For at first if a child had a father, his father taught him, and if he had no father he did not learn at all . . . They therefore ordained that teachers should be appointed in each prefecture, and that boys should enter school at the age of sixteen or seventeen. [They did so] but if the teacher punished them they used to rebel and leave the school. Eventually, Joshua b. Gamla came and ordained that teachers of young children should be appointed in each district and each town, and that children should enter school at the age of six or seven.[2]

Universal compulsory education did not exist in England – at that time the world’s leading imperial power – until 1870, a difference of 18 centuries. At roughly the same time as Joshua ben Gamla, in the first century C.E., Josephus could write:

Should any one of our nation be asked about our laws, he will repeat them as readily as his own name. The result of our thorough education in our laws from the very dawn of intelligence is that they are, as it were, engraved on our souls.[3]

We now understand the connection the Sages made between the wilderness and the giving of the Torah: it was open to everyone, and it was free. Neither lack of money nor of aristocratic birth could stop you from learning Torah and acquiring distinction in a community in which scholarship was considered the highest achievement.