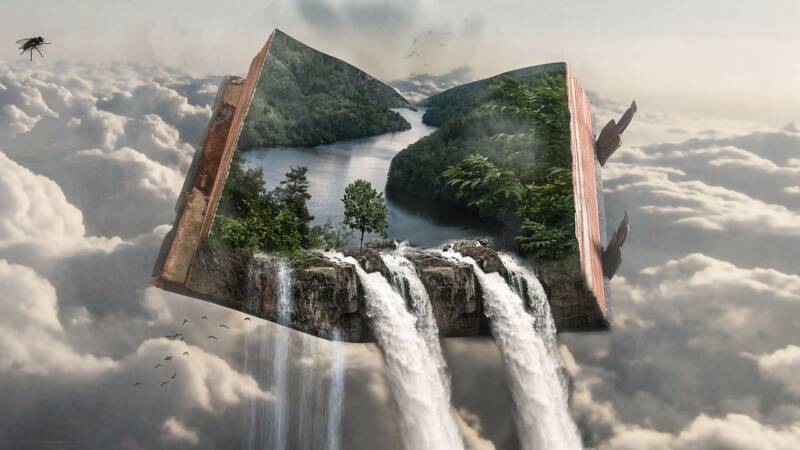 The books of Shemot and Bamidbar have some striking similarities. They are both about journeys. They both portray the Israelites as quarrelsome and ungrateful. Both contain stories about the people complaining about food and water. In both the Israelites commit a major sin: in Shemot, the golden calf, in Bamidbar, the episode of the spies. In both, God threatens to destroy them and begin again with Moses. Both times, Moses’ passionate appeal persuades God to forgive the people. It is easy when reading Bamidbar, to feel a sense of déjà vu. We have been here before.

But there is a difference. Shemot is about a journey from. Bamidbar is about a journey to. Shemot is the story of an escape from slavery. Exodus, the English name of the book, means just that: departure, withdrawal, leaving. By contrast, in Bamidbar the people have already left Egypt far behind. They have spent a prolonged period in the Sinai desert. They have received the Torah and built the Sanctuary. Now they are ready to move on. This time they are looking forward, not back. They are thinking not of the danger they are fleeing from but of the destination they are travelling toward, the Promised Land.

If we had never read the Torah before, we might have assumed that the second half of the journey would be more relaxed, the people more optimistic, the mood more hopeful. After all, the great dangers had passed. After prolonged refusal, finally Pharaoh had let the people go. Miraculously they had been saved at the Red Sea. They had fought and defeated the Amalekites. What else did they have to worry about? They knew that when God was with them, no force could prevail against them.

In fact, though, the opposite is the case. The mood of Bamidbar is palpably darker than it is in Shemot. The rebellions are more serious. Moses’ leadership is more hesitant. We see him giving way, at times, to anger and despair. The Torah, with great realism, is telling us something counterintuitive and of great significance.

The journey from is always easier than the journey to.

So it is in politics. It may take a revolution to depose a tyrant, but it is easier to do that that than to create a genuinely free society with the rule of law and respect for human rights. The Arab Spring, with its high hopes and its legacy of failing states, civil war and terror, is a compelling example. So is the history of post-Tito Yugoslavia or present-day Russia.

Likewise in the life of individuals. There have been endless stories in the modern world of Jews who were determined to break free of “the ghetto” and what they saw as Jewish provincialism and backwardness. They became great successes in one field after another, only to find themselves – like the marranos of fifteenth century Spain – deeply conflicted and doubly alienated, having lost a home in the old world and failed to find full acceptance in the new.

There is a biological reason why this is so. We are genetically predisposed to react strongly to danger. Our deepest instincts are aroused. We move into the fight-or-flight mode, with our senses alert, our attention focussed, and our adrenalin levels high. When it comes to fleeing-from, we often find ourselves accessing strengths we did not know we had.

But fleeing-to is something else entirely. It means making a home in place where, literally or metaphorically, we have not been before. We become “strangers in a strange land.” We need to learn new skills, shoulder new responsibilities, acquire new strengths. That calls for imagination and willpower. It involves the most unique of all human abilities: envisaging a future that has not yet been and acting to bring it about. Fleeing-to is a journey into the unknown.
That was the difference between Abraham and his father Terach. The Torah tells us that “Terach took his son Abram … and they went out together from Ur of the Chaldeans to go into the land of Canaan; but when they came to Haran, they settled there” (Gen. 11:31). Terach had sufficient willpower for the journey-from (Ur Kasdim) but not for the journey-to (Canaan). It was left to Abraham to reach the destination.

To be a Jew is to know that, in some sense, life is a journey. So it was for Abraham. So it was for Moses. So it is for us, collectively and individually. Hence the importance of knowing at the outset where we are travelling to, and never forgetting, never giving up. Leaving is easy, arriving is hard.

I am amazed by how many people never really dream a future for themselves. They can spend months planning a holiday, but not even a day planning a life. They take it as it comes. They wait, like Charles Dickens’ Mr Micawber, for “something to turn up.” This is not the best recipe for a life. “Wherever you find the word Vayechi, ‘and it came to pass,’” said the Sages, “it is always the prelude to pain.”[1] Letting things happen is passive, not active. It means that you are letting outside factors determine the course of your life. Of course, they will always affect it. However sure we are of what we want to achieve, we are always subject to unexpected occurrences, wrong turns, bad decisions, setbacks and failures. But if we know where we want to be, eventually we will get back on track.

Timothy Ferris, compiler of the book Tribe of Mentors, asked me an interesting question: “When you feel overwhelmed or unfocussed, what do you do?” I told him that just before I became Chief Rabbi, in 1991, I realised that the sheer pressure of unexpected happenings, especially when you are in public life, can blow anyone off course. When someone asked British Prime Minister Harold Macmillan what he most feared, he replied, “Events, dear boy, events.” So it became clear to me that I had to set out my objectives in advance, in such a way as to ensure I would never forget or be distracted from them.

In 1991 we did not yet have smartphones or computerised diaries. I used a pocket notebook called a Filofax. So on the first page of my Filofax I wrote my life goals. This meant that I saw them every time I looked in my diary. I was reminded of them several times daily. I still have them, and they have not changed in all the intervening years. How far I was successful, I do not know. But this I know: that I never forgot where I was travelling to. I never lost sight of the destination.

Travelling-from is easy. I knew I had to overcome my ignorance, Jewish and secular. I knew I had bad habits I had to cure – I am still working on them. But the real challenge is to know where Hashem wants us to travel to. What task were we put in the world, in this time and place, with these gifts, to do? The answer to that constitutes the destination we key in to our satellite navigation system for the journey called life.

The Israelites, in their journey, made a series of mistakes. They focussed too much on the present (the food, the water) and too little on the future. When they faced difficulties, they had too much fear and too little faith. They kept looking back to how things were instead of looking forward to how they might be. The result was that almost an entire generation suffered the fate of Abraham’s father. They knew how to leave but not how to arrive. They experienced exodus but not entry.

So, in answer to Tim Ferris’s question, “What do you do when you feel overwhelmed or unfocussed?” I replied with this life-changing idea: Remember your destination. This will help you make the single most important distinction on life, which is to distinguish between an opportunity to be seized and a temptation to be resisted.

Remember your destination. This will help you to distinguish between an opportunity to be seized and a temptation to be resisted.