The Birth of Hope 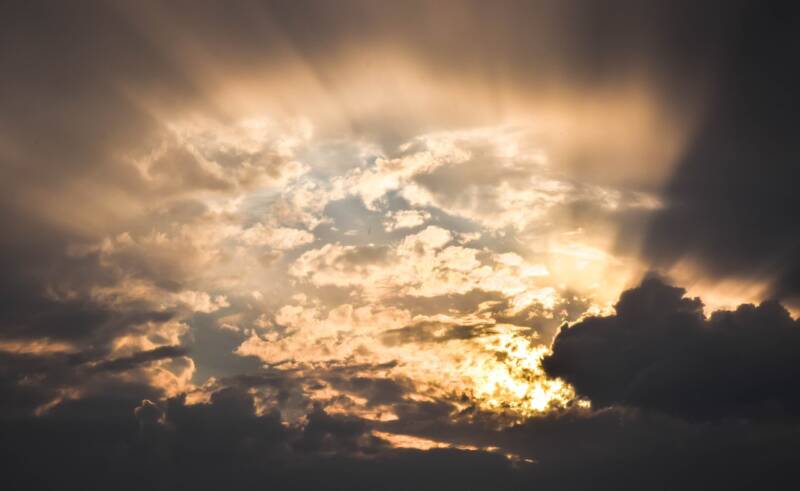 The Birth of Hope

This week we read the Tochecha, the terrifying curses warning of what would happen to Israel if it betrayed its Divine mission. We read a prophecy of history gone wrong. If Israel loses its way spiritually, say the curses, it will lose physically, economically, and politically also. The nation will experience defeat and disaster. It will forfeit its freedom and its land. The people will go into exile and suffer persecution. Customarily we read this passage in the synagogue sotto voce, in an undertone, so fearful is it. It is hard to imagine any nation undergoing such catastrophe and living to tell the tale. Yet the passage does not end there. In an abrupt change of key, we then hear one of the great consolations in the Bible:

Yet in spite of this, when they are in the land of their enemies, I will not cast them away… I will for their sakes remember the covenant of their ancestors, whom I brought forth out of Egypt in the sight of the heathen, that I might be their God: I am the Lord.

This is a turning point in the history of the human spirit. It is the birth of hope: not hope as a dream, a wish, a desire, but as the very shape of history itself, “the arc of the moral universe,” as Martin Luther King put it. God is just. He may punish. He may hide His face. But He will not break His word. He will fulfil His promise. He will redeem His children. He will bring them home.

Hope is one of the very greatest Jewish contributions to Western civilisation, so much so that I have called Judaism “the voice of hope in the conversation of humankind.”[1] In the ancient world, there were tragic cultures in which people believed that the gods were at best indifferent to our existence, at worst actively malevolent. The best humans can do is avoid their attention or appease their wrath. In the end, though, it is all in vain. We are destined to see our dreams wrecked on the rocks of reality. The great tragedians were Greek. Judaism produced no Sophocles or Aeschylus, no Oedipus or Antigone. Biblical Hebrew did not even contain a word that meant “tragedy” in the Greek sense. Modern Hebrew had to borrow the word: hence, tragedia.

Then there are secular cultures, like that of the contemporary West in which the very existence of the universe, of human life and consciousness, is seen as the result of a series of meaningless accidents intended by no one and with no redeeming purpose. All we know for certain is that we are born, we live, we will die, and it will be as if we had never been. Hope is not unknown in such cultures, but it is what Aristotle defined as “a waking dream,” a private wish that things might be otherwise. As seen through the eyes of ancient Greece or contemporary science, there is nothing in the texture of reality or the direction of history to justify belief that the human condition could be other and better than it is.

Judaism is not without an expression of this mood. We find it in the opening chapters of the book of Ecclesiastes. For its author, time is cyclical. What has been, will be. History is a set of eternal recurrences. Nothing ever really changes:

Ecclesiastes, though, is a rare voice within Tanach. For the most part, the Hebrew Bible expresses a quite different view: that there can be change in the affairs of humankind. We are summoned to the long journey at whose end is redemption and the Messianic Age. Judaism is the principled rejection of tragedy in the name of hope.

The sociologist Peter Berger calls hope a “signal of transcendence,” a point at which something beyond penetrates into the human situation. There is nothing inevitable or even rational about hope. It cannot be inferred from any facts about the past or present. Those with a tragic sense of life hold that hope is an illusion, a childish fantasy, and that a mature response to our place in the universe is to accept its fundamental meaninglessness and cultivate the stoic virtue of acceptance. Judaism insists otherwise: that the reality that underlies the universe is not deaf to our prayers, blind to our aspirations, indifferent to our existence. We are not wrong to strive to perfect the world, refusing to accept the inevitability of suffering and injustice.

We hear this note at key points in the Torah. It occurs twice at the end of Genesis when first Jacob then Joseph assure the other members of the covenantal family that their stay in Egypt will not be endless. God will honour His promise and bring them back to the Promised Land. We hear it again, magnificently, as Moses tells the people that even after the worst suffering that can befall a nation, Israel will not be lost or rejected:

But the key text is here at the end of the curses of Leviticus. This is where God promises that even if Israel sins, it may suffer, but it will never die, and it will never have reason to truly despair. It may experience exile, but eventually it will return. Israel may betray the covenant but God never will. This is one of the most fateful of all biblical assertions. It tells us that no fate is so bleak as to murder hope itself. No defeat is final, no exile endless, no tragedy the story’s last word.

Subsequent to Moses, all the prophets delivered this message, each in his own way. Hosea told the people that though they may act like a faithless wife, God remains a loving husband. Amos assured them that God would rebuild even the most devastated ruins. Jeremiah bought a field in Anatot to assure the people that they would return from Babylon. Isaiah became the poet laureate of hope in visions of a world at peace that have never been surpassed.

Of all the prophecies of hope inspired by Leviticus 26, none is as haunting as the vision in which Ezekiel saw the people of the covenant as a valley of dry bones, but heard God promise to bring us “back to the land of Israel.’” (Ezek. 37:11–14)

No text in all of literature is so evocative of the fate of the Jewish people after the Holocaust, before the rebirth in 1948 of the State of Israel. Almost prophetically, Naftali Herz Imber alluded to this text in his words for the song that eventually became Israel’s national anthem. He wrote: od lo avda tikvatenu, “our hope is not yet lost.” Not by accident is Israel’s anthem called HaTikva, “The Hope.”

Where does hope come from? Berger sees it as a constitutive part of our humanity:

Human existence is always oriented towards the future. Man exists by constantly extending his being into the future, both in his consciousness and in his activity… An essential dimension of this “futurity” of man is hope. It is through hope that men overcome the difficulties of any given here and now. And it is through hope that men find meaning in the face of extreme suffering.

Only hope empowers us to take risks, engage in long-term projects, marry and have children, and refuse to capitulate in the face of despair:

There seems to be a death-refusing hope at the very core of our humanitas. While empirical reason indicates that this hope is an illusion, there is something in us that, however shamefacedly in an age of triumphant rationality, goes on saying “no!” and even says “no!” to the ever so plausible explanations of empirical reason. In a world where man is surrounded by death on all sides, he continues to be a being who says “no!” to death – and through this “no!” is brought to faith in another world, the reality of which would validate his hope as something other than illusion.

I am less sure than Berger that hope is universal. It emerged as part of the spiritual landscape of Western civilisation through a quite specific set of beliefs: that God exists, that He cares about us, that He has made a covenant with humanity and a further covenant with the people He chose to be a living example of faith. That covenant transforms our understanding of history. God has given His word, and He will never break it, however much we may break our side of the promise. Without these beliefs, we would have no reason to hope at all.

History as conceived in this parsha is not utopian. Faith does not blind us to the apparent randomness of circumstance, the cruelty of fortune, or the seeming injustices of fate. No one reading Leviticus 26 can be an optimist. Yet no one sensitive to its message can abandon hope. Without this, Jews and Judaism would not have survived. Without belief in the covenant and its insistence, “Yet in spite of this,” there might have been no Jewish people after the destruction of one or other of the Temples, or the Holocaust itself. It is not too much to say that Jews kept hope alive, and hope kept the Jewish people alive.