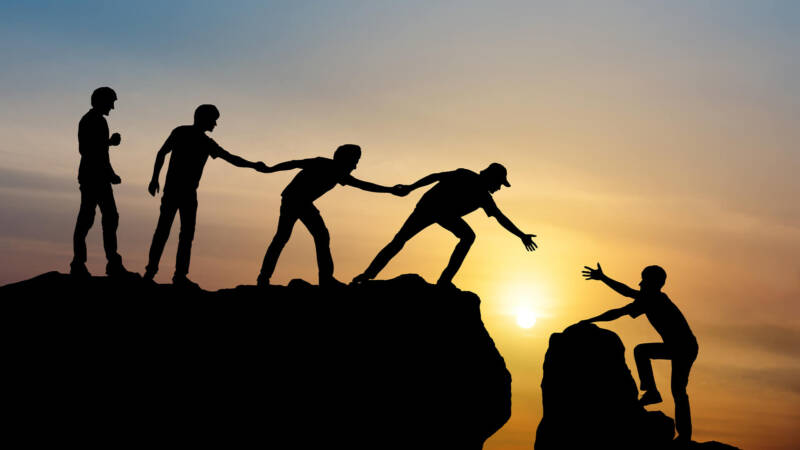 There is a lovely moment in this week’s parsha that shows Moses at the height of his generosity as a leader. It comes after one of his deepest moments of despair. The people, as is their wont, have been complaining, this time about the food. They are tired of the manna. They want meat instead. Moses, appalled that they have not yet learned to accept the hardships of freedom, prays to die. “If this is how You are going to treat me,” he says to God, “please go ahead and kill me right now – if I have found favour in Your eyes – and do not let me face my own ruin.” (Num. 11:15)

God tells him to appoint seventy elders to help him with the burdens of leadership. He does so, and the Divine Spirit rests on them all. But it also rests on two other men, Eldad and Medad, who were not among the chosen seventy. Evidently Moses had selected six men out of each of the twelve tribes, making 72, and then removed Eldad and Medad by lot. Nonetheless, they too were caught up in the moment of inspiration.[1]

Joshua, Moses’ deputy, warns that this is a potential threat, but Moses replies with splendid magnanimity: “Are you jealous for my sake? I wish that all the Lord’s people were Prophets and that the Lord would put His Spirit upon each of them!’ (Num. 11:29)

This contrasts sharply with Moses’ conduct later when his leadership is challenged by Korach and his followers. On that occasion he showed no gentleness or generosity. To the contrary, in effect he prays that the ground swallow them up, that “they go down alive into the realm of the dead.” (Num. 16:28-30) He is sharp, decisive and unforgiving. Why the different response to Korach on the one hand, and Eldad and Medad on the other?

To understand this, it is essential to grasp the difference between two concepts often confused, namely power and influence. We tend to think of them as similar if not identical. People of power have influence. People of influence have power. But the two are quite distinct and operate by a different logic, as a simple thought experiment will show.
Imagine you have total power. Whatever you say, goes. Then one day you decide to share your power with nine others. You now have, at best, one-tenth of the power you had before. Now imagine instead that you have a certain measure of influence. You decide to share that influence with nine others, whom you make your partners. You now have ten times the influence you had before, because instead of just you there are now ten people delivering the message.

Power works by division, influence by multiplication. Power, in other words, is a zero-sum game: the more you share, the less you have. Influence is not like this, as we see with our Prophets. When it comes to leadership-as-influence, the more we share the more we have.

Throughout his forty years at the head of the nation, Moses held two different leadership roles. He was a Prophet, teaching Torah to the Israelites and communicating with God. He was also the functional equivalent of a king, leading the people on their journeys, directing their destiny and supplying them with their needs. The one leadership role he did not have was that of High Priest, which went to his brother Aaron.

We can see this duality later in the narrative when he inducts Joshua as his successor. God commands him: ‘Take Joshua son of Nun, a man of spirit, and lay your hand on him … Give him some of your honour (hod) so that the whole Israelite community will obey him. (Num. 27:18-20)

Note the two different acts. One, “lay your hand [vesamachta] on him,” is the origin of term s’michah, whereby a Rabbi ordains a pupil, granting him the authority to make rulings in his own right. The Rabbis saw their role as a continuation of that of the Prophets (“Moses received the Torah from Sinai and transmitted it to Joshua; Joshua to the elders; the elders to the Prophets; and the Prophets handed it down to the men of the Great Assembly,” Mishnah Avot 1:1). By this act of s’michah, Moses was handing on to Joshua his role as Prophet.

By the other act, “Give him some of your honour,” he was inducting him into the role of King. The Hebrew word hod, honour, is associated with kingship, as in the biblical phrase hod malchut, “the honour of kingship” (Dan. 11:21; 1 Chronicles, 29:25).

Kings had power – including that of life and death (see Joshua 1:18). Prophets had none, but they had influence, not just during their lifetimes but, in many cases, to this day. To paraphrase Kierkegaard: when a King dies his power ends. When a Prophet dies his influence begins.

Now we see exactly why Moses’ reaction was so different in the case of Eldad and Medad, and that of Korach and his followers. Eldad and Medad sought and received no power. They merely received the same influence – the Divine Spirit that emanated from Moses. They became Prophets. That is why Moses said, “I wish that all the Lord’s people were Prophets and that the Lord would put His Spirit on them.”

Korach, or at least some of his followers, sought power, and power is a zero-sum game. When it comes to malchut, the leadership of power, the rule is: “There is one leader for the generation, not two.”[2] In kingship, a bid for power is an attempted coup d’etat and has to be resisted by force. Otherwise the result is a division of the nation into two, as happened after the death of King Solomon. Moses could not let the challenge of Korach go unchallenged without fatefully compromising his own authority.

So Judaism clearly demarcates between leadership as influence and leadership by power. It is unqualified in its endorsement of the first, and deeply ambivalent about the second. Tanach is a sustained polemic against the use of power. All power, according to the Torah, rightly belongs to God. The Torah recognises the need, in an imperfect world, for the use of coercive force in maintaining the rule of law and the defence of the realm. Hence its endorsement of the appointment of a King, should the people so desire it.[3] But this is clearly a concession, not an ideal.[4]

The real leadership embraced by Tanach and by rabbinic Judaism is that of influence, above all that of Prophets and teachers. As we have noted many times before, that is the ultimate accolade given to Moses by tradition. We know him as Moshe Rabbeinu, Moses our teacher. Moses was the first of a long line of figures in Jewish history – among them Ezra, Hillel, Rabban Yochanan ben Zakkai, Rabbi Akiva, the Sages of the Talmud and the scholars of the Middle Ages – who represent one of Judaism’s most revolutionary ideas: the teacher as hero.

Judaism was the first and greatest civilisation to predicate its very survival on education, houses of study, and learning as a religious experience higher even than prayer.[5] The reason is this: leaders are people able to mobilise others to act in certain ways. If they achieve this only because they hold power over them, this means treating people as means, not ends – as things not persons. Not accidentally, the single greatest writer on leadership as power was Machiavelli.

The other approach is to speak to people’s needs and aspirations, and teach them how to achieve these things together as a group. That is done through the power of a vision, force of personality, the ability to articulate shared ideals in a language with which people can identify, and the capacity to “raise up many disciples” who will continue the work into the future. Power diminishes those on whom it is exercised. Influence and education lift and enlarge them.

Judaism is a sustained protest against what Hobbes called the “general inclination of all mankind,” nameless “a perpetual and restless desire of power after power, that ceaseth only in death.”[6] That may be the reason why Jews have seldom exercised power for prolonged periods of time but have had an influence on the world out of all proportion to their numbers.

Not all of us have power, but we all have influence. That is why we can each be leaders. The most important forms of leadership come not with position, title or robes of office, not with prestige and power, but with the willingness to work with others to achieve what we cannot do alone; to speak, to listen, to teach, to learn, to treat other people’s views with respect even if they disagree with us, to explain patiently and cogently why we believe what we believe and why we do what we do; to encourage others, praise their best endeavours and challenge them to do better still.
Always choose influence rather than power. It helps change people into people who can change the world.