From Pain to Humility 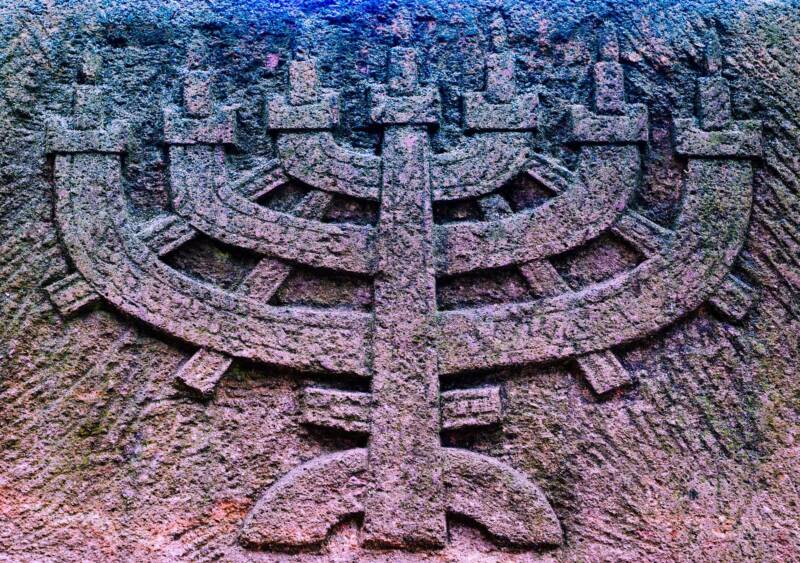 David Brooks, in his bestselling book, The Road to Character,[1] draws a sharp distinction between what he calls the résumé virtues – the achievements and skills that bring success – and the eulogy virtues, the ones that are spoken of at funerals: the virtues and strengths that make you the kind of person you are when you are not wearing masks or playing roles, the inner person that friends and family recognise as the real you.

Brooks relates this distinction to the one made by Rabbi Joseph Soloveitchik in his famous essay, The Lonely Man of Faith.[2] This essay speaks of “Adam I” – the human person as creator, builder, master of nature imposing his or her will on the world – and “Adam II”, the covenantal personality, living in obedience to a transcendent truth, guided by a sense of duty and right and the will to serve.

Adam I seeks success. Adam II strives for charity, love, and redemption. Adam I lives by the logic of economics – the pursuit of self-interest and maximum utility. Adam II lives by the very different logic of morality, where giving matters more than receiving, and conquering desire is more important than satisfying it. In the moral universe, success, when it leads to pride, becomes failure. Failure, when it leads to humility, can be success.

In that essay, first published in 1965, Rabbi Soloveitchik wondered whether there was a place for Adam II in the America of his day, so intent was it on celebrating human powers and economic advance. Fifty years on, Brooks echoes that doubt. “We live,” he says, “in a society that encourages us to think about how to have a great career but leaves many of us inarticulate about how to cultivate the inner life.”[3]

That is a central theme of Beha’alotecha. Until now we have seen the outer Moses, worker of miracles, mouthpiece of the Divine Word, unafraid to confront Pharaoh on the one hand, his own people on the other, the man who shattered the Tablets engraved by God Himself and who challenged Him to forgive His people, “and if not, blot me out of the book You have written” (Ex. 32:32). This is the public Moses, a figure of heroic strength. In Soloveitchik terminology, it is Moses I.

In Beha’alotecha we see Moses II, the lonely man of faith. It is a very different picture. In the first scene we see him break down. The people are complaining again about the food. They have manna but no meat. They engage in false nostalgia:

This is one act of ingratitude too many for Moses, who gives voice to deep despair:

“Why have You treated Your servant so badly? Why have I found so little favour in Your sight that You lay all the burden of this people upon me? Was it I who conceived all this people? Was it I who gave birth to them all, that You should say to me, ‘Carry them in your lap, as a nursemaid carries a baby’?… I cannot bear all this people alone; the burden is too heavy for me. If this is how You treat me, kill me now, if I have found favour in Your sight, and let me not see my own misery!”

Then comes the great transformation. God tells him to take seventy elders who will bear the burden with him. God takes the spirit that is on Moses and extends it to the elders. Two of them, Eldad and Medad, among the six chosen from each tribe but left out of the final ballot, begin prophesying within the camp. They too have caught Moses’ spirit. Joshua fears that this may lead to a challenge to Moses leadership and urges Moses to stop them. Moses answers with surpassing generosity:

“Are you jealous on my behalf? Would that all the Lord’s people were prophets, that He would rest His spirit upon them all!”

The mere fact that Moses now knew that he was not alone, seeing seventy elders share his spirit, cures him of his depression, and he now exudes a gentle, generous confidence that is moving and unexpected.

In the third act, we finally see where this drama has been tending. Now Moses’ own brother and sister, Aaron and Miriam, start disparaging him. The cause of their complaint (the “Ethiopian woman” he had taken as wife) is not clear and there are many interpretations. The point, though, is that for Moses, this is the “Et tu, Brute?” moment. He has been betrayed, or at least slandered, by those closest to him. Yet Moses is unaffected. It is here that the Torah makes its great statement:

“Now the man Moses was very humble, more so than any other man on Earth.”

This is a novum in history. The idea that a leader’s highest virtue is humility must have seemed absurd, almost self-contradictory, in the ancient world. Leaders were proud, magnificent, distinguished by their dress, appearance, and regal manner. They built temples in their own honour. They had triumphant inscriptions engraved for posterity. Their role was not to serve but to be served. Everyone else was expected to be humble, not they. Humility and majesty could not coexist.

In Judaism, this entire configuration was overturned. Leaders were there to serve, not to be served. Moses’ highest accolade was to be called Eved Hashem, God’s servant. Only one other person, Joshua, his successor, earns this title in Tanach. The architectural symbolism of the two great empires of the ancient world, the Mesopotamian ziggurat (the “tower of Babel”) and the pyramids of Egypt, visually represented a hierarchical society, broad at the base, narrow at the top. The Jewish symbol, the menorah, was the opposite, broad at the top, narrow at the base, as if to say that in Judaism the leader serves the people, not vice versa. Moses’ first response to God’s call at the Burning Bush was one of humility: “Who am I, to bring the Israelites out of Egypt?” (Ex. 3:11). It was precisely this humility that qualified him to lead.

In Beha’alotecha we track the psychological process by which Moses acquires a yet deeper level of humility. Under the stress of Israel’s continued recalcitrance, Moses turns inward. Listen again to what he says:

The key words here are “I,” “me” and “myself.” Moses has lapsed into the first person singular. He sees the Israelites’ behaviour as a challenge to himself, not God. God has to remind him, “Is the Lord’s arm too short”? It isn’t about Moses, it is about what and whom Moses represents.

Moses had been, for too long, alone. It was not that he needed the help of others to provide the people with food. That was something God would do without the need for any human intervention. It was that he needed the company of others to end his almost unbearable isolation. As I have noted elsewhere, the Torah only twice contains the phrase, lo tov, “not good,” once at the start of the human story when God says: “It is not good for man to be alone,” (Gen. 2:18), a second time when Yitro sees Moses leading alone and says: “What you are doing is not good.” (Ex. 18:17) We cannot live alone. We cannot lead alone.

As soon as Moses sees the seventy elders share his spirit, his depression disappears. He can say to Joshua, “Are you jealous on my behalf?” And he is undisturbed by the complaint of his own brother and sister, praying to God on Miriam’s behalf when she is punished with leprosy. He has recovered his humility.

We now understand what humility is. It is not self-abasement. A statement often attributed to C. S. Lewis puts it best: humility is not thinking less of yourself. It is thinking of yourself less.

True humility means silencing the “I.” For genuinely humble people, it is God and other people and principle that matter, not me. As it was once said of a great religious leader, “He was a man who took God so seriously that he didn’t have to take himself seriously at all.”

Rabbi Yochanan said, “Wherever you find the greatness of the Holy One, blessed be He, there you find His humility.” (Megillah 31a). Greatness is humility, for God and for those who seek to walk in His ways. It is also the greatest single source of strength, for if we do not think about the “I,” we cannot be injured by those who criticise or demean us. They are shooting at a target that no longer exists.

What Beha’alotecha is telling us through these three scenes in Moses’ life is that we sometimes achieve humility only after a great psychological crisis. It is only after Moses had suffered a breakdown and prayed to die that we hear the words, “The man Moses was very humble, more so than anyone on earth.” Suffering breaks through the carapace of the self, making us realise that what matters is not self-regard but rather the part we play in a scheme altogether larger than we are. Lehavdil, Brooks reminds us that Abraham Lincoln, who suffered from depression, emerged from the crisis of civil war with the sense that “Providence had taken control of his life, that he was a small instrument in a transcendent task.”[4]

The right response to existential pain, Brooks says, is not pleasure but holiness, by which he means, “seeing the pain as part of a moral narrative and trying to redeem something bad by turning it into something sacred, some act of sacrificial service that will put oneself in fraternity with the wider community and with eternal moral demands.” This, for me, was epitomised by the parents of the three Israeli teenagers killed in the summer of 2014, who responded to their loss by creating a series of awards for those who have done most to enhance the unity of the Jewish people – turning their pain outward, and using it to help heal other wounds within the nation.

Crisis, failure, loss, or pain can move us from Adam I to Adam II, from self- to other-directedness, from mastery to service, and from the vulnerability of the “I” to the humility that “reminds you that you are not the centre of the universe,” but rather that “you serve a larger order.”[5]