Is a Leader a Nursing Father? 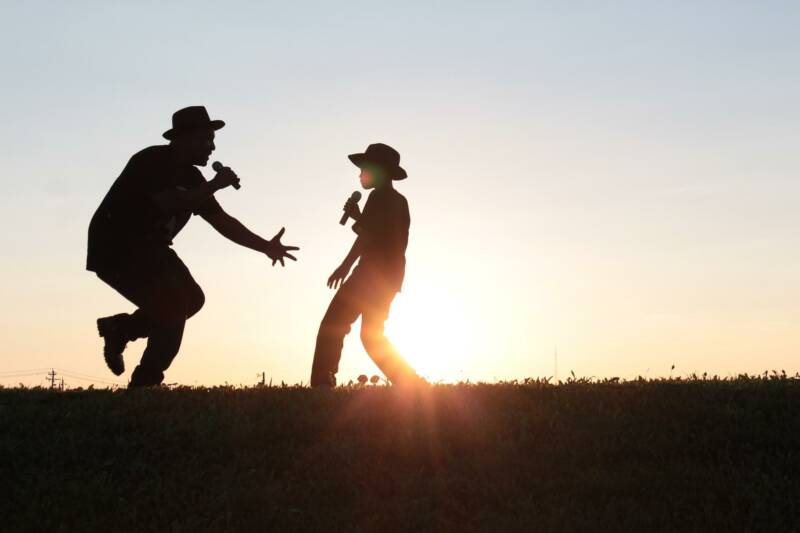 It was the emotional low of Moses’ life. After the drama at Sinai, the revelation, the Golden Calf, the forgiveness, the building of the Tabernacle and the book-length codes of purity and holiness, all the people can think about is food.

“Who will give us meat to eat! We remember the fish we ate in Egypt at no cost, the cucumbers, and the melons, and the leeks, and the onions, and the garlic! But now our throats are dry. There is nothing at all but this manna to look at.”

It was enough to make anyone despair, even a Moses. But the words he speaks are shattering. He says to God:

“Why have You treated Your servant so badly? Why have I found so little favour in Your sight that You lay all the burden of this people upon me? Was it I who conceived all this people? Was it I who gave birth to them all, that You should say to me, ‘Carry them in your lap, as a nursemaid carries a baby’?… I cannot bear all this people alone; the burden is too heavy for me. If this is how You treat me, kill me now, if I have found favour in Your sight, and let me not see my own misery!”

These words deserve the closest attention. Inevitably our attention focuses on the last remark, Moses’ wish to die. But actually this is not the most interesting part of his speech. Moses was not the only Jewish leader to pray to die. So did Elijah. So did Jeremiah. So did Jonah. Leadership is difficult; leadership of the Jewish people almost impossible. That is an old story and not an uplifting one.

The real interest lies elsewhere, when Moses says: “Why do you tell me to carry them in my arms, as a nurse carries an infant?” But God never used those words. He never remotely implied such a thing. God asked Moses to lead but He did not tell him how to lead. He told Moses what to do, but He did not discuss his leadership style.

The man who gave Moses his first tutorial in leadership was his father-in-law Jethro, who warned him of the risk of the very burn-out he is now experiencing.

“What you are doing is not good. You will be worn away, and this people along with you. and these people who come to you will only wear yourselves out. It is too heavy a burden for you. You cannot carry it alone”

He then told him to delegate and share his burden with a team of leaders, much as God is about to do in our parsha.

Interestingly, Moses’ burn-out occurs immediately after we read, at the end of the previous chapter, of Jethro’s departure. Something very similar happens later in parshat Chukat (Num. 20). First we read of the death of Miriam. Then immediately there follows the scene at Merivah when the people ask for water and Moses loses his temper and strikes the rock, the act that costs him the chance to lead the people across the Jordan into the promised land. It seems that in their different ways, Jethro and Miriam were essential emotional supports for Moses. When they were there, he coped. When they were not, he lost his poise. Leaders need soul-mates, people who lift their spirits and give them the strength to carry on. No one can lead alone.

But to return to Moses’ speech to God, the Torah may be hinting here that the way Moses conceived the role of leader was itself part of the problem. “Did I conceive all these people? Did I give them birth? Why do You tell me to carry them in my arms, as a nurse carries an infant?” This is the language of the leader-as-parent, the “great man” theory of leadership.

Building on, and going beyond, the theories of Gustave le Bon and the “group mind,” Sigmund Freud argued that crowds become dangerous when a certain kind of leader comes to power.[1] Such a leader, often highly charismatic, resolves the tensions within the group by seeming to promise solutions to all their problems. He is strong. He is persuasive. He is clear. He offers a simple analysis of why the people are suffering. He identifies enemies, focuses energies, and makes the people feel whole, complete, part of something great. “Leave it to me,” he seems to say. “All you have to do is follow and obey.”

Moses never was that kind of leader. He said of himself, “I am not a man of words.” He was not particularly close to the people. Aaron was. Perhaps Miriam was also. Caleb had the power to calm the people, at least temporarily. Moses had neither the gift nor the desire to sway crowds, resolve complexity, attract a mass following or win popularity. That was not the kind of leader the Israelites needed, which is why God chose Moses, not a man seeking power but one with a burning sense of justice and a passion for liberty.

Moses, though, seems to have felt that the leader must do it all: he must be the people’s father, mother, and nurse-maid. He must be the doer, the problem-solver, omniscient and omni-competent. If something needs to be done it is for the leader – turning to God and asking for His help – to do it.

The trouble is that if the leader is a parent, then the followers remain children. They are totally dependent on him. They do not develop skills of their own. They do not acquire a sense of responsibility or the self-confidence that comes from exercising it. So when Moses is not there – he has been up the mountain for a long time and we do not know what has happened to him – the people panic and make a Golden Calf. Which is why God tells Moses to gather a team of seventy leaders to share the burden with him. Don’t even try to do it all yourself.

The “great man” theory of leadership haunts Jewish history like a recurring nightmare. In the days of Samuel the people believe all their problems will be solved if they appoint a king “like all the other nations.” In vain, Samuel warns them that this will only make their problems worse. Saul looks the part, handsome, upright, “a head taller than anyone else” (1 Sam. 9), but he lacks strength of character. David commits adultery. Solomon, blessed with wisdom, is seduced by his wives into folly. The kingdom splits. Only a few subsequent kings are equal to the moral and spiritual challenge of combining faith in God with a politics of realism and civic virtue.

During the Second Temple period, the success of the Maccabees was dramatic but short-lived. The Hasmonean kings themselves became Hellenised. The office of High Priest became politicised. No one could contain the growing rifts within the nation. Having defeated the Greeks, the nation fell to the Romans. Sixty years later Rabbi Akiva identified Bar Kochba as another “great man” in the mould of Judah the Maccabee, and the result was the worst tragedy in Jewish history until the Holocaust.

Judaism is about diffused responsibility, making each individual count, building cohesive teams on the basis of a shared vision, educating people to their full potential, and valuing honest argument and the dignity of dissent. That is the kind of culture the rabbis inculcated during the centuries of dispersion. It is how the pioneers built the land and state of Israel in modern times. It is the vision Moses articulated in the last month of his life in the book of Devarim.

This calls for leaders who inspire others with their vision, delegating, empowering, guiding, encouraging and making space. That is what God was hinting to Moses when he told him to take seventy elders and let them stand with him in the tent of meeting, and

“I will come down and speak with you there, and I will take some of the spirit that is on you and place it upon them.”

God was telling Moses that great leaders do not create followers; they create leaders. They share their inspiration. They give of their spirit to others. They do not see the people they lead as children who need a father-mother-nursemaid, but as adults who need to be educated to take individual and collective responsibility for their own future.

People become what their leader gives them the space to become. When that space is large, they grow into greatness.