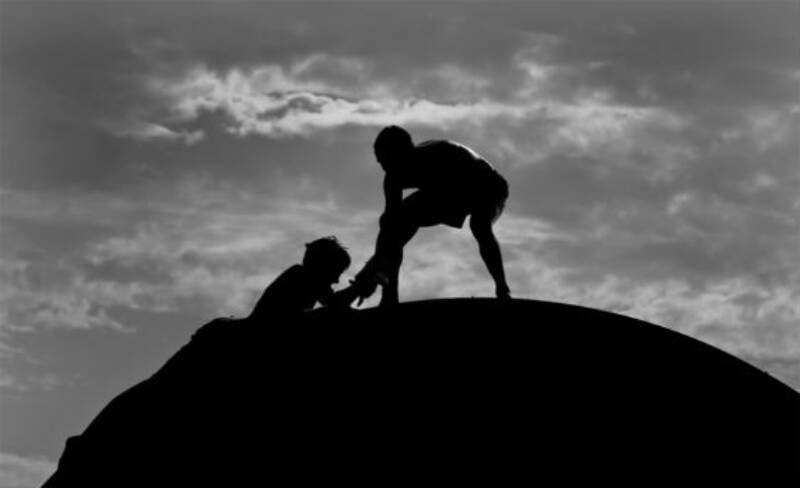 I argued in my Covenant and Conversation for parshat Kedoshim that Judaism is more than an ethnicity. It is a call to holiness. In one sense, however, there is an important ethnic dimension to Judaism.

It is best captured in the 1980s joke about an advertising campaign in New York. Throughout the city there were giant posters with the slogan, “You have a friend in the Chase Manhattan Bank.” Underneath one, an Israeli had scribbled the words, “But in Bank Leumi you have mishpachah.” Jews are, and are conscious of being, a single extended family.

This is particularly evident in this week’s parsha. Repeatedly we read of social legislation couched in the language of family:

When you buy or sell to your neighbour, let no one wrong his brother.

If your brother becomes impoverished and sells some of his property, his near redeemer is to come to you and redeem what his brother sold.

If your brother is impoverished and indebted to you, you must support him; he must live with you like a foreign resident. Do not take interest or profit from him, but fear your God and let your brother live with you. (25:35-36)

If your brother becomes impoverished and is sold to you, do not work him like a slave.

“Your brother” in these verses is not meant literally. At times it means “your relative”, but mostly it means “your fellow Jew”. This is a distinctive way of thinking about society and our obligations to others. Jews are not just citizens of the same nation or adherents of the same faith. We are members of the same extended family. We are – biologically or electively – children of Abraham and Sarah. For the most part, we share the same history. On the festivals we relive the same memories. We were forged in the same crucible of suffering. We are more than friends. We are mishpachah, family.

The concept of family is absolutely fundamental to Judaism. Consider the book of Genesis, the Torah’s starting-point. It is not primarily about theology, doctrine, dogma. It is not a polemic against idolatry. It is about families: husbands and wives, parents and children, brothers and sisters.

At key moments in the Torah, God himself defines his relationship with the Israelites in terms of family. He tells Moses to say to Pharaoh in his name: “My child, my firstborn, Israel” (Ex. 4:22). When Moses wants to explain to the Israelites why they have a duty to be holy he says, “You are children of the Lord your God” (Deut. 14:1). If God is our parent, then we are all brothers and sisters. We are related by bonds that go to the very heart of who we are.

The prophets continued the metaphor. There is a lovely passage in Hosea in which the prophet describes God as a parent teaching a young child how to take its first faltering steps: “When Israel was a child, I loved him, and out of Egypt I called my son … It was I who taught Ephraim to walk, taking them by the arms … To them I was like one who lifts a little child to the cheek, and I bent down to feed them.” (Hosea 11:1-4).

The same image is continued in rabbinic Judaism. In one of the most famous phrases of prayer, Rabbi Akiva used the words Avinu Malkeinu, “Our Father, our King”. That is a precise and deliberate expression. God is indeed our sovereign, our lawgiver and our judge, but before He is any of these things He is our parent and we are His children. That is why we believe divine compassion will always override strict justice.

This concept of Jews as an extended family is powerfully expressed in Maimonides’ Laws of Charity:

The entire Jewish people and all those who attach themselves to them are like brothers, as [Deuteronomy 14:1] states: “You are children of the Lord your God.” And if a brother will not show mercy to a brother, who will show mercy to them? To whom do the poor of Israel lift up their eyes? To the gentiles who hate them and pursue them? Their eyes are turned to their brethren alone.[1]

This sense of kinship, fraternity and the family bond, is at the heart of the idea of Kol Yisrael arevin zeh bazeh, “All Jews are responsible for one another.” Or as Rabbi Shimon bar Yohai put it, “When one Jew is injured, all Jews feel the pain.”[2]

Why is Judaism built on this model of the family? Partly to tell us that God did not choose an elite of the righteous or a sect of the likeminded. He chose a family – Abraham and Sarah’s descendants — extended through time. The family is the most powerful vehicle of continuity, and the kinds of changes Jews were expected to make to the world could not be achieved in a single generation. Hence the importance of the family as a place of education (“You shall teach these things repeatedly to your children …”) and of handing the story on, especially on Pesach through the Seder service.

Another reason is that family feeling is the most primal and powerful moral bond. The scientist J. B. S. Haldane famously said, when asked whether he would jump into a river and risk his life to save his drowning brother, “No, but I would do so to save two brothers or eight cousins.” The point he was making was that we share 50 per cent of our genes with our siblings, and an eighth with our cousins. Taking a risk to save them is a way of ensuring that our genes are passed on to the next generation. This principle, known as “kin selection”, is the most basic form of human altruism. It is where the moral sense is born.

That is a key insight, not only of biology but also of political theory. Edmund Burke famously said that “To be attached to the subdivision, to love the little platoon we belong to in society, is the first principle (the germ as it were) of public affections. It is the first link in the series by which we proceed towards a love to our country, and to mankind.”[3] Likewise Alexis de Tocqueville said, “As long as family feeling was kept alive, the opponent of oppression was never alone.”[4]

Strong families are essential to free societies. Where families are strong, a sense of altruism exists that can be extended outward, from family to friends to neighbours to community and from there to the nation as a whole.

It was the sense of family that kept Jews linked in a web of mutual obligation despite the fact that they were scattered across the world. Does it still exist? Sometimes the divisions in the Jewish world go so deep, and the insults hurled by one group against another are so brutal that one could almost be persuaded that it does not. In the 1950s Martin Buber expressed the belief that the Jewish people in the traditional sense no longer existed. Knesset Yisrael, the covenantal people as a single entity before God, was no more. The divisions between Jews, religious and secular, orthodox and non-orthodox, Zionist and non-Zionist, had, he thought, fragmented the people beyond hope of repair.

Yet that conclusion is premature for precisely the reason that makes family so elemental a bond. Argue with your friend and tomorrow he may no longer be your friend, but argue with your brother and tomorrow he is still your brother. The book of Genesis is full of sibling rivalries but they do not all end the same way. The story of Cain and Abel ends with Abel dead. The story of Isaac and Ishmael ends with their standing together at Abraham’s grave. The story of Esau and Jacob reaches a climax when, after a long separation, they meet, embrace and go their separate ways. The story of Joseph and his brothers begins with animosity but ends with forgiveness and reconciliation. Even the most dysfunctional families can eventually come together.

The Jewish people remains a family, often divided, always argumentative, but bound in a common bond of fate nonetheless. As our parsha reminds us, that person who has fallen is our brother or sister, and ours must be the hand that helps them rise again.